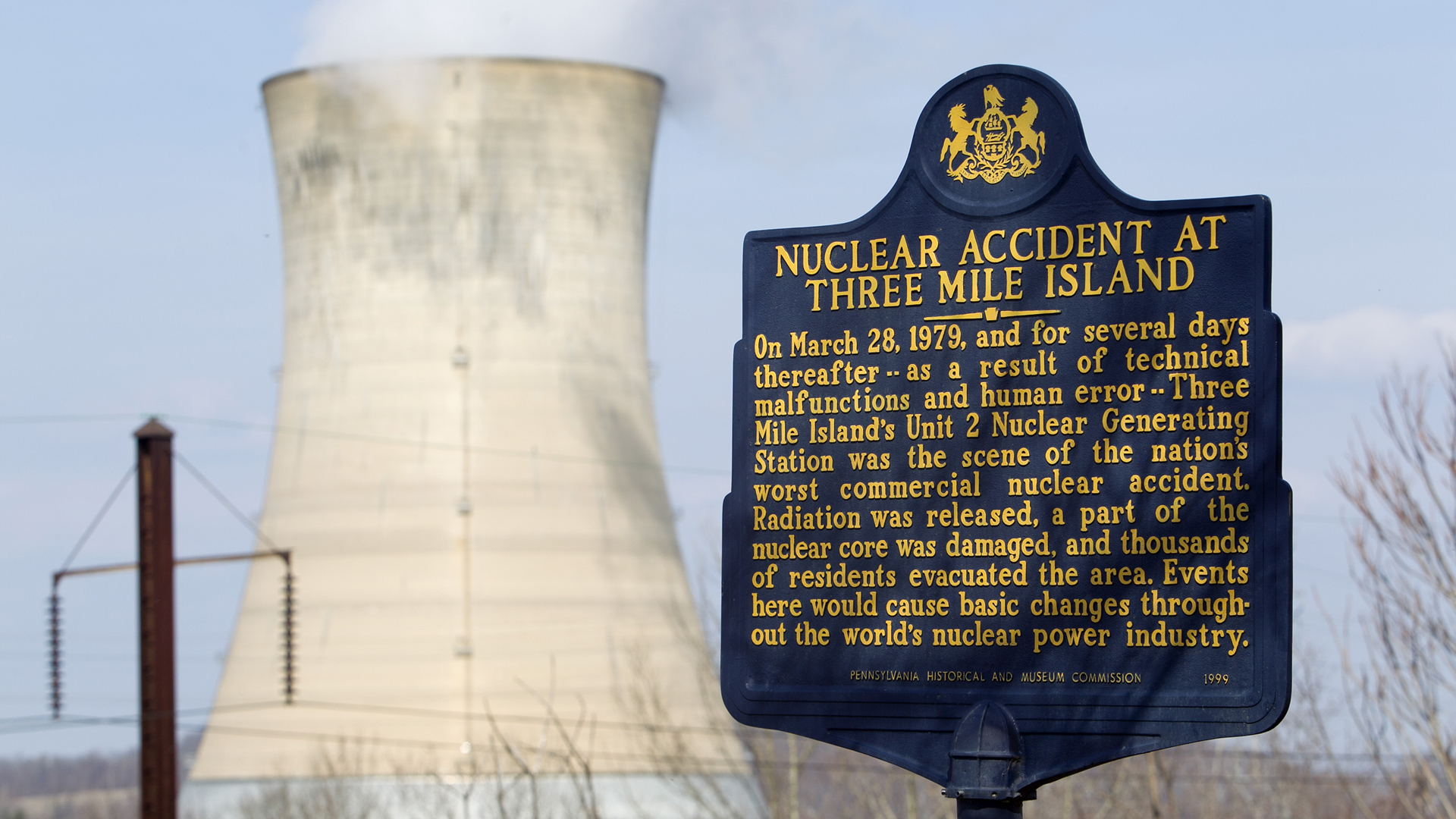 For my dad, who built his career at Three Mile Island, and whose own reliable, continuous energy powered our family.

My memories of TMI, however, are different. My dad spent his entire career working at the power plant—from starting as a security guard to passing many nuclear safety exams and becoming an Instrumentation and Controls Technician. When I think of TMI, I think of company-sponsored Christmas parties or Easter egg hunts, with only the Susquehanna river separating 5-year-old me from the site of the worst commercial nuclear accident in United States history. The cooling towers are a characteristic presence of my south-central Pennsylvania home; their ominous yet powerful disposition is representative of how nuclear energy brought reliable electricity, economic opportunity—and lingering unease—to my hometown for over fifty years.

On September 20, 2019, TMI-1 officially shut down, and the incredibly timely and expensive process of decommissioning and clean-up is just beginning. As 2019 is also the forty-year anniversary of the accident, now seems an important time to reflect on the history and impact of Three Mile Island and nuclear energy in the United States.

The Physics of a Nuclear Reactor

Nuclear reactors are designed to achieve one simple goal—to heat water. The heated water, in turn, produces steam, which drives a turbine that turns a generator to produce electricity. Three Mile Island is a pressurized water reactor, meaning that the water heated by the reactor is kept under extremely high pressure. The essential working parts of the TMI-2 system are the reactor, water, steam generators, steam turbine, pumps that circulate water through the system, and a pressurizer.

Reactors run because of fission: the splitting apart of nuclei. All nuclear reactors in the United States that produce commercial electricity are powered with Uranium fuel. When free neutrons strike a Uranium nucleus, it splits apart, and most of that energy is directly converted into heat. As these free neutrons strike other Uranium atoms, it creates a chain reaction, and nuclear reactors are designed to sustain this reaction to continuously produce energy. Steam escapes as the only emission from the cooling towers, which is not only critical for producing electricity, but for removing the intense heat that the reactor water carries.

To prevent the fission reaction from multiplying, nuclear reactors are equipped with control rods made from materials that easily absorb neutrons. Control rods are withdrawn to initiate a chain reaction and are submerged to varying degrees and lengths in order to manage it. This is how operators control how much energy a power plant produces.

At 4:00 in the morning, several water pumps stopped working (“tripped”) in the TMI-2 unit. When the pumps stopped, the flow of water to the steam generators stopped, which caused the temperature of the reactor coolant to increase. The rapidly heating water expanded, and pressure levels began to rise. The valve on top of the pressurizer opened as it was designed to do, but pressure continued to increase. The reactor “scrammed,” just as it was designed to do, and the control rods dropped down into the core to stop the nuclear fission reaction. The valve should have eventually closed when the pressure dropped back down to normal levels—but it didn’t.

A combination of mechanical and human errors compounded what could have only been a minor inconvenience. The operators took manual control of the water system, because they feared the core “going solid”—having too much water and losing control of pressure. Measuring instruments were sending inaccurate readings to the control room, and alarms were going off but “not giving [operators] any useful information.”[2] By around 5:00 a.m., technicians were monitoring increasing radiation levels; an on-site emergency was declared around 6:30 a.m. The plant remained in crises for the next several days, and ultimately, radiation was purposefully leaked into the air to relieve pressure within the system, avoiding the possibility of a then-suspected (but later disproven) hydrogen bubble explosion.[3] The plant remained in crisis for five days.

“It didn’t hit me until I heard that [employees were being evacuated]. And I said to myself, ‘This is the biggie.’” William E. Dornsife, staff member at the Bureau of Radiation Protection.

Following the accident, news spread quickly and inaccurately. Uncertainty within the power plant as operators and officials worked to stabilize the core meant that the information provided to government agencies was fragmented, sometimes contradictory, and generally understated the severity of the accident in communications with the public.[4] Millions of Americans learned about the accident that evening from national news outlets:

“It was the first step in a nuclear nightmare. As far as we know at this hour, no worse than that.”

Miscommunication fostered wide-spread mistrust, inspiring local and national protests demanding an end to nuclear proliferation. Even thousands of demonstrators in Europe marched under the slogan, “We All Live In Pennsylvania.”[5] The Nuclear Regulatory Commission (NRC) debated calling for an wide-spread evacuation, and did so without the knowledge that the radioactive core had melted, but many families chose to leave from the immediate area anyway (including my mother, aunt, and grandparents). Images of nuclear disasters had already saturated American media for years leading up to the accident, and the ambiguous messages from Metropolitan Edison (“Met-Ed,” the company who owned Three Mile Island), the NRC, and media outlets only exacerbated the unease already felt by local residents.[6]

“The psychological toll, however, was immense. Even before the accident, America’s romance with nuclear power had begun to chill. Three Mile Island sent it into a deep freeze.”[7]

Two weeks after the partial meltdown, President Jimmy Carter (who had a background in nuclear engineering) appointed a Commission on the Accident at Three Mile Island, charged to “conduct a comprehensive study and investigation of the recent accident involving the nuclear power facility.”[8] Their findings were released in a 200-page report, titled The Need for Change, the Legacy of TMI: Report of the President’s Commission on the Accident at Three Mile Island. The report includes a detailed “Account of the Accident,” and their overall conclusion is presented on the first page: “To prevent nuclear accidents as serious as Three Mile Island, fundamental changes will be necessary in the organization procedure and practices – and, above all – in the attitudes of the Nuclear Regulatory Commission and, to the extent that the institutions we investigated are typical of nuclear industry.”[9] 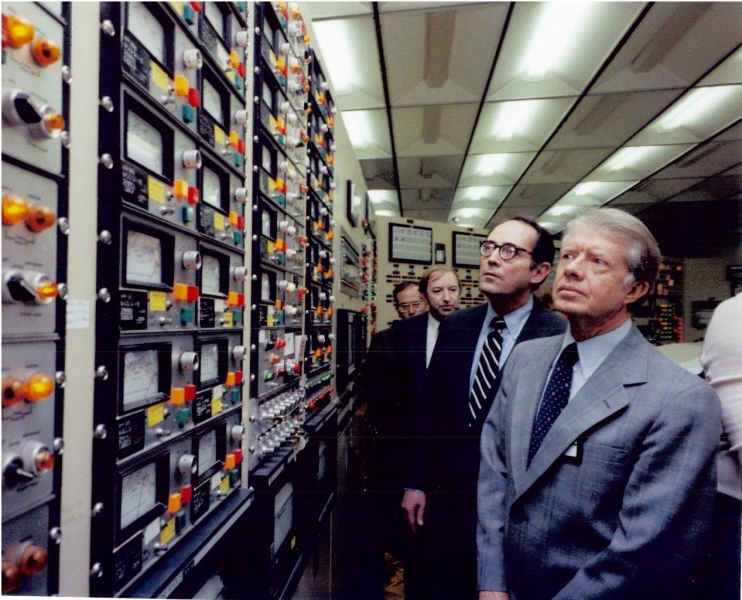 Blame was placed all around: on Met-Ed, the Nuclear Regulatory Commission, control room operators, and many others. In their report, the Commission notes, “the accident was initiated by mechanical malfunctions in the plant and made much worse by a combination of human errors responding to it.”[10] Although the mechanical errors were investigated closely, the Committee’s findings brought significant attention to how unprepared the responsible organizations were to handle such a crisis, particularly regarding their communication networks.

TMI-2 struggled to recover from the accident. In the decades since, TMI-1 has continued normal operations. But because the power plant was initially designed to operate two cores, TMI-1 and TMI-2, the plant began consistently and reliably losing money. In 2017, Exelon (current owner) failed to convince Pennsylvania state lawmakers to allocate necessary funds to keep the power plant competitive against cheaper energy sources, such as natural gas, and it was announced that the plant would eventually shut down.

TMI-1 officially closed on September 20, 2019. Exelon released a statement on the day of the closure, saying that “at a time when our communities are demanding more clean energy to address climate change, it’s regrettable that state law does not support the continued operation of this safe and reliable source of carbon-free power.”[11] The decommissioning process will take decades and is estimated to cost at least $1 billion dollars.

The future of nuclear power is unclear at best. As nuclear fear seems to have returned to the spotlight—for example, HBO’s Emmy-winning miniseries about the Chernobyl meltdown—the conversation about nuclear energy remains difficult (and quite personal) for many. Although a clean, reliable energy source, nuclear power comes with its own unique risks. Even now, forty years after the partial meltdown at TMI, nuclear power plants are surrounded by persistent debate and politicization, fueled in part by a deep fear of invisible threats we cannot seem to fully control.

A month-long multimedia project in collaboration between PA Post, WITF and PennLive looking at the accident, its impact and the future of TMI and the nuclear industry.

[9] The need for change, the legacy of TMI : Report of the President’s Commission on the Accident at Three Mile Island, 7.

[10] The need for change, the legacy of TMI : Report of the President’s Commission on the Accident at Three Mile Island, 2.

What’s So Special About Nuclei and Particles
POTM: The letter S
From Artificial Radioactivity to Mainstream Medicine
Acquisitions Spotlight 2020
Optimism and Other Poems
The Search for Extraterrestrial Life in the Photo Archives
Zoom Backgrounds from the Archives, part 3
Book or Movie?
In the Sky with Diamonds: Physics in the 1960s
Vera Rubin: A Life, with Author Dr. Jacqueline Mitton