Zoom Backgrounds from the Archives

Zoom Backgrounds from the Archives

We’re all spending more time on our computers these days in video chats for class, work, and the good old chinwag with friends and family. If you need a new virtual background, don’t fear! Our staff has chosen some of our favorite images from the Emilio Segrè Visual Archives and made them available, sized to fit perfectly in your video chat tool of choice (Zoom, Teams, etc.). If you are a teacher, you could even use one of these backgrounds to introduce a topic! Download below: 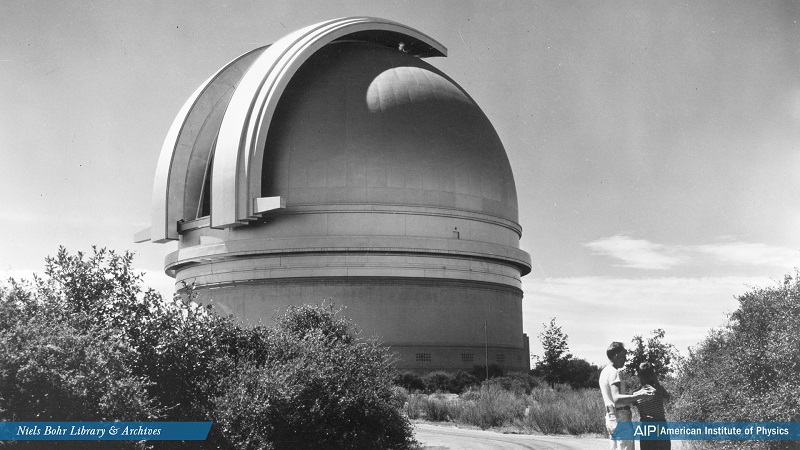 Palomar Observatory: the huge dome on Palomar Mountain 65 miles north of San Diego City, housed the world's largest telescope (1948-1993). The giant 200-inch mirror enables scientists to explore an area one billion light years away. The observatory is accessed via the scenic 'highway to the stars' through San Diego's backcountry.

Horace Crane and the Machine 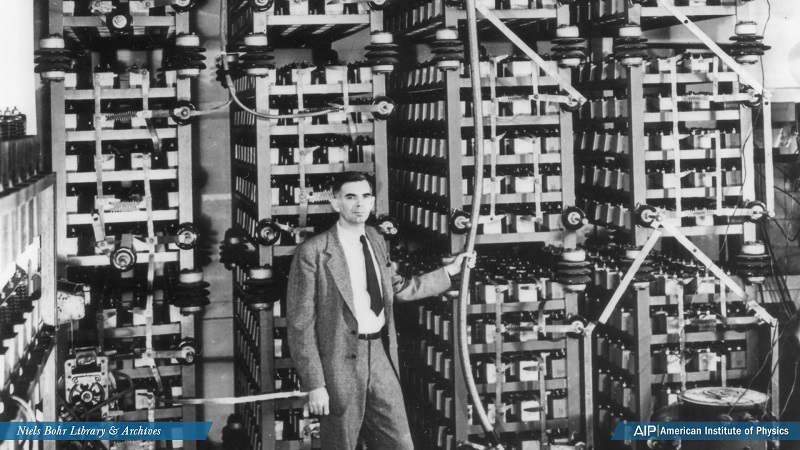 Horace Crane stands in front of equipment, 1948. Crane was the inventor of the University of Michigan's electron synchrotron. His research also provided evidence that neutrinos existed. 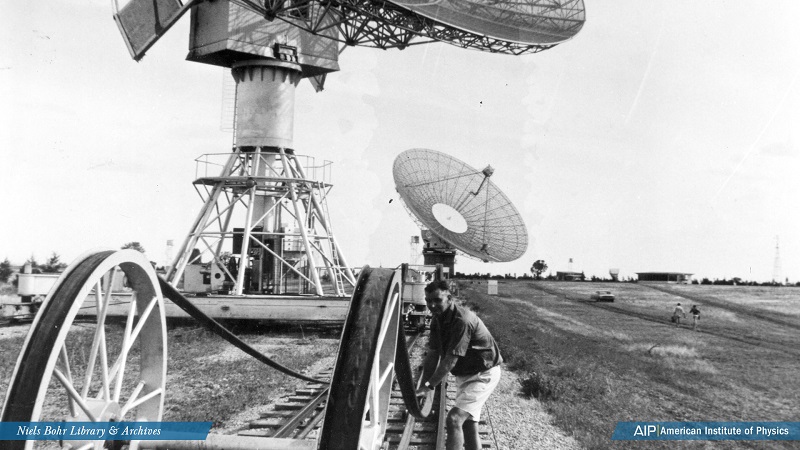 Searching for quasars with a radio telescope rolling on a railroad track, in Australia, a scene from 'The Violent Universe' on Public Broadcast Laboratory. 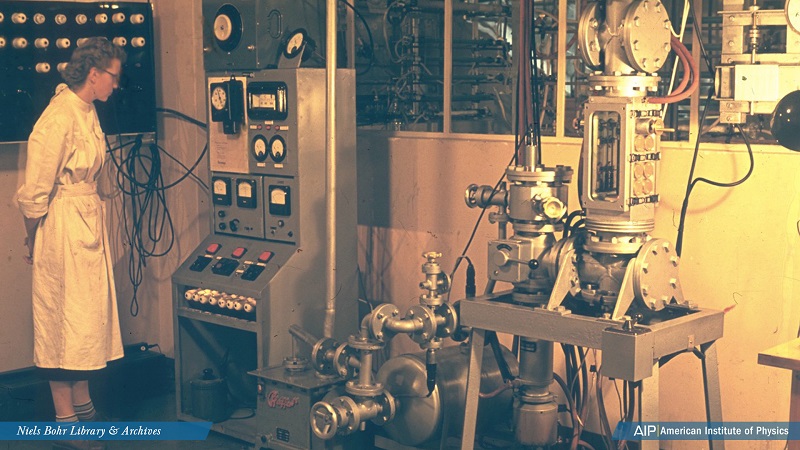 Germanium chochralski crystal oven in operation at Intermetall, the first European company with a production program for semiconductor diodes and transistors, founded in 1952 by Herbert Matare and businessman Jakob Michael. 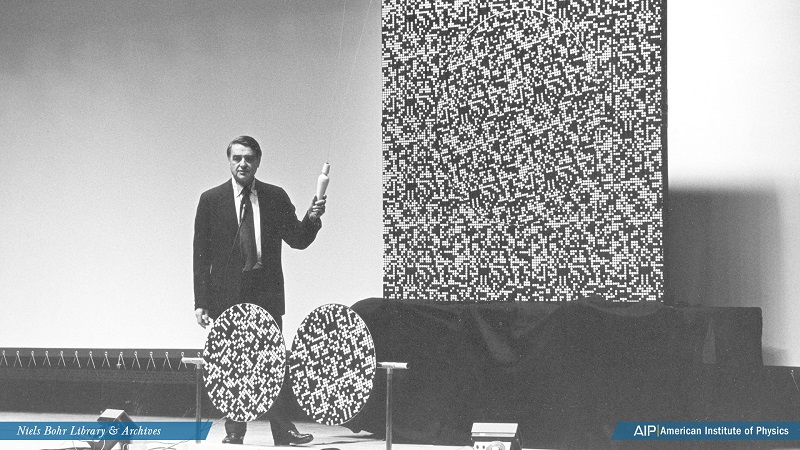 Edwin H. Land prepares to demonstrate an optical illusion before an audience in Shriver Hall, Johns Hopkins University, Baltimore, Maryland. Land contributed to color theory and the optics field and co-founded the Polaroid corporation, which produced an instant camera based on his design in 1948. 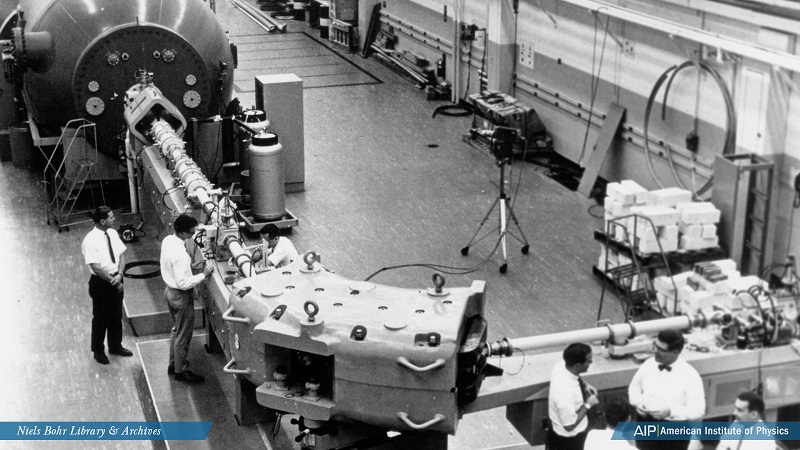 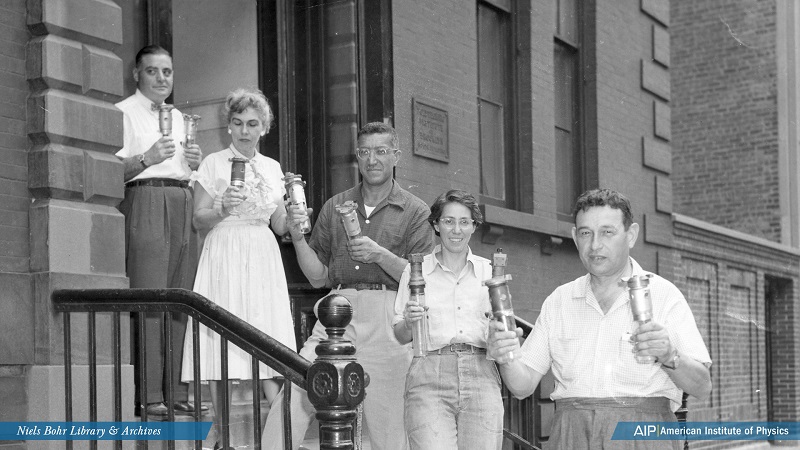 Isidor Fankuchen and others (unidentified) move x-ray tubes from the laboratory. Frankuchen was known for his work in crystallography.

Hedwig Kohn boarding a mountain railway train. After being fired from the physics department at Breslau University (now the University of Wroclaw) during World War II for being Jewish, she obtained a visa from the United States. She spent the majority of her career in the US at Wellesley College, where she established a flame spectroscopy research lab.

Group Portrait at the Niels Bohr Institute in Copenhagen 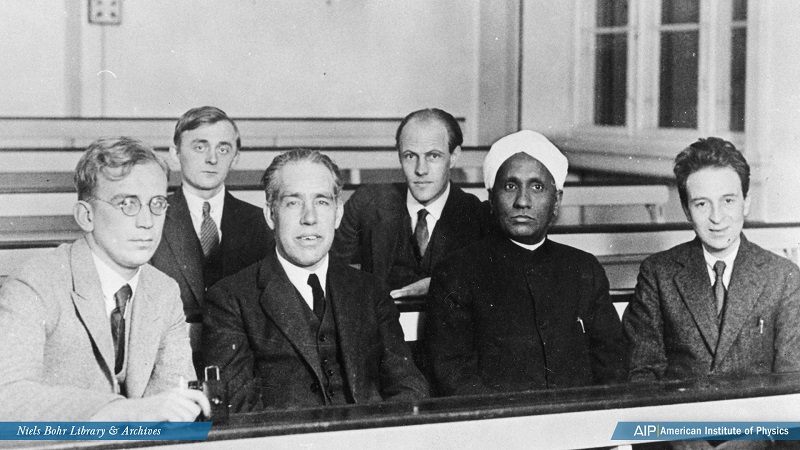 It's Time to Vote!
Zoom Backgrounds from the Archives
Breaking the Barrier: Dr. Abdus Salam
The Best Medicine
Complements to Physics: How History Can Enhance Physics Teaching
Author Jamie Holmes: An Interview
Living With Radiation
Unifying
A Visual Walk Through the Fundamentals
Beat the Heat with Liquid Nitrogen