Results from the 2018 Academic Workforce Survey

Table 1 shows the total estimated number of physics faculty members departing their academic departments in the 2016–17 academic year, for any reason. 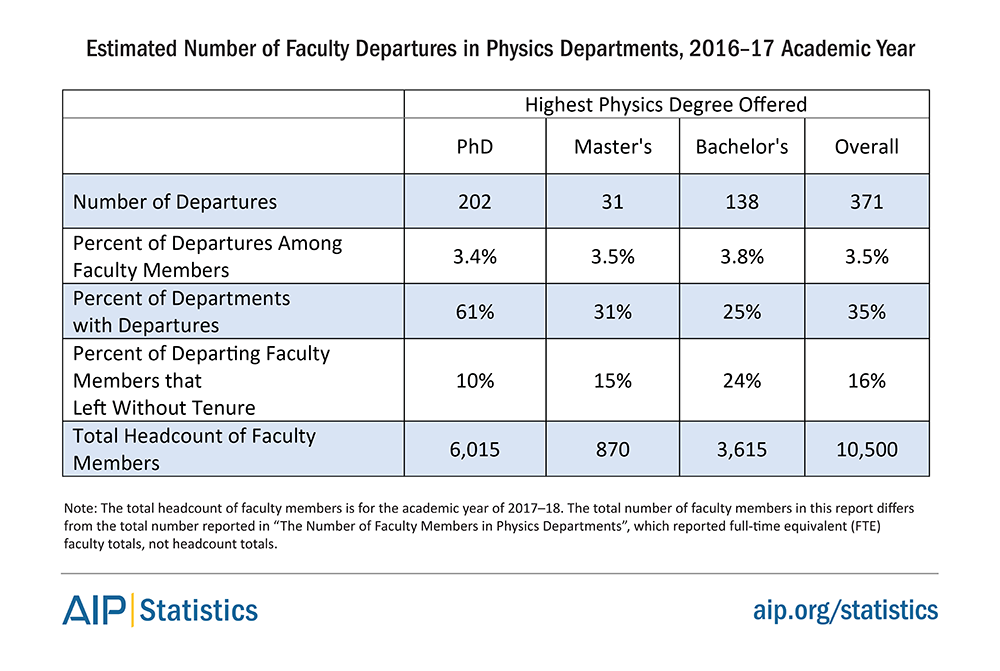 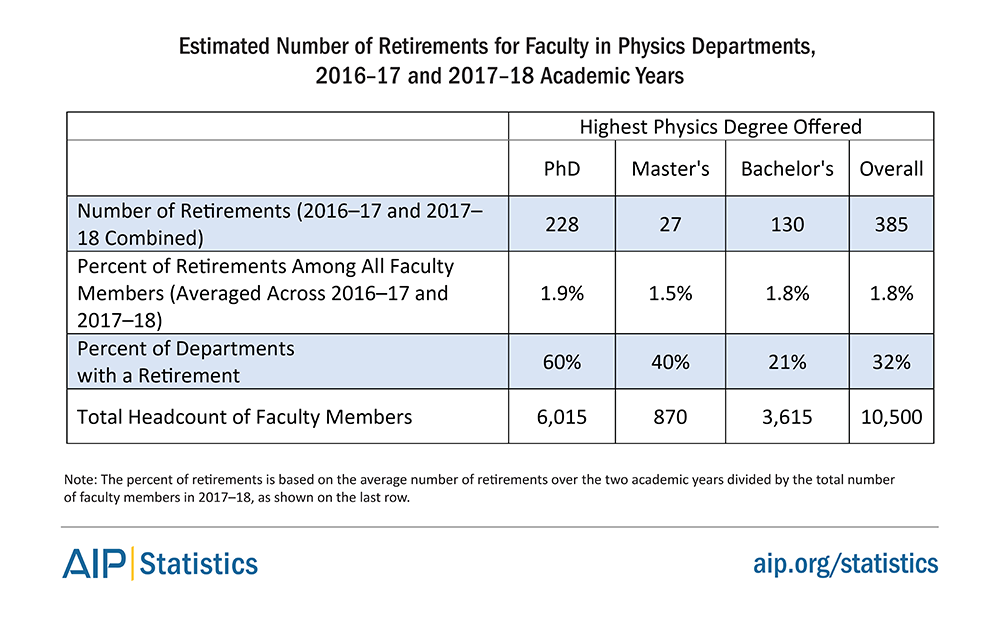 Departments were asked how many new faculty positions they recruited or planned to recruit for the 2018–19 academic year. It is important to note that not all planned recruitments would be filled in 2018–19. Positions may be filled in later years, searches may result in no candidates, or administrative decisions outside of the department may cause a position to be closed. Table 3 shows the number of recruitments by position type. In total, there were 570 faculty member recruitments for 2018–19, and 45% of physics departments were recruiting for full-time positions. The largest proportion of recruitments was at PhD-granting departments, with 66% of departments recruiting. 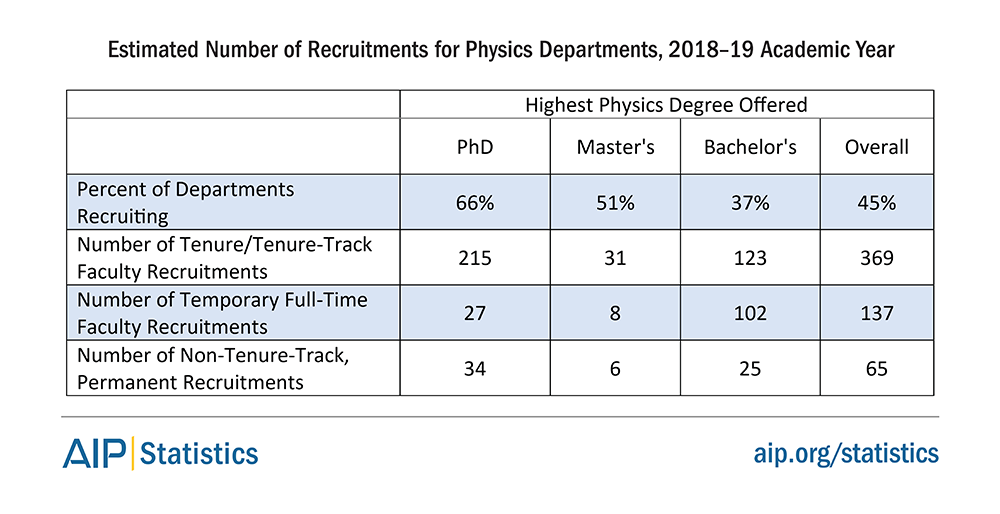 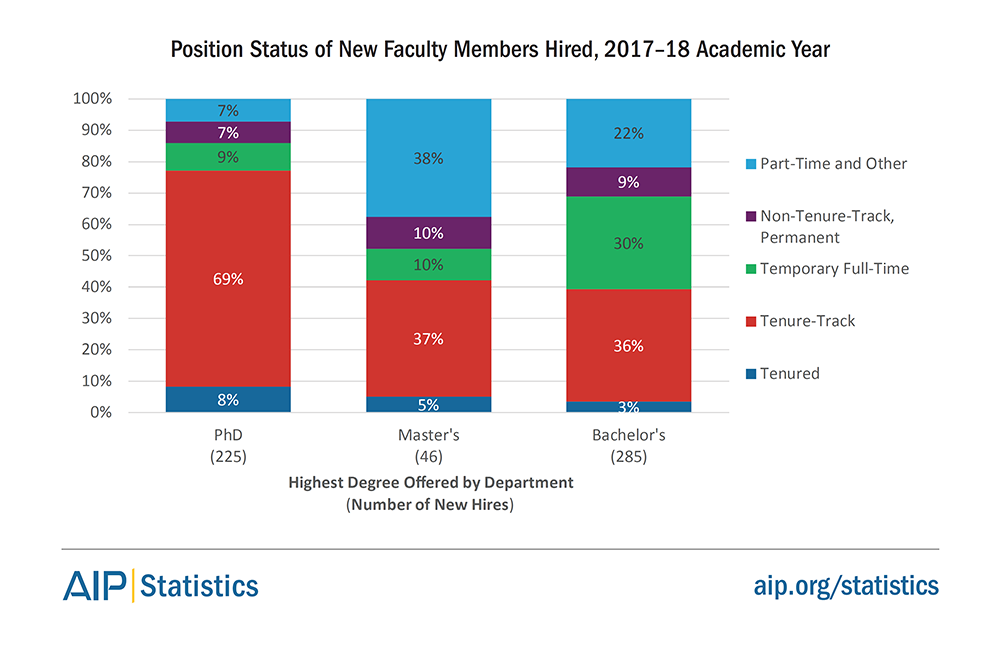 Table 5 and Table 6 detail the previous position title and employment background of newly hired tenured or tenure-track physics faculty members. We compared the employment backgrounds of new hires at PhD-granting departments and departments that only offer bachelor’s degrees. Tenured and tenure-track faculty members hired by PhD-granting departments were more likely to have worked as a postdoc or research scientist before their new position. New tenured or tenure-track hires at departments that only offered bachelor’s degrees were more likely to have worked as a graduate student, instructor, adjunct, visiting faculty, part-time faculty, or other before their new position. Other previous positions included working as a high school teacher or being a retired faculty member, suggesting they came out of retirement or worked in an emeritus position. 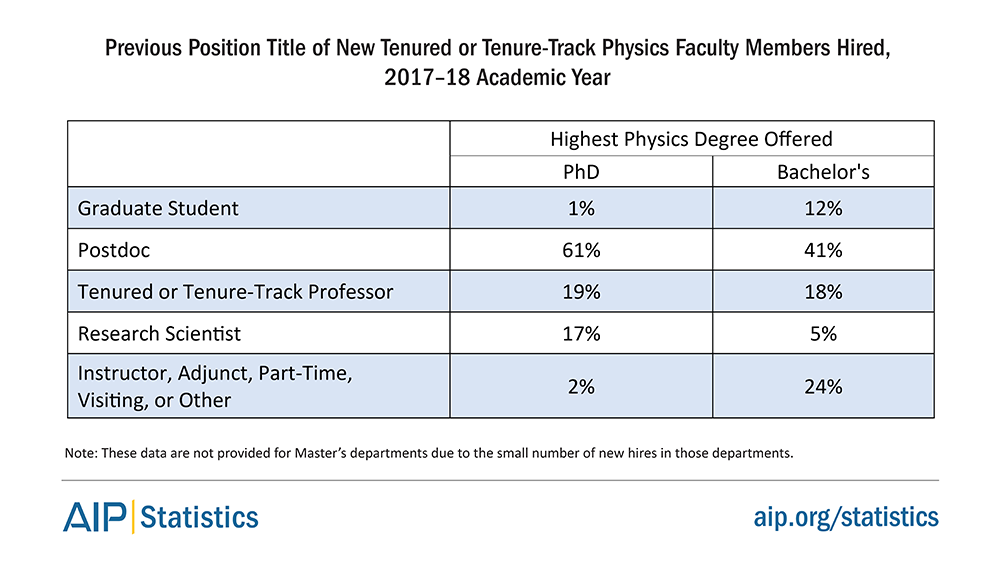 At least half of all new faculty members earned a PhD within the last five years, and this was more common at departments that only offered bachelor’s degrees. New hires at PhD-granting departments were more likely to have earned a PhD outside the US. 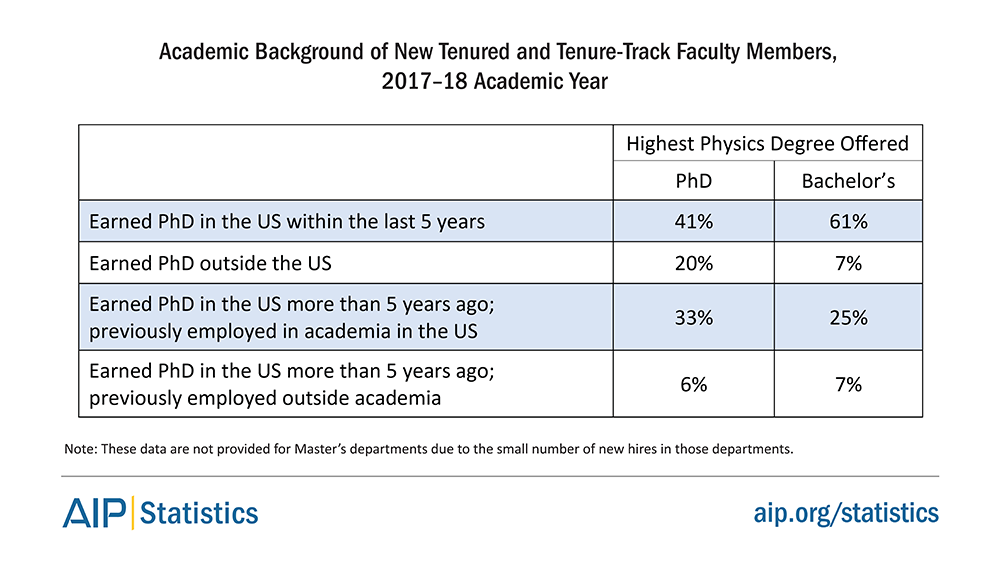 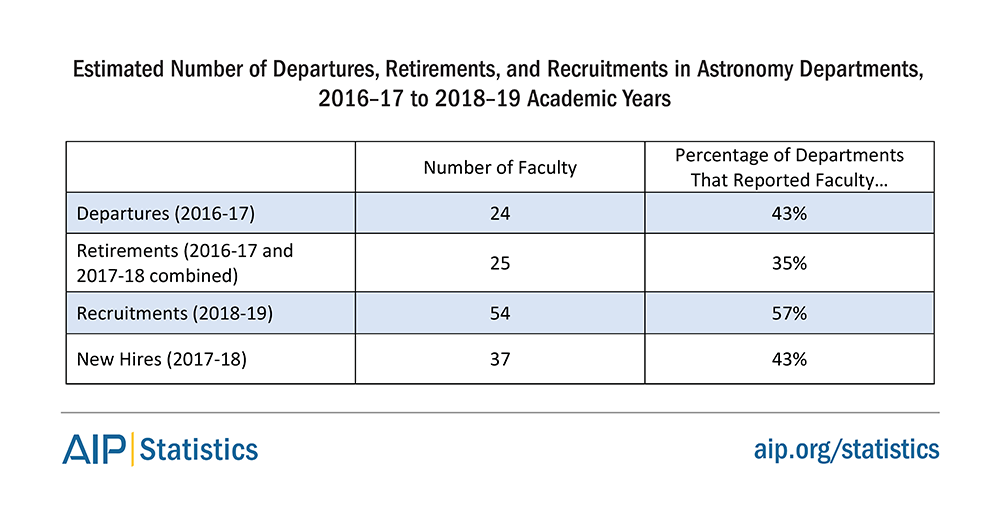 This Focus On series uses data from the 2018 Academic Workforce Survey. The Academic Workforce Survey has been conducted every two years since 1986. Between March and June 2018, we contacted 797 physics and astronomy departments (including 39 astronomy-only departments) that award a bachelor’s degree in physics or astronomy. We sent follow-up requests to those departments that had not responded. We received responses from 720 institutions, a 90% response rate. For nonresponding departments, we used sample weights to estimate the number of departures, retirements, recruitments, and new hires.

We offer our sincere gratitude to the responding departments. Without your help, we could not track these data or provide them to the community.

The Statistical Research Center is your source for data on education, careers, and diversity in physics, astronomy and other physical sciences. Follow us at @AIP_Stats.