This summer, top European Union officials have forcefully argued that the EU’s scientific enterprise must embrace aggressive open access policies for publications and data in order to better serve the public. They have made clear that facilitating a transition toward open science will be a major thrust of the EU’s next flagship R&D framework program. 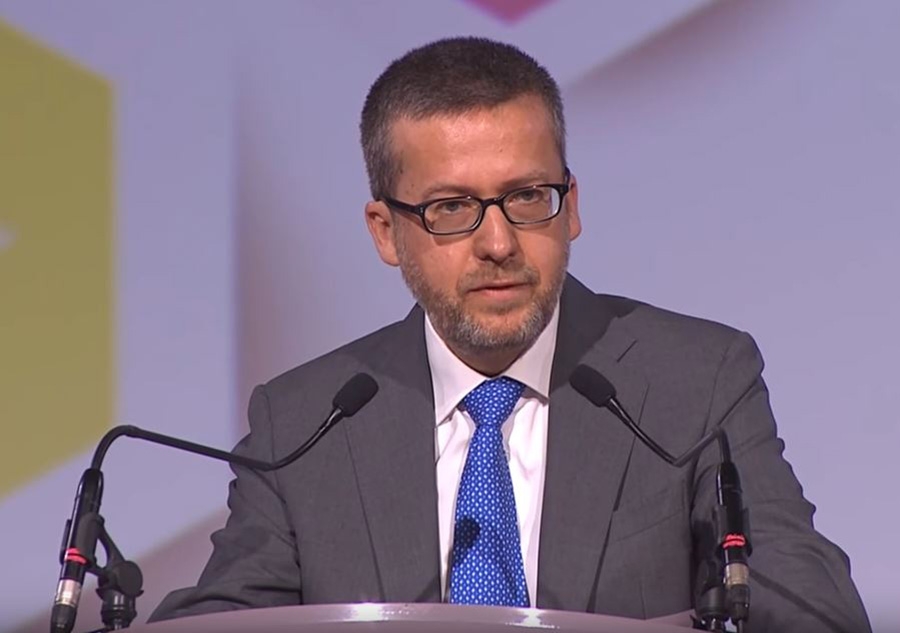 With a total budget of €100 billion ($113 billion) covering the period from 2021 to 2027, the proposed program will require all papers and data derived from research it funds to be publicly available, although with "robust opt-outs" for the data requirement. The EU is also prioritizing initiatives that focus on other aspects of open science, including next-generation metrics, data infrastructure, and citizen science.

Champions of these efforts say their aim is to reconfigure the scientific enterprise and the relationship between science and the public.

Open science is one of Horizon Europe’s three ‘pillars’

Speaking in July at the EuroScience Open Forum in France, EU Commissioner for Research, Science, and Innovation Carlos Moedas argued the combination of expanding global connectivity and increasing public distrust of science has “changed the name of the game” for science–society relations. Accordingly, he said, “Horizon Europe must be more than a science program; it needs to be the cornerstone for a new social contract between citizens, governments, and science.”

Moedas said the three “pillars” of the program are “Open Science, Open Innovation, and Global Challenges.” He explained that the first two pillars place scientists and innovators at the center of the new social contract, obligating them to make their work publicly available. He elaborated,

If you receive public money, you must publish with open access. We cannot continue to allow people to publish where the only way to access the information is to buy it. One of the main rights of the taxpayer is access to information.

Moedas later clarified the goal is for the information to be “free for the reader,” acknowledging that “someone has to pay for it.” He continued, “What I think is outrageous these days is that in some cases, the reader pays, the university pays, [and] we pay.”

Under Moedas’ Horizon Europe proposal, the Open Science pillar would receive €26 billion ($29 billion), with the lion’s share going to the European Research Council to support fundamental research. The Open Innovation pillar would receive €14 billion ($16 billion) to finance a new European Innovation Council focused on transitioning technologies to the market. €53 billion ($61 billion) would go to the final pillar, which is focused on applying science and technology to addressing global challenges in areas such as climate change and public health.

At the same event, former European Commission Director General for Research and Innovation Robert-Jan Smits similarly argued the EU must commit to implementing “full and immediate” open access. Pointing to the accelerating pace of innovation, he said, “We can’t afford having embargo periods of six or 12 months before we are allowed to read an article.”

Smits, who now is serving as the open access envoy for the EU, said it is “unacceptable” that the EU is only at 20 percent full open access given that 15 years ago it was at 15 percent. He remarked that achieving the EU’s goal of 100 percent open access to publications resulting from publicly funded research by 2020 is impossible without “radical and robust measures.”

Smits said he hopes to soon release a plan for reaching the open access goal with the support of a large coalition of research funding organizations. “The power is with the ones who hold the purse,” he stressed.

Burgelman said the push for open science in the EU is a “co-created agenda” between the government and European scientists. EU officials do not view open science as “an ideological debate,” he stressed, but rather as an effort to provide a “better return on investment of our public money.”

Elaborating on the EU’s conception of open science, Burgelman explained it encompasses “the whole life cycle of a research process,” ranging from open access for papers and data to methods for measuring and incentivizing research productivity that go beyond such traditional metrics as journal impact factors. Ultimately, he said science will evolve “like software” with continuous updates, thereby increasing reproducibility and the uptake of innovative ideas.

To help achieve its vision, in April 2018 the EU adopted an “open science policy platform” with eight priority areas, encompassing topics such as rewards and incentives, research integrity, scholarly communication, and citizen science. Burgelman also noted the EU has acted to address these priorities in the past, such as through the incorporation of open access policies in its current flagship EU R&D program, Horizon 2020, and the adoption of a revised code of conduct for research integrity.

Moving forward, Burgelman said Horizon Europe will include measures that “go beyond open access of publications and data to embrace and incentivize open science as the modus operandi for research.”

He also highlighted the upcoming launch of the European Open Science Cloud (EOSC), an online portal that will federate existing EU data repositories across scientific disciplines. The launch of EOSC in 2020 is a central component of the EU's efforts to acehive its goal of making scientific research findable, accessible, interoperable, and reusable (FAIR) the default by 2020.

While noting EOSC is meant to primarily serve EU researchers, Burgelman emphasized it can only reach its full potential as part of a global system of research data clouds. “Science is global, so the cloud should be global. It is as simple as that,” he said, pointing to the development of such a system as a potential area for future EU–U.S. cooperation.

Burgelman said that, as the EU expands access to its cloud, it will need to set reciprocal data sharing conditions because “open is not free.” Such conditions could incentivize countries to embrace FAIR data standards, he remarked. He also pointed to the development of common metrics for measuring the impact of open science as another area for collaboration.

Jared Banks, division chief of the U.S. State Department’s Office of S&T Cooperation, noted that establishing global research partnerships and making data publicly available are values that the U.S. and EU “already share.” While he said he could not comment on the U.S.’ opinion of the EU’s current open science efforts, he did say the U.S. appreciates the EU’s vision of greater global exchange in science and is “advocating for that data sharing as an important value in scientific research.”