The Department of Energy has issued a directive prohibiting its employees and most contractor personnel from participating in certain talent recruitment programs operated by rival nations. The new policy is one of several actions federal agencies are taking in response to alleged exploitation of the U.S. research environment by foreign governments, particularly China. 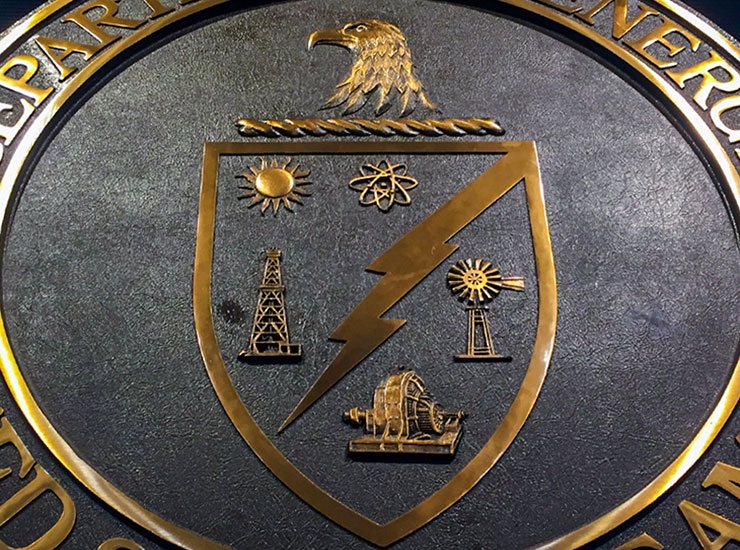 The Department of Energy implemented a new directive this week prohibiting its personnel from participating in talent recruitment programs operated by certain foreign countries. Though the document does not list specific countries, DOE officials have said the policy is currently limited to four: China, Iran, North Korea, and Russia.

The FBI and some congressional lawmakers have increasingly sought to discourage researchers from participating in such programs, alleging foreign governments use them to misappropriate U.S.-funded research and advance their rival strategic interests. Federal scrutiny of the programs has even led to arrests, including in cases that did not involve allegations of research misappropriation. Last month, a materials scientist at Los Alamos National Laboratory, Turab Lookman, pleaded not guilty to making false statements about his application and acceptance to China’s Thousand Talents Program. Last year, climate researcher Chunzai Wang agreed to plead guilty to accepting funds from Chinese recruitment programs while employed by the National Oceanic and Atmospheric Administration.

While such arrests are uncommon, they have contributed to an increasingly tense atmosphere pervaded by concerns about overzealous enforcement and the instigation of bias against Chinese and Chinese American researchers. For their part, federal officials have repeatedly stated they are not engaging in racial profiling and want to balance their efforts with maintaining a climate of openness in science. The issue has swiftly become one of the most pressing in science policy. Kelvin Droegemeier, director of the White House Office of Science and Technology Policy, has observed that university presidents have consistently told him it is one of their “highest priority topics.”

Restriction aims at misappropriation and conflicts of interest

When DOE first announced its intent to restrict participation in talent programs earlier this year, it indicated the policy would apply to all employees and contractor personnel as well as to grant recipients and individuals in cooperative agreements. The new directive applies to employees and most contractors, including scientists in the department’s 17 national laboratories, and to members of its external advisory committees. A separate policy covering university-based grantees is expected to follow later.

The directive defines a talent recruitment program as “any foreign-state-sponsored attempt to acquire U.S. scientific-funded research or technology through foreign government-run or funded recruitment programs that target scientists, engineers, academics, researchers, and entrepreneurs of all nationalities working or educated in the United States.” It further states,

Many, but not all, programs aim to incentivize the targeted individual to physically relocate to the foreign state. Of particular concern are those programs that allow for continued employment at U.S. research facilities or receipt of DOE research funds while concurrently receiving compensation from a foreign state.

The directive notes that compensation could take many forms including “cash, research funding, honorific titles, career advancement opportunities, promised future compensation, or other types of remuneration or consideration.” DOE’s counterintelligence office is charged with maintaining a list of specific programs of concern.

In targeting the programs, the department is not only looking to stem misappropriation of research but also unreported work that benefits a foreign state. DOE Under Secretary for Science Paul Dabbar told FYI earlier this year that the department views participation in talent programs as presenting a “conflict of interest,” and that it had discovered individuals who had been offered “many millions of dollars.”

In addition to prohibiting participation in talent programs, DOE is also planning to restrict international collaboration on certain “emerging research areas and technologies.” That policy will establish a “risk matrix” that matches specific countries to technical areas in which work with them will be prohibited.

Department officials discussed both the talent program and international collaboration policies at various advisory committee meetings this spring. Steve Binkley, then the acting director of the DOE Office of Science, told the Nuclear Science Advisory Committee in April that it would be “at least six months” before the department extended its talent program prohibition to university grantees. Speaking to the Advanced Scientific Computing Advisory Committee (ASCAC) in March, Binkley said the collaboration restrictions policy is “focused primarily” on DOE’s labs and would initially focus on the same four countries as the talent programs policy. He said he expected a list of specific technologies of concern would be nailed down over the following “five or six months.”

Discussing domains on which specific restrictions are likely to apply, Binkley has mentioned particle accelerators, quantum information science, artificial intelligence, and biotechnologies such as CRISPR-Cas9. He told ASCAC that he anticipates the restrictions will specifically target only a “small, very, very precise, almost surgical list of technologies.” He also said a technology’s maturity level will not necessarily be the pivotal criterion for determining its inclusion in the risk matrix, noting that certain early-stage research could also be considered sensitive.

Putting the new policies in context, Binkley has emphasized the highly international character of the Office of Science’s work, noting its laboratories host some 30,000 foreign visitors every year, including about 10,000 from China. In pursuing collaborations, he said the office follows “guiding principles,” which include that research must be done for peaceful purposes and that researchers must be transparent and pursue work that provides mutual benefits. A fuller enumeration of these principles is available in his slide presentation.

At the ASCAC meeting, Binkley noted that visitors have not always adhered to those principles, saying,

We’ve had instances where foreign individuals come into some of our facilities and do work that has been ultimately traced back to the nuclear weapons programs in their respective countries. We consider that to be completely unacceptable.

According to Binkley, the present effort builds on previous steps to improve research security, noting for instance that over the past decade DOE has become more wary of how accelerator technologies could be used to produce nuclear materials. He said that in crafting its forthcoming policies, the department is engaging with chief research officers at the national labs as well as with leaders from universities, university associations, and scientific societies.

Other agencies also stepping up efforts

The National Institutes of Health has launched investigations into cases where it believes researchers may be receiving undisclosed support from foreign entities, diverting intellectual property, or inappropriately sharing grant applications. NIH Deputy Director Lawrence Tabak told the Senate Finance Committee last week that the agency has made inquiries with 61 institutions where it believes such activities may be taking place.

These inquiries have already led the MD Anderson Cancer Center in Houston to investigate five of its researchers. Several reportedly left the center after it initiated termination proceedings. The center cleared one of the five, finding no “willful malfeasance” and recommending no disciplinary action because the researcher retired voluntarily before it completed the investigation. Separately, Emory University in Atlanta recently fired two Chinese American researchers and closed their laboratories, finding they had not properly disclosed foreign funding.

The Department of Defense would have implemented strict restrictions on talent program participation under a proposal floated last year in the House, which authorized DOD to require grant applicants to certify that no recipient of grant funds had ever participated in such a program. Ultimately, a more moderate measure was enacted, directing DOD to work with universities to develop appropriate policies. The department has since implemented a policy requiring grant applicants to disclose information about all research projects that key personnel are working on, regardless of their funding source.

National Science Foundation Director France Córdova recently told the House Science Committee that, although her agency already requires grant applicants to disclose other funding sources and has discovered no instances of misappropriation, it has created a “research protection group” to shore up its practices. To inform its efforts, she noted NSF has initiated a “risk assessment of research protection” from the JASON science advisory group, remarking, “As we take more steps to protect the integrity of research, we need to be careful that we don't overdo something or under do it.”

The National Science and Technology Council, an interagency coordinating body, recently established a joint committee that will tackle research security along with other issues bearing on research integrity. However, to date, the White House has not taken a leading role in pushing agency-level actions.