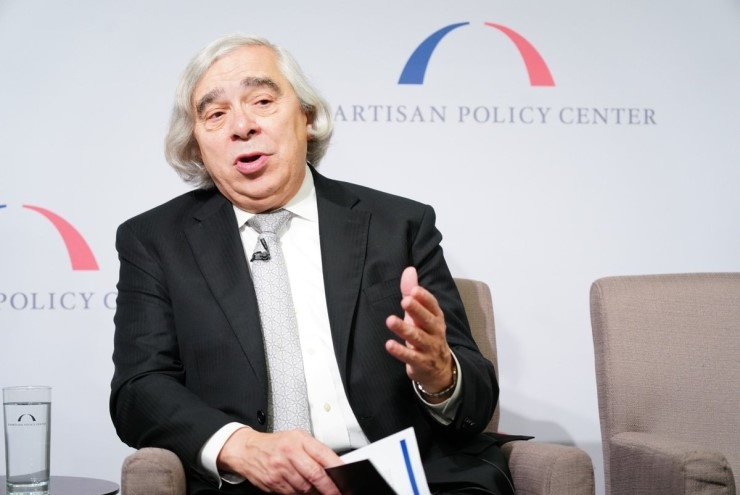 Former Energy Secretary Ernest Moniz is working to build support for a 10 year, $11 billion plan to drive down the cost of removing carbon dioxide from the atmosphere. The effort would span 10 federal agencies and explore a broad range of technologies and associated carbon storage methods.

The Energy Futures Initiative (EFI), a research nonprofit Moniz founded in 2017, released the proposal in September. Calling for swift action, it argues mitigation measures alone will be insufficient to reach net-zero global carbon emissions by midcentury, a target that the Intergovernmental Panel on Climate Change has concluded is necessary to keep the rise in global temperature below 1.5 degrees Celsius.

For its part, Congress has recently shown interest in directing funding to carbon removal technology development. Next week, Moniz is testifying at a hearing on DOE’s role in addressing climate change held by the House Appropriations Committee, which has proposed to launch a carbon removal initiative within the department.

Speaking about the proposed initiative at an event held last month by the Bipartisan Policy Center, Moniz explained the intent is to fund a portfolio of research, development, and demonstration projects to assess the commercial scalability of candidate technologies.

He noted there are three main approaches to carbon removal: “natural techniques,” such as afforestation; “technologically enhanced natural processes,” such as the uptake of carbon in rocks through accelerated mineralization; and purely technological approaches, such as direct air capture, which uses chemical processes to absorb carbon from ambient air. Some removal techniques also require associated storage solutions, such as incorporating the carbon into new products or sequestering it underground. Justifying a broad approach, the EFI report argues it is “too soon to declare a ‘winner’” among the techniques.

In proposing a detailed funding profile for the initiative, Moniz noted EFI drew from a 2018 study by the National Academies that similarly charted a 10 year interagency research agenda for negative emission technologies. He said EFI’s plan is not “jarringly different” from the Academies study, though he said there are some divergences.

Moniz said the initiative would require an annual investment that would begin at about $300 million and peak at $1.4 billion. Of the $11 billion total, $2 billion would go toward large-scale demonstration projects in the latter phase of the initiative. Across agencies, DOE would spend about $5 billion in total, and the National Science Foundation, Department of Agriculture, and the National Oceanic and Atmospheric Administration would spend about $900 million each.

Justifying the expense, Moniz stressed the required scale of carbon removal is daunting, ultimately requiring gigatons of carbon dioxide to be taken from the atmosphere every year.

“People should understand, this is not for the faint of heart to make a major dent in heading to net zero,” he said. To store several gigatons of carbon dioxide underground each year, he observed, “You are buying a geological sequestration program on the scale of the global oil industry.”

Moniz acknowledged the price tag for the initiative could be a tough sell in Congress and observed its inclusion of agencies spanning multiple appropriations subcommittees further increased the complexity of gaining the necessary support. He remarked, “The fact that we have 10 agencies involved and six appropriations bills does not make it easier from the process point of view. In other words, the program is not well matched to the silos in Congress.”

However, he noted the federal government has committed to other interagency initiatives costing more than $1 billion annually, such as the National Nanotechnology Initiative, the U.S. Global Change Research Program, and the National Networking and Information Technology R&D Initiative.

Striking an optimistic note, he remarked, “I believe we are going to see, next year already, commitments being made much more strongly in this direction by the Congress and I suspect with strong support from at least most of the energy industry.” 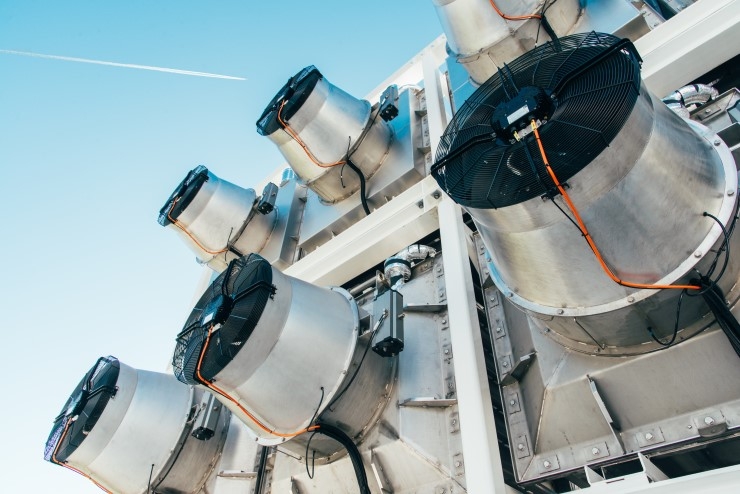 Photo of a direct air capture plant run by the Swiss company Climeworks.

Congressional interest in carbon dioxide removal is growing, with both the House and Senate advancing authorization and appropriations bills this year that would increase DOE’s focus on it.

DOE’s Office of Fossil Energy has longstanding programs that support carbon capture and storage for point sources such as power plants, but it does not have a program specifically for atmospheric carbon removal. The House appropriations bill for DOE would direct the office to spend at least $10 million on direct air capture R&D and develop an implementation plan for an initiative that responds to the recommendations of the National Academies study. The Senate's counterpart bill goes further, directing DOE to spend $60 million on direct air capture R&D across its Offices of Science, Fossil Energy, and Renewable Energy.

Looking to the longer term, lawmakers in the House and Senate are seeking to authorize a program dedicated to carbon removal R&D.

In July, Democrats on the House Science Committee advanced the Fossil Energy R&D Act, which would direct DOE’s Office of Fossil Energy to create such a program and recommend its funding ramp up to $73 million per year by fiscal year 2024. A related bill in the Senate, the bipartisan Enhancing Fossil Fuel Carbon Technology Act, makes identical funding recommendations for carbon removal, and both bills also call for DOE to create at least one Direct Air Capture Test Center.

Two other carbon removal provisions are under consideration for inclusion in the latest National Defense Authorization Act, a sprawling defense policy bill that Congress by tradition passes annually. The bipartisan Securing Energy for our Armed Forces Using Energy Leadership (SEA FUEL) Act, which was incorporated into both the House and Senate versions of the bill, would direct DOD to support R&D on technologies that convert carbon dioxide from the atmosphere and seawater into fuels for military use.

The bipartisan Utilizing Significant Emissions with Innovative Technologies (USE IT) Act, incorporated in only the Senate version, would direct the Environmental Protection Agency to support direct air capture R&D projects.

The prospects for each of these proposals are unclear as the National Defense Authorization Act is currently stalled due to a number of unrelated contentious issues. Meanwhile, the Senate and House fossil energy authorization bills are linked to broader pushes to develop comprehensive energy R&D legislation, which could eventually move forward as a high-priority legislative package.