Amid a national reckoning over systemic racism and police violence, the physical sciences community is searching for ways to deepen its efforts to make physics more inclusive and equitable. 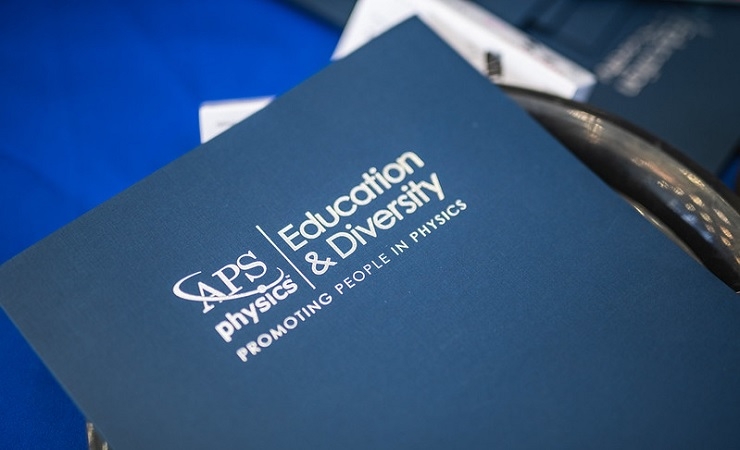 Thousands of scientists participated in a one day strike on June 10 as part of the nationwide wave of protests that followed the death of George Floyd at the hands of police two weeks earlier. Called to focus attention on racial injustice in STEM fields, the strike was supported by an array of academic institutions and scientific societies, including AIP, that halted regular business for the day.

Since the strike, discussions have continued in the physical sciences community, with a focus on deepening long-term efforts to ensure that educational and research environments are equitable, safe, and welcoming for all. For instance, this month’s meeting of the federal government’s High Energy Physics Advisory Panel featured a discussion with physicists affiliated with the Particles for Justice group, which first called for the strike. And in June, the American Physical Society hosted a webinar titled, “From Passion to Action: Levers and Tools for Making Physics Inclusive and Equitable.”

Prescod-Weinstein stressed the connections between current structural barriers and the historical violence of slavery and settlement in the U.S., particularly as exhibited in the histories of many universities, such as those built on land taken from Native Americans.

“It is easy to say this has nothing to do with science or particles and to say it's in the past, and there's nothing we can do now,” she remarked, but observed that she is pursuing her current work on Bose-Einstein condensate formation “under fearful conditions and my feelings of grief about the violence of structural racism, which compete with science for my attention.” She continued,

Prescod-Weinstein proposed that HEPAP convene a subpanel to “study the impact of race, gender, sex, disability status, and other ascribed identities on physics” and recommend corrective actions. She said that many physicists lack the expertise to fully grapple with the issues involved and urged that such a panel include experts in fields such as the history, sociology, and anthropology of science.

The other panelists echoed the proposal to convene a panel on racism that includes social scientists. Cranmer pointed to the 2018 National Academies report on sexual harassment in academia as a model.

While that report focused on discrimination against women, Cranmer said many of its recommendations are also applicable to addressing structural racism in STEM, particularly its focus on shifting attention from legal compliance toward more holistic efforts to improve institutional culture. He suggested, for instance, that the Department of Energy and National Science Foundation should require national labs and large collaborations to develop strategic plans for diversity and inclusion and perform oversight to ensure they are fully implemented.

Some panelists argued that diversity and equity work is often devalued by the physics community. “There really is kind of a double standard. We respect certain types of competencies in the community, but we don't respect others. And the competencies that we don't respect are the ones that typically support the wellbeing of traditionally marginalized people,” Prescod-Weinstein said.

Shuve agreed, adding that this labor often falls on minoritized scientists themselves. “There's a long history of this work being put on Black faculty and other faculty members of color. Generally, it goes unrecognized, it's done for free. In some cases, it's actively hidden, because it's seen as something that detracts from one's physics research,” he said.

To reinforce the importance of diversity and inclusion, panelists suggested that DOE implement broader impacts criteria for grant reviews, like those used by NSF. Assamagan specifically suggested that 5% of the planned hours described in DOE grant proposals be dedicated to community outreach or diversity and inclusion activities, and that the agency promote accountability by being willing to cut funding from proposals that do not adequately address these activities.

Panelists also said broader impacts statements should be more rigorous. Shuve and Prescod-Weinstein both noted that such statements often do not cite relevant literature and peer review panels do not necessarily evaluate whether research teams have the skills to fulfill their plans. Prescod-Weinstein argued that failures to follow through on proposed activities should be “catastrophic” for future grant applications.

Role of scientific societies in the spotlight

The American Physical Society’s webinar on diversity and equity attracted nearly 4,000 registrants and is intended to be the first in a series aiming to increase member engagement on the issue.

A number of panelists focused on the importance of increasing the representation of Black students and faculty. Simpson, a graduate student at Brown University, said having Black mentors like Gates and Alexander had a “profound impact” on her sense of belonging, as she had previously only encountered white male physicists. She said,

Simpson also said it is important both to “carve out spaces” for Black people within professional societies and to promote organizations dedicated to supporting Black scientists, such as NSBP, African American Women in Physics, Black Girls Who Code, and Vanguard STEM. “They’ve been talking about systemic racism before George Floyd. They were created in direct response to systemic racism,” she said.

Modeste Knowles said recent events only increase the urgency of the recommendations of the 10 member TEAM-UP panel, which AIP convened to respond to the persistently low fraction of African Americans earning bachelor’s degrees in physics and astronomy. Its report, which was released in January, suggested actions to double their number by 2030, including by establishing a $50 million endowment through physical science societies to support African American students facing financial barriers and implement the task force’s other recommendations.

“Racism and inequality in the broader society and within academic spaces deeply and profoundly impact African American students’ ability to succeed in physics and astronomy,” Modeste Knowles said. “We could not predict the events of these last few months, but now more than ever is the time to act towards systemic changes.”

Sabella, a professor at Chicago State University, which has a predominantly Black student population, said efforts should focus on “changing systems and not students,” referencing remarks by Shirley Malcom, director of the STEM Equity Achievement (SEA) Change initiative. He highlighted an AAPT statement that endorses educational programs that draw on students’ “culturally based knowledge, skills and contacts” and that “emphasize student assets, not deficits.”

Gates lamented the slow pace of progress in physics and encouraged listeners to get involved with APS diversity efforts such as the Bridge Program, National Mentoring Community, IDEA, and STEP UP. “We need your energy. We need your passion. We need your involvement,” he appealed.

Phillips argued that APS and the physics community have a duty to address racism in society more broadly. Noting that conferences generate substantial revenue for cities, he suggested APS should refuse to hold its meetings in cities that do not institute policies to curb racist policing, a proposal he has also made in recent letters to Science and Physics Today.

As precedent, Phillips pointed to APS' decision to move its 2018 Division of Atomic, Molecular and Optical Physics from North Carolina as part of a boycott over a state law that banned certain nondiscrimination protections for LGBTQ people. The boycott was projected to cost the state more than $3 billion in lost business and the law was repealed in early 2017.

Phillips said his proposal had received “pushback” from within APS, though Gates noted the society had not made a decision. “Don’t quite convict us without a trial,” he said.

Arguing that how APS uses its resources sends a message to Black and other minoritized students, Phillips warned that failures to combat racism would fuel a sense of alienation. “Knowing that the APS speaks for us would be a major force in changing the script on who is in and who is out,” he said.