The National Institutes of Health’s budget would fall 7% to $39 billion under the Trump administration’s proposal for fiscal year 2021. Congress will likely reject the request, having provided NIH with multibillion-dollar budget increases for five years in a row. 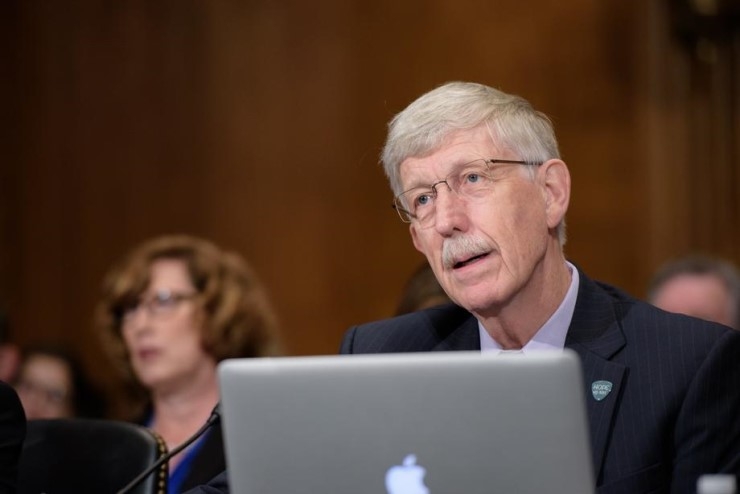 Funding for the National Institutes of Health would decline by $3 billion to $38.7 billion under the Trump administration’s latest budget request, rolling back the $2.6 billion boost NIH received from Congress for the current fiscal year. The proposed cuts are spread evenly across NIH’s research institutes and centers, with most of their budgets falling by about 9%.

Details about budget proposals for selected institutes that fund physical science research are available in FYI’s Federal Science Budget Tracker. Budget justifications for each of NIH’s institutes and centers are posted here.

Congress is almost certain to reject the administration’s request, as it has provided NIH with multibillion-dollar budget increases for five years in a row. At a recent hearing, leaders of the House appropriations subcommittee for NIH said they want to continue the trend.

“This subcommittee will not be pursuing these cuts,” said Rep. Rosa DeLauro (D-CT), who chairs the panel. “We intend to move forward with continued increased investments in NIH to build off that progress that we have made in recent years.”

Rep. Tom Cole (R-OK), the top Republican on the panel, struck a similar note. “To reduce the NIH funding at this juncture would erode the progress we've made over the past five years, signal to the research community instability, and quite possibly delay by years or perhaps decades advances in modern medicine,” he said.

Appropriators also pointed to the COVID-19 outbreak as yet another reason to further increase the NIH budget. At the time of the hearing, the committee was finalizing an $8.3 billion emergency spending package to address the spread of the novel coronavirus. The final legislation, signed by President Trump last week, provides an immediate $836 million supplemental appropriation to NIH.

Infrastructure modernization. In its request, NIH proposes to increase the base budget for its Buildings and Facilities account by 50% to $300 million to help address a large backlog of infrastructure maintenance and modernization projects. NIH has indicated the current backlog totals about $2.1 billion. The budget justification points to a 2019 National Academies report that documents pressing infrastructure needs across NIH and recommends the agency improve its project prioritization procedures. In view of these findings, in its latest appropriation Congress provided NIH an additional $225 million outside the base budget for buildings and facilities through a transfer from a nonrecurring expenses fund. NIH does not propose to sustain that amount for the coming year.

Big data and artificial intelligence. Within the NIH Office of the Director, the agency proposes to increase funding for data science and artificial intelligence activities by 160% to $78 million in support of the administration’s “Industries of the Future” initiative. Of this amount, $50 million would go toward a new effort to use AI and machine learning techniques to better understand and treat chronic disease.

The budget document for the office also details work underway to implement NIH’s Strategic Plan for Data Science. For instance, it notes the office is working with commercial partners to build cloud-based computing infrastructures that expand researchers’ access to data generated through NIH-funded research. It also highlights how NIH’s advisory group on AI issued a draft report late last year recommending steps the agency could take to expand the use of machine learning and encourage greater collaboration between the data science and biomedical research communities.

DOE partnership. The administration’s budget request for the Department of Energy’s Office of Science includes $1 million to build a new partnership with NIH to “expand the capabilities of DOE’s tools and address NIH’s rapidly growing data and computational challenges.” Congressional appropriators have encouraged the agencies to work more closely in recent years, pointing to recommendations from a 2016 task force report.

Research security. The NIH budget request includes updates on the agency’s efforts to address concerns about undue “foreign influence” on the U.S. biomedical research system. NIH states it has contacted more than 75 institutions regarding “specific scientists who may have failed to disclose substantial foreign research support or financial conflicts of interest or who may have engaged in substantial breaches of peer review integrity.”

The agency notes some scientists have resigned or been fired as a result of the investigations, citing cases at MD Anderson Cancer Center in Texas, Emory University in Georgia, and Moffit Cancer Center in Florida. Beyond the investigations, NIH states it is also focusing on raising awareness of its disclosure policies within the research community and enhancing the integrity of its peer review process through digital security measures and a new “electronics forensics dashboard.”

Harassment policies. In its latest appropriation, Congress directed NIH to treat sexual and gender harassment “with the same level of attention and resources as those devoted to other research misconduct” and to require that institutions report when “key personnel” are removed from grants due to harassment concerns. Commenting on this direction, NIH notes that currently it “requires institutions to notify the agency immediately of any changes that have a significant impact on a grant award, including removal of a principal investigator (PI), or any change that will impact his/her ability to carry out the approved research at the location of, and on behalf of the recipient institution, including administrative leave.”

NIH adds that it “views a replacement PI as the best course of action in harassment cases, when possible, to allow scientific progress of a peer-reviewed project and allow other personnel working on the grant, including in some cases the victim of harassment, to continue their research.” It further notes it is working to implement the recommendations from a recent advisory committee report, which focused on increasing transparency and accountability in reporting harassment and encouraging broader cultural changes to promote safe research environments.