University of Oregon physical chemist Geraldine Richmond has been nominated for the position of under secretary for science and energy at the Department of Energy. Richmond has longstanding connections to DOE and its national labs and has been a member of the National Science Board since 2012. 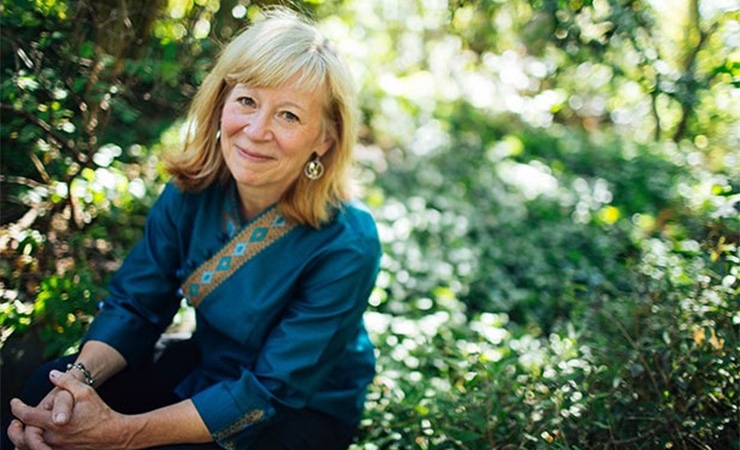 President Biden announced on April 28 that he is nominating physical chemist Geraldine Richmond to be the Department of Energy’s under secretary for science. Called Geri, Richmond has spent most of her career at the University of Oregon and has longstanding ties to DOE, including five years as chair of the Basic Energy Sciences Advisory Committee, which serves the DOE Office of Science.

Pending her Senate confirmation, Richmond will take up the under secretary role as it was configured during President Obama’s second term, overseeing both the Office of Science and DOE’s applied R&D programs. Accordingly, the department has indicated it is reinstating the lengthier title of “under secretary for science and energy” used at that time.

The week before nominating Richmond, Biden nominated soil scientist Asmeret Berhe to be the Office of Science's director. Biden has not yet nominated leaders for DOE’s applied energy offices, though he has made appointments to high-level positions that do not require Senate confirmation.

To stay up to date on nominations for key science positions across the government, consult FYI’s Federal Science Leadership Tracker.

Richmond was raised on a farm in Kansas, and in a 2019 interview she described how she decided in school to pursue mathematics but switched to chemistry while at Kansas State University, receiving her bachelor’s degree in the subject in 1975.

She then pursued graduate studies at the University of California, Berkeley, earning her doctorate in 1980. It was while at Berkeley that she met her husband, physicist Steve Kevan, who is currently director of the Advanced Light Source, an Office of Science user facility at Lawrence Berkeley National Lab.

Initially intending to work in industry, Richmond instead took up an academic position at Bryn Mawr College in Pennsylvania. Then, seeking to expand her research, she moved to the University of Oregon in 1985. Her work has revolved around experimental and computational investigations of physical and chemical processes on complex surfaces. Taking a special focus on water surfaces, her research group also examines practical applications, such as in oil spill remediation.

Richmond became director of the University of Oregon’s Chemical Physics Institute in 1991 and also took on numerous leadership and advisory positions in the broader research community. She has won several top scientific accolades for her work, including the National Medal of Science in 2013, which President Obama presented to her three years later.

One of Richmond’s career-long priorities has been to improve the position of women in science, and in 1997 she founded COACh, an organization she still leads that holds workshops aimed at helping women overcome barriers to advancement. Originally focused on women in chemistry, COACh has expanded its reach to other fields of science and engineering, and to other countries, enrolling more than 24,000 participants to date.

Richmond joined DOE’s Basic Energy Sciences Advisory Committee (BESAC) in 1995, at a time when the department was itself working to increase the professional and demographic diversity of the committee’s membership. That shift changed the scope of the committee’s deliberations, as when Richmond and others protested the hold that neutron-science insiders had over access to research facilities.

When Richmond was BESAC’s chair from 1998 to 2003, community-wide access to neutron facilities had reached a crisis point stemming from the shutdown of Brookhaven National Lab’s research reactor, which had followed the leakage of small amounts of radioactive tritium from its spent-fuel pool. Amid continuing public outcry, DOE decided in 1999 to permanently close the reactor rather than maintain it in an offline state indefinitely. The department turned to BESAC to recommend a path forward for neutron research.

Richmond told the journal Science that the incident held important lessons, remarking, “Scientists have to look beyond their own self-interest to the neighborhood in which they work. If we want to be part of a community, we can't act like prima donnas.”

Neutron access continues to be a subject of concern and is one of many issues that Richmond would face as under secretary. At present, the ongoing oversubscription of U.S. neutron facilities has been exacerbated by a series of unexpected reactor shutdowns, including an ongoing one at the National Institute of Standards and Technology’s reactor. Meanwhile, planning is beginning for the long-term future of U.S. reactor facilities, starting with a major overhaul of the one at Oak Ridge National Lab.

In addressing such matters across the DOE science and technology enterprise, Richmond will be able to draw on planning practices the department started to develop when she chaired BESAC. For instance, in 2001 the committee was charged with defining needs for research related to DOE’s various missions. The resulting report has since become a model for many later “basic research needs” exercises conducted across the Office of Science.

Then, in 2002 the Office of Science charged BESAC and the office’s other advisory panels with formulating 20-year facilities roadmaps as part of a pathbreaking office-wide prioritization effort. While the project priorities outlined through that effort have changed repeatedly, such roadmaps have become integral to the office’s planning, and the projects they recommend have a strong track record in attracting congressional funding.

Since stepping aside as BESAC chair, Richmond has continued to hold influential positions within the U.S. research community, including in other advisory positions for DOE and its national labs. These include seven years as a member of DOE’s Hydrogen and Fuel Cell Technical Advisory Committee and two as chair of the Stanford Synchrotron Radiation Lightsource’s Science Advisory Committee.

Currently, she chairs the board’s Committee on External Engagement, which involves leading the board’s relations with other parts of the government, research and educational institutions, industry, and the public. Previously, she led the assembly of the 2018 edition of Science and Engineering Indicators, an authoritative statistical report that the board produces biennially on the status of U.S. science.

When that report was released, Richmond pointed to its illustration of China’s increasingly competitive position in science and technology as a critical strategic challenge for the U.S. She remarked, “The big question is where do we want to lead in S&T, and where are we content to participate?”

Since then, strategic competition with China has joined climate change in motivating an unusually intense debate over U.S. R&D policy in Congress, with members of both parties arguing a targeted surge in funding is needed. If lawmakers do launch such an initiative and it includes DOE, Richmond could play a critical role in determining how it unfolds.