Most STEM education programs across federal agencies received steady funding or moderate increases from Congress for fiscal year 2022, and this year the Biden administration is seeking to rapidly scale up initiatives aimed at diversifying the STEM workforce. 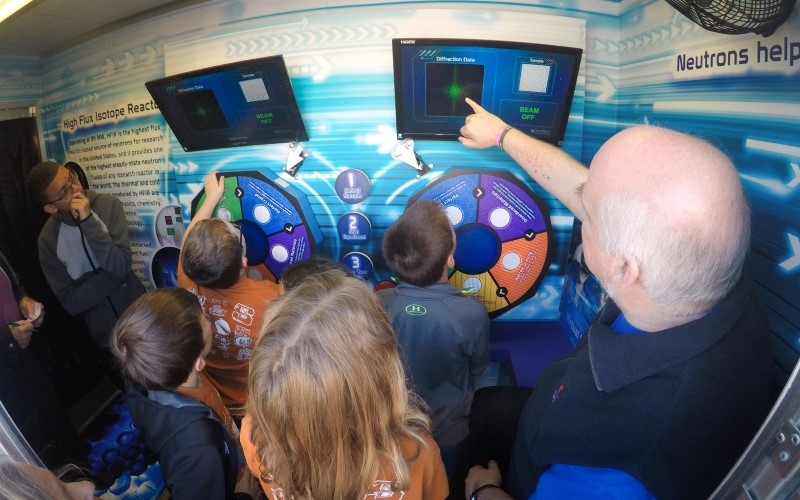 Details of Congress’ fiscal year 2022 appropriation can be found in explanatory statements accompanying the legislation, which are collected in FYI’s Federal Science Budget Tracker, and highlights for selected programs are summarized below.

The Department of Education has few programs dedicated to STEM education and instead funds such activities through a variety of discretionary and formula-based grant programs. Among the formula grants that can be used to support STEM activities, Congress increased funding for Student Support and Academic Enrichment Grants by 5% to $1.3 billion, Career and Technical Education (CTE) by 3% to $1.4 billion, 21st Century Community Learning Centers by 2% to $1.3 billion, and Supporting Effective Instruction State Grants by 1% to $2.2 billion.

The administration now requests a further 2% increase for the community learning centers and a 13% increase for CTE while proposing to reduce funding for the other two programs to roughly their fiscal year 2021 levels. The new CTE funds would largely support a new Career-Connected High Schools initiative aimed at increasing the “integration and alignment of the last two years of high school and the first two years of postsecondary education.”

Congress provided a $15 million, 22% increase for STEM-focused activities within the department’s Education Innovation and Research program, which supports efforts to scale up evidence-based education reforms. It specifies that supported activities should “expand opportunities for underrepresented students such as minorities, girls, and youth from families living at or below the poverty line to help reduce the enrollment and achievement gap.” The administration is now seeking to more than double overall funding for the program, though it does not specify the amount that would go to STEM activities. Most of the proposed increase would support efforts to address pandemic-related challenges faced by the education workforce.

Among the department’s diversity programs, Congress allocated a $1.2 million, 9% increase to the Minority Science and Engineering Improvement program, which aims to improve STEM education capacity at minority-serving institutions (MSIs). It also provided a $3.9 million, 35% increase for the Strengthening HBCU Masters program, which supports STEM master’s degree programs at Historically Black Colleges and Universities. The administration proposes to increase funding for the programs by $3.8 million and $6.1 million, respectively.

Aside from the department’s regular programs, the appropriation includes hundreds of millions for earmarked projects proposed by individual lawmakers, many of which are for STEM activities.

NSF provides the bulk of its funding for workforce development programs through the STEM Education Directorate, which before this year it called the Education and Human Resources Directorate. NSF’s research directorates also co-fund some education programs, though this year the administration proposes to consolidate funding for the agency’s flagship Graduate Research Fellowship Program (GRFP) into the education directorate.

Congress increased funding for the directorate by 4% to just over $1 billion for fiscal year 2022 and the administration now requests an increase to nearly $1.4 billion, a portion of which reflects the proposed GRFP consolidation. Congress permitted NSF to spend up to $296 million on the GFRP this year, a 4% increase, with up to half of the funding coming from its research directorates. The administration is requesting $356 million solely through the education directorate for fiscal year 2023, which would allow NSF to support an additional 750 fellows per year and increase their annual stipend by $3,000 to $37,000.

NSF’s budget request prioritizes diversity and equity programs, with an emphasis on supporting individuals who are “extremely underrepresented in STEM” and considering “relevant intersections or configurations of gender, race, ethnicity, and geographical location that comprise identity.” The administration requests $667 million for its portfolio of broadening participation programs, an increase of 53% over fiscal year 2021.

Within those funds, the administration is seeking $50 million for a new initiative called GRANTED (Growing Research Access for Nationally Transformative Equity and Diversity) that aims to improve “research support and service capacity at emerging and underserved research institutions.” In addition to supporting improvements in research administration and grant management, the program plans to help institutions develop competitive proposals by fostering research-coordination networks, ideas labs, and regional research hubs, among other mechanisms.

The administration is also seeking double-digit percentage increases for programs supporting HBCUs, Hispanic Serving Institutions, and Tribal Colleges and Universities, as well as a more than doubling of NSF’s INCLUDES program, which aims to scale up successful strategies for broadening participation. Congress provided these programs increases in the range of 4% to 8% for this fiscal year.

Funding for NASA’s Office of STEM Engagement increased by $10 million to $137 million, $10 million short of the administration’s request. Of the increase, $5 million is allocated to the Minority University Research Education Program and $3.5 million is for the Space Grant program. The administration is requesting $150 million for the office in fiscal year 2023 to further expand the Space Grant program and build more partnerships with MSIs and K-12 educators.

Congress also increased the Science Mission Directorate’s STEM outreach budget from $46 million to not less than $51 million. The administration repeats last’s year request of $56 million for the program, which its states would support “new and augmented collaborations for rural, Indigenous, and other underserved areas and plans to use lessons learned from past celestial and other milestone events to engage these communities.”

DOD’s National Defense Education Program supports a variety of STEM education and outreach activities. Congress increased the program’s budget 6% to $145 million, with $2 million of the additional funding going to diversifying cohorts of the SMART scholarships-for-service program. The administration proposes to reduce funding for NDEP to $132 million overall but to continue expanding the SMART scholarship program. Its budget would increase by 17% to $104 million in part to enable DOD to award up to 100 additional scholarships through the program in its next round.

Congress also increased funding for a program that supports research and education activities at HBCUs and other MSIs by 23% to $100 million. Congress has funded the program well above the requested levels in recent years, and DOD used a portion of the funds to create new research centers focused on aerospace engineering, artificial intelligence, quantum sensing, advanced communications, biotechnology, and materials science.

Congress endorsed the administration’s proposal to launch an initiative called RENEW (Reaching a New Energy Sciences Workforce) within the DOE Office of Science that will provide training opportunities to undergraduate and graduate students, postdocs, and faculty who are currently “underrepresented in the U.S. science and technology ecosystem” DOE has announced it plans to spend $40 million on the first round of grants for the initiative, with $22 million coming from fiscal year 2022 appropriations. The administration is requesting $60 million for the initiative for fiscal year 2023, double the amount it requested last year.

Congress met the administration’s request to increase funding for the Workforce Development for Teachers and Scientists program from $29 million to $35 million, and the administration is requesting another $6 million boost for next year. The new funds for fiscal year 2022 primarily support the program's contribution to RENEW, with small increases spread across existing efforts such as undergraduate internships and graduate fellowships at DOE labs.

Congress provided flat funding of $11.5 million for workforce diversity efforts at the National Institute of Standards and Technology. The administration had sought an additional $3 million to create an educational partnership program with minority serving institutions and $2 million to recruit postdoctoral researchers from underserved backgrounds to work in NIST laboratories. This year, the administration is seeking a $6 million increase for the postdoctoral fellowship program but does not repeat its proposal for a separate MSI partnership program.

Congress increased funding for the National Oceanic and Atmospheric Administration’s Office of Education by $1 million to $34 million. The administration repeats last year’s request of $41 million, with $3 million allocated to creating a Climate Cooperative Science Center led by an MSI that would train post-secondary students in climate science and related multidisciplinary fields.