The Biden administration is requesting budget increases for many existing STEM education programs for fiscal year 2022 and several science agencies are proposing new activities aimed at diversifying both their own workforces and the broader STEM community. 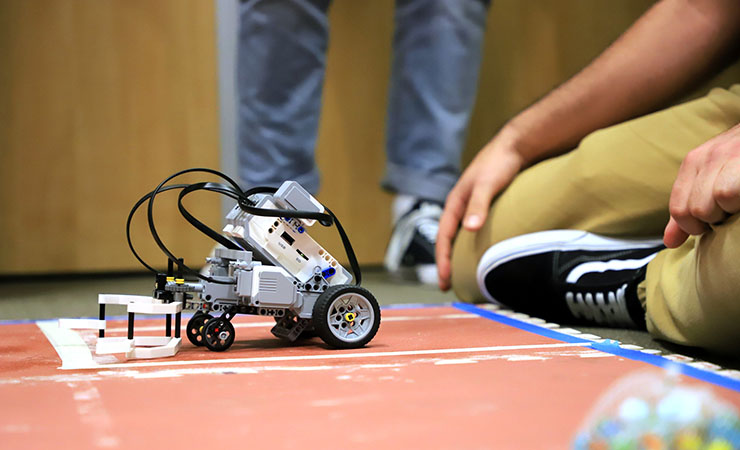 The Biden administration is requesting budget increases for many STEM education programs across federal agencies in fiscal year 2022. Agencies are gearing up to place a stronger emphasis on diversity and inclusion initiatives in accord with President Biden’s executive order on advancing racial equity, and several science agencies have proposed entirely new activities aimed at diversifying both their own workforces and the broader STEM community.

Highlights for selected programs are summarized below, and details are available in FYI’s Federal Science Budget Tracker.

The Department of Education has few programs specifically dedicated to STEM education and instead funds such activities through a variety of discretionary and formula-based grant programs. Among the major formula grants that can be used to support STEM activities, the administration requests a $50 million increase for the $1.26 billion 21st Century Community Learning Centers program, a $5 million increase for the $2.14 billion Supporting Effective Instruction State Grants program, and level funding of $1.22 billion for the Student Support and Academic Enrichment Grants program.

Among the department’s diversity programs, the administration proposes a $5 million increase for the $13 million Minority Science and Engineering Improvement program, which aims to increase the participation of underrepresented groups in STEM fields and improve STEM education capacity at Minority Serving Institutions (MSIs). The funds would support 45 new grants and the continuation of 33 current grants.

For Career and Technical Education (CTE) programs, the administration requests a $20 million increase to $1.35 billion for grants supporting state-level activities. It also proposes $100 million in new funds for “competitive awards for middle and high school CTE innovation projects aimed at advancing equity, building the evidence base for what works in CTE, especially for underserved students, and scaling those effective practices.”

In addition, the budget request notes that Biden’s American Jobs Plan proposes $1 billion annually in mandatory funding for CTE over 10 years. It states the funds would “support the development and implementation of high-quality career pathway programs in middle and high schools, with a priority on programs that connect underrepresented students to STEM and in-demand sectors and help increase the capacity of community colleges to offer high-quality workforce training programs.”

The request further notes that Biden’s American Families Plan includes $1.6 billion for an “Answer the Call” initiative that would provide grants for public school teachers to obtain additional certifications in high-demand areas, such as STEM education, special education, and bilingual education.

The budget for NSF’s Education and Human Resources Directorate, which supports the majority of the agency’s STEM education activities, would increase 16% to $1.3 billion under its budget request.

Total funding for programs explicitly focused on diversifying the STEM workforce would increase by 26% to $582 million. Much of the additional funding would go to programs supporting Historically Black Colleges and Universities, Hispanic Serving Institutions, and Tribal Colleges and Universities, as well as to NSF’s INCLUDES program, which is aiming to scale up successful diversity initiatives nationally. Among the new activities proposed is a $7 million program to support computer science and engineering research at MSIs, and the budget includes $10 million to sustain the recently launched MPS-Ascend fellowship program, which supports postdocs from groups that are underrepresented in the physical sciences.

Among NSF’s fellowship programs, the administration proposes to increase the annual number of new Graduate Research Fellowship awards from 2,000 to 2,500. The agency also states it will continue to “align awards with NSF and administration research priorities, including artificial intelligence, quantum information science, and other emerging industries.” The inclusion of discipline-specific emphasis areas for the program has previously faced pushback, but NSF has insisted the move will not change the way it reviews applications.

The administration proposes to increase the budget for NASA’s Office of STEM Engagement by $20 million to $147 million. Of the increase, $10 million would be allocated to the Minority University Research Education Program, $6 million would go to the Space Grant program, and the remaining $4 million would expand Next Gen STEM, a pilot program that develops STEM experiences for students at the K–12 level

Separate from the STEM Engagement office, the Science Mission Directorate operates a “Science Activation” program to support complementary education and outreach activities. Its budget would increase by 22% under the request to $56 million, which NASA states would support “augmented collaborations for rural, indigenous, and other underserved areas; citizen science projects; and plans to use lessons-learned from past celestial and other milestone events to engage underserved communities.”

Within its budget request for the Department of Energy Office of Science, the administration proposes to create a STEM training initiative called RENEW (Reaching a New Energy Sciences Workforce), with an initial budget of $30 million. DOE states that RENEW will leverage the Office of Science’s user facilities and other research infrastructure to “provide undergraduate and graduate training opportunities for students and academic institutions not currently well represented in the U.S. S&T ecosystem.” DOE also notes that the program is intended to build up a talent pool that will feed into the department and its national labs.

Funding for the office's Workforce Development for Teachers and Scientists program would increase from $29 million to $35 million, primarily to support the program's contribution to RENEW, with small increases spread across existing STEM actitivies such as undergraduate internships and graduate fellowships at DOE labs.

Within the budget request for the National Institute of Standards and Technology, the administration seeks $3 million to create an educational partnership program with MSIs and $2 million to create a program that would recruit postdoctoral researchers from underserved backgrounds to work in NIST laboratories.

For the National Oceanic and Atmospheric Administration, it requests $3 million to accelerate implementation of the agency’s workforce diversity and inclusion plans. The administration also proposes to increase funding for NOAA’s Office of Education by $8 million to $41 million, with $3 million allocated to creating a Climate Cooperative Science Center led by an MSI that would train post-secondary students in climate science and related multidisciplinary fields.

The administration proposes to increase funding for DOD’s SMART scholarships-for service from $77 million to $89 million, which it states would increase the annual number of awards made from about 300 to 400. However, overall funding for DOD’s National Defense Education Program would drop by $25 million to $112 million under the budget request. The program supports a variety of STEM education activities, including the SMART scholarships, outreach activities, and the Manufacturing Engineering Education Program. DOD requests no funds for MEEP, which previously was funded through congressional direction and in 2020 issued $42 million to nine awardees.

The administration also proposes to cut funding for a DOD program that supports research and education activities at MSIs from $81 million to $31 million. Congress has funded the program at well above the requested levels in recent years, in part to create new research centers focused on aerospace engineering, artificial intelligence, quantum sensing, and advanced communications.