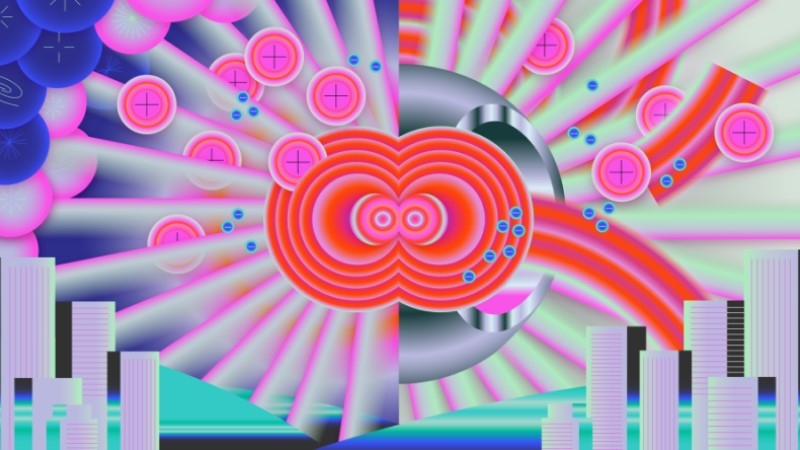 After a year of scientific breakthroughs in nuclear fusion and ballooning venture-capital investment, the Biden administration is staking out policies for promoting the development of fusion energy in the U.S. Last month, the White House and the Department of Energy elevated the issue by convening a summit to explore how companies can gain a foothold in energy markets and contribute to decarbonization goals.

At the moment, private capital is setting the pace. Late last year, MIT spinoff Commonwealth Fusion Systems (CFS) secured $1.8 billion in scale-up funding, while Helion Energy secured a half-billion dollars with a further $1.7 billion contingent on meeting certain technical milestones. By contrast, Congress has just permitted DOE to spend up to $45 million for a new DOE program to reimburse companies for meeting milestones, which is part of the overarching $713 million Fusion Energy Sciences budget. The administration is only requesting a 1% increase in that topline for fiscal year 2023, well short of the $1 billion target proposed in the America COMPETES Act of 2022, which the House passed last year.

However, discussion at last month’s summit focused less on funding than on matters such as technical hurdles confronting the nascent fusion industry as well as how fusion relates to administration priorities for energy and environmental justice. DOE also announced an agency-wide initiative at the event to develop a “decadal strategy to accelerate the viability of commercial fusion energy,” building on a 2021 report by the National Academies. It named Scott Hsu, a program manager for fusion at DOE’s Advanced Research Project Agency–Energy, to a new role that will coordinate the department’s efforts.

Officials from DOE will elaborate on anticipated next steps at a meeting of the department’s Fusion Energy Sciences Advisory Committee (FESAC) on May 25.

“2021 was an amazing year for fusion. I don't think we've had a year like this ever in the history of fusion,” Princeton Plasma Physics Laboratory Director Stephen Cowley said at the White House summit, pointing to recent record-breaking experiments by the National Ignition Facility at DOE’s Lawrence Livermore National Lab and the Joint European Torus in the U.K.

Livermore Lab Director Kim Budil remarked, “We used to always say fusion energy was 50 years away from whatever day you asked. And I would say that is closing fast. As the U.S. and the world start thinking about net-zero energy, fusion energy has a real potential to contribute.”

Despite participants’ enthusiasm for recent developments and future prospects, they cautioned that many hurdles remain on the road to achieving viable fusion power.

One obstacle the panelists identified is ensuring the durability and affordability of the “fusion technologies” needed to convert fusion energy into usable heat or electricity. Kathy McCarthy, head of fusion programs at Oak Ridge National Lab, noted that commercial fusion plants will need to operate for long periods without maintenance to be economically competitive and pointed to the challenge of producing materials that can withstand the harsh environment of a fusion reactor as one area for further R&D. “We’ve got the materials that could be used in a pilot plant, but what we don't have is the materials that would make a practical, economical commercial plant,” she said.

Anne White, head of MIT’s nuclear science and engineering department, argued that “creative partnerships” between the public and private sectors could help accelerate technological development. Illustrating this point, she highlighted a recent example of innovation in materials achieved by MIT and CFS: a high-temperature superconducting magnet developed that could enable more compact reactors.

“In just three years, they achieved a 20-Tesla magnet made of new high-temperature superconducting material, and this material wasn't really commercially available until about seven years ago,” she said. “That's really fast translation.”

CFS CEO Bob Mumgaard argued the U.S. should immediately begin building test facilities, pointing to ones prioritized in the 2021 National Academies report and the long-range plan that FESAC completed last year. “Those are the right facilities. That report has sat on a shelf for about a year now,” he lamented.

In addition, Mumgaard argued the U.S. should set a national goal of fostering construction of multiple pilot plants within a decade that “aren't just one-offs but can be built over and over again, that can incorporate the latest science and technology.” He said CFS already has plans for such facilities “at the blueprint level, in many cases ready to go.”

Addressing the administration’s focus on energy and environmental justice, the summit explored ways the nascent fusion industry could avoid or redress harms caused by existing energy technologies, in part by infusing such considerations early on in technology development.

“If we continue to engage in the same mechanisms and methods of development that we've always done in this clean energy transition, we are going to slow ourselves down,” Baker asserted. More broadly, she suggested the summit offered a model of conversations that should be replicated in other fields.

“What if we had done this at the launch of every major technological innovation that we've had in this country? How just would our society be?” she asked.

Baker also stated that diversifying the fusion workforce is important to building public acceptance of the technology, saying it would help the community “ask the right questions.”

“I think in the field of physics and engineering, we tend to take the approach of fixing problems without consent, and this has caused harm,” she remarked. “We can empower communities to have ownership in their energy choices and start understanding their concerns now.”

Mark Berry, vice president for R&D at Southern Company, an electric utility, attested to the importance of early engagement, both with utilities and local communities. “This is not the type of technology [where] you're going to do the development and then throw it over the fence at the end and expect us to use it,” he remarked.

Although fusion is often presented as a safer, cleaner alternative to fission, panelists acknowledged its environmental and safety risks.

Matthew McKinzie of the Natural Resources Defense Council suggested that even though specific designs for plants have not been settled, developers should start engaging with environmental advocates on issues that are “generic” to all fusion systems. He noted for instance that the high neutron flux in fusion reactors creates radioactivity in reactor components and that there are issues associated with the handling of tritium fuel. Cooling of fusion plants could also require significant amounts of water, he said.

McKinzie further said the fusion community should more actively educate the public about how fusion poses lower risks for nuclear proliferation, especially given the current heightened attention to the subject. “These are incredibly troubling times, and nuclear weapons are in the news. Safeguarding a fusion facility against its misuse to create nuclear weapons is very straightforward. You would not have any reason to bring fissile material into a fusion power plant,” he said.

The Nuclear Regulatory Commission has begun to consider how it will handle fusion power and held the latest in a series of the meetings on the subject last month. Andrew Holland, CEO of the Fusion Industry Association, which was created in 2018, noted the association hopes to convince the NRC that the current regulatory framework for fission is not appropriate for fusion.

Holland also said he hopes that the transparency of NRC’s deliberative processes will help build support for fusion. "We think that fusion is going to be safe. But we want to put that out to the public, too. We want to hear from you to make sure that you think it's safe,” he remarked.