“I am the first Muslim who has got the prize for science, breaking the barrier, taking away that sense of inferiority that, over the centuries, has come over the Muslim youth. This has been done by somebody who feels no conflict between his religion, his culture and science.”
- Abdus Salam, quoted in the film Salam - The First ****** Nobel Laureate, see [1] for full citation. 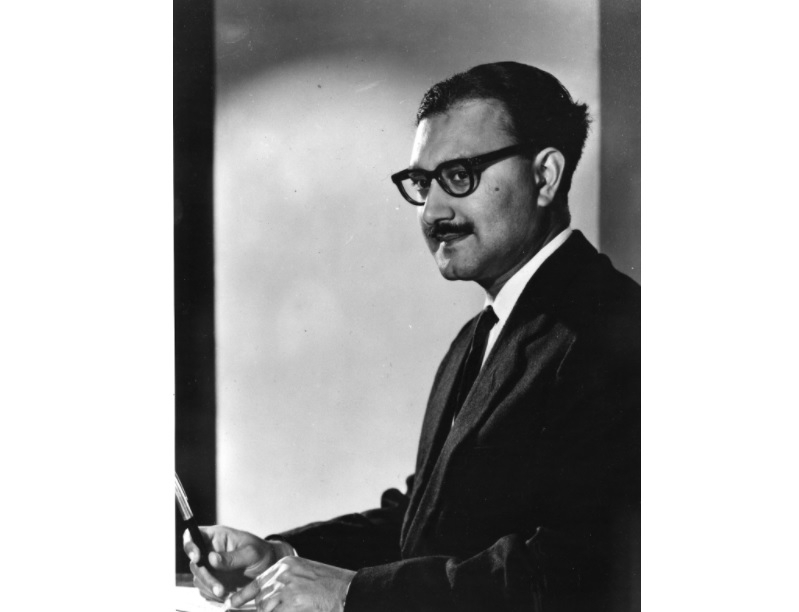 I will venture to say that the story of Dr. Abdus Salam is one of the most complex stories in the history of physics. Nevertheless, several things are quite clear in his life: he was deeply committed to his Ahmadi Muslim faith, he was dedicated to advancing physics in countries underrepresented in the global physics community, and his contributions to physics were groundbreaking. This biographical presentation offers a brief summary of his life:

This video was motivated by research done for a Center for History of Physics teaching guide “The Heritage of All Mankind.”

Summary biographical information on Dr. Salam only scratches the surface. For those interested, the documentary Salam - The First ****** Nobel Laureate (available on Netflix) provides a more in-depth consideration of Dr. Salam’s life. The filmmakers conducted research for the documentary at a number of archives including the Niels Bohr Library & Archives.

The film emphasizes several aspects of Dr. Abdus Salam’s life that he kept private [2]. For example, the documentary shows how Dr. Salam was deeply affected by Pakistan outlawing the Ahmadi faith. This legal persecution (coupled with physical violence towards his community) changed his practice of religion and his expression of his culture. It may have been a factor in his choice to emigrate from Pakistan. Furthermore, it may have changed his approach to nuclear research as he consistently urged for the peaceful use of nuclear technology in the later years of his life.

Despite the incredible challenges Dr. Salam faced- religious persecution within his home country and racism outside of it- Dr. Salam remained committed to the people of Pakistan and made personal and professional sacrifices to increase access to science globally. An example of this was the efforts he made to establish and direct the International Centre for Theoretical Physics (ICTP) in Trieste, Italy, which was mentioned in the video. He worked long hours to ensure the success of ICTP, which continues to reduce the number of scientists who have to choose between science and their country of birth.

Abdus Salam’s work ethic and ideas gave him the platform to aid global science. He had more than one Nobel Prize-winning idea. In 1952, he sent a paper on parity to Nobel Laureate Wolfgang Pauli for his thoughts. Pauli responded saying, “Give my regards to my friend Salam and tell him to think of something better” (Salam).  Dr. Salam did not publish his paper following Pauli’s response. Several years later, Chen Ning Yang and Tsung-Dao Lee received the Nobel Prize in Physics for the same work. The encounter convinced Salam to reconsider how he evaluated the merit of his work.

Happily, Dr. Salam went on to win a Nobel of his own. In 1979, he shared the Nobel Prize in Physics with Sheldon Glashow and Steven Weinberg. They received the Nobel “for their contributions to the theory of the unified weak and electromagnetic interaction between elementary particles, including, inter alia, the prediction of the weak neutral current" [3]. In other words, they realized that weak nuclear forces and electromagnetic forces were components of the same force, termed the electroweak force. Salam, Glashow, and Weinberg developed the theoretical basis for this unification, predicting elementary particles that were later confirmed.

Salam’s commitment to the people of Pakistan and his foundational work in physics gave him the unique ability to make strides to “break the barrier.” He made an impact on the people of Pakistan: 30,000 people attended his funeral prayers. Even so, there are efforts to erase or minimize aspects of his life. For instance, his gravestone reads, “the first Muslim Nobel Lauraute,” but the word “Muslim” has been blotted out. 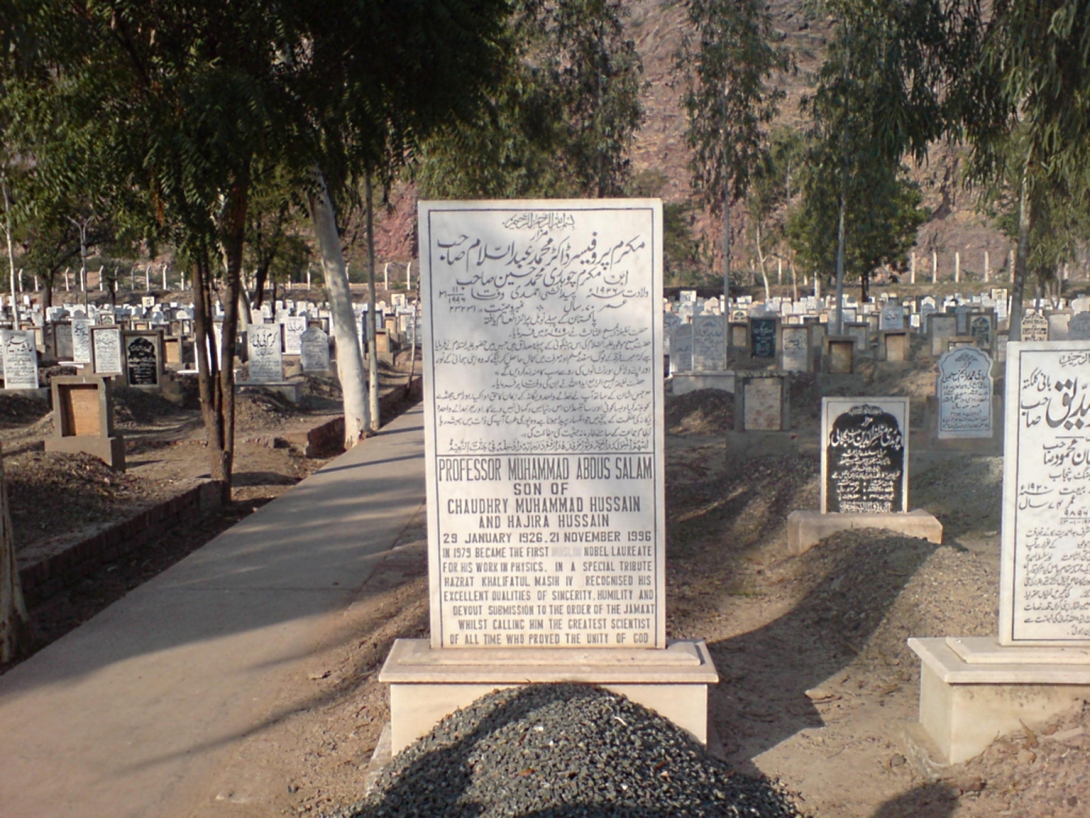 Abdus Salam's grave. The word "Muslim" has been blotted out.

Yet, his life continues to speak of hope and dedication.

*Editor's Note: Dr. Salam left Pakistan in 1974, in protest of a constitutional amendment, which declared his religion (Ahmadi) to be non-Muslim. Although the prime minister of Pakistan named the Physics Center at Quaid-e-Azam University  after him in 2016, he is still controversial there. You can read more about this in BBC's 2016 article "Why has this Nobel winner been ignored for 30 years?" by M Ilyas Khan.

Unless otherwise noted, the information is from the film Salam, and shares consistency with the body of sources referenced in the embedded video and linked teaching guide.

May Allah bless Dr Slam for his services for
humanity and spreading the scientific knowledge to poor nations.
Also Italians need to be praised for accommodating the scientific research center where scientists from poor and third world countries come learn and go back to serve their nations. (Real service for Humanity)