The images, texts, and details that did not make it into this week’s episode of Initial Conditions: A Physics History Podcast.
Maura Shapiro, Podcast and Outreach Coordinator
Initial Conditions Podcast

It’s not often you have the privilege to rediscover something you love, but that happened every day I was working on this episode. Researching and writing this episode required a lot of quantum mechanics (the physics of the smallest scale), a genre of physics that was difficult for me to enjoy at first. Stars are pretty. New planets are cool. Don’t even get me started on black holes. But the mysterious and unintuitive workings of the smallest aspects of our universe? It was hard for me to understand, much less appreciate.

Until I began this episode. Through this episode, I started to think about quantum mechanics as a physical manifestation of philosophy  instead of complicated mathematics. By removing the exams and calculations that distracted my sense of wonder, I rediscovered quantum mechanics’ beauty, and my love for physics. Quantum is so cool!

Ex Libris Universum has already indulged my need to share the science that did not make it to the podcast in our World Quantum Day post, so I won’t rehash it here (although it would make great supplemental reading for the episode).

“Counterculture Quantum” follows a group of so-called hippie physicists who were tired of accepting the “shut-up and calculate” philosophy (as Richard Feynman may or may not have dubbed it) that was the norm of quantum physics. 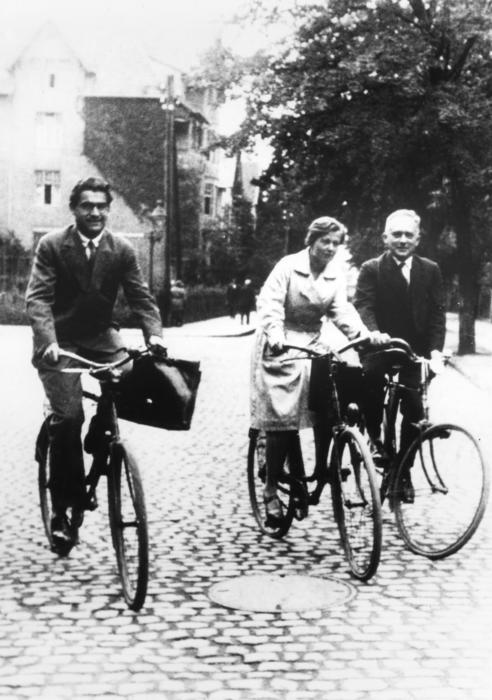 Three legends of quantum mechanics ride bikes together. Max Born, one of the founders of quantum physics and the person who introduced the concept of probability to quantum, is pictured here bike riding with Maria Goepport Meyer, the German-American physicist who won the Nobel Prize in Physics for proposing the nuclear shell model of the atom. Victor Weisskopf served as the Deputy Division Leader of the Theoretical Division of the Manhattan Project at Los Alamos during World War II before campaigning against proliferation of nuclear weapons.

In the 19th and early 20th centuries, a new field of physics started to take shape. Physicists were describing the behavior of everything from light, to particles, to objects that glow when they are hot. Though these are seemingly unrelated phenomena, each experiment got closer at understanding how they connect. In 1924, this field was officially named in Max Born’s paper, “Über Quantenmechanik,” which translates to “On Quantum Mechanics.” The name comes from what Einstein dubbed “quanta” or the smallest unit something can break down into. 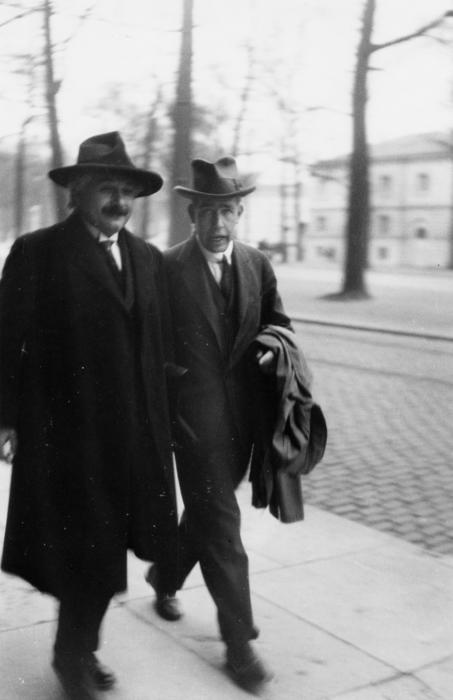 Albert Einstein and Niels Bohr had a famous and public feud on the interpretation of quantum mechanics. Though they remained friends and had tremendous respect for each other, Einstein could never accept the quantum world Bohr envisioned that remains a favorite today. Bohr believed in what is called the Copenhagen interpretation where, until a measurement is made, a particle exists at every state all at once. If this does not make sense to you, you are in good company! Still, this interpretation accurately fits with what we know about quantum mechanics.

This new field had properties that broke significantly from what people understood about physics. One outcome was that particles would be able to communicate with each other faster than the speed of light. To grapple with this disparity, in 1935, Albert Einstein, Boris Podolsky, and Nathan Rosen proposed that there were “hidden variables”, information we didn’t know yet, that explained particles’ behavior. This was appropriately named the Einstein-Podolsky-Rosen Theorem (EPR) and was well received by the physics community because it reasonably explained away a concept many were uncomfortable with. John Bell, however, proved that EPR quantum theory produced different results. He published his thought experiment and results in 1964 which was then dubbed “Bell’s Theorem” or “Bell’s inequality.” 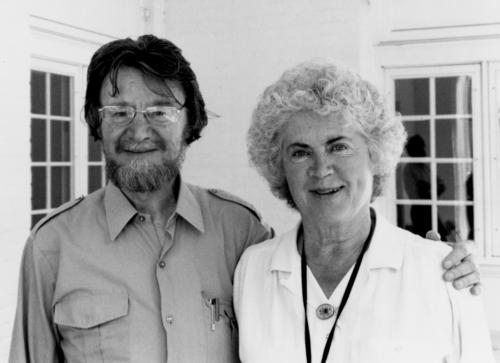 It has long been the tradition of scientists to ponder the philosophical implications of their work. However, during the formative years of quantum mechanics, philosophical questions about the world quantum mechanics described were discouraged. The late 19th and early-mid 20th centuries were preoccupied by conflict: both World Wars and the Cold War distracted much of the northern hemisphere. Though military action often drives scientific advancements, particularly in physics, the pressing nature of war left little time for philosophizing. This was especially true for the new physics - quantum mechanics - that had tremendous weaponry potential but was difficult to reconcile with other branches of physics. So university physics courses emphasized the practical, “shut up and calculate” method. 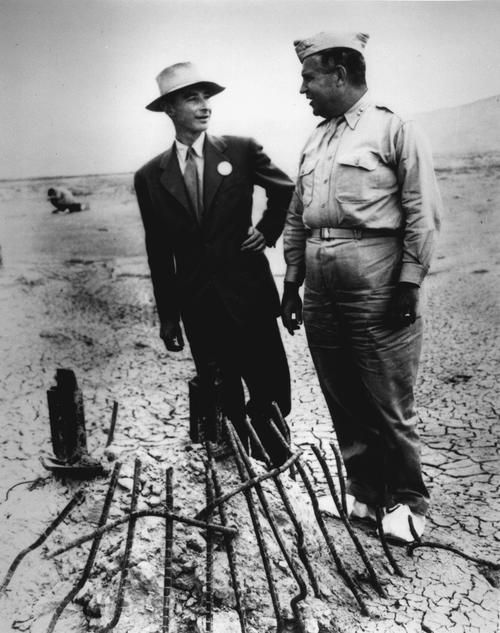 While shutting down philosophical discourse, World War II and the Cold War inspired expansion in physics. The weapons potential of quantum mechanics was clear and the field grew exponentially. Funding, however, was limited to research with clear applications. Quantum philosophy and investigations into Bell’s Theorem were considered too abstract for practical applications. Physicists like John Clauser, who conducted an experimental test of Bell’s Theorem in 1972, struggled to find jobs because of their philosophical interests.

It was not just in physics where some felt unfulfilled by the war-time mindset. The anti-war mentality fed the counterculture movement of the 60s and 70s. For many in the generation coming of age, and of course the draft age, the Vietnam War was not worth fighting. Starting on college campuses in the mid-1960s, anti-war protests spread across the nation. Protests percolated through popular culture as many notable artists contributed in song, literature, and visual arts. Protesting was not limited to anti-war; the Civil Rights Movement gained momentum around this time too. The same time dissatisfaction with the American lifestyle was rising, so too was the popularity of non-Western religions and mystical traditions. Widespread disillusionment with traditional culture produced a new age, a counterculture.

A small group of counterculture physicists, many of whom graduated from prestigious universities with PhDs, but had fallen on hard times, migrated to the San Francisco Bay Area. There, they felt better represented by the new age movement. University of California Berkeley graduate students, Elizabeth Rauscher and Henry Weissman, who were frustrated with “shut up and calculate” created a group that was open to anyone who was willing to engage with quantum philosophy. Important characters in the group include Henry Stapp, Saul-Paul Sirag, and Jack Sarfatti to name a few. The founding members dubbed it the Fundamental Fysiks Group. A large topic of conversation: Bell’s Theorem. 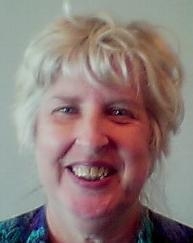 The Fundamental Fysiks Group booked a seminar room at the university and had weekly, wide-ranging discussions. They covered everything about Bell’s theorem’s implications from free will to parapsychology. Parapsychology includes topics such as telepathy, telekinesis, communicating with ghosts and extrasensory perception. The FFG dubbed these topics “psi,”  a pun that references both the name parapsychology and the Greek letter, Ψ, that represents the quantum wave function. Though these topics sound more like pseudoscience than the hard physics of nuclear bombs, that is the point. As Elizabeth Rauscher said, “any subject (even if it doesn’t exist) is a science, if the methodology of science is used to study it.” They combined the new physics with ideas of Eastern mysticism to find meaning. Many of these hippie physicists also took part in the hallucinogenic drug culture, experimenting with the new drug LSD as well as physics.

Research into Psi took many forms. Some physicists hypothesized that if you can entangle particles, you can control one by controlling another. One potential application was moving objects from a distance–telekinesis. They teamed up with magicians to understand how they could seemingly bend spoons without touching them. Naturally, it was a magic trick and the magician working with a few of these physicists was exposed as a fraud. Others experimented with telepathy. If someone was in one room, could they connect with another person located at a random location and know where they were? It could also be possible to communicate with ghosts while looking for patterns in atomic decay. Though all these ideas may seem far-fetched, they were experimented in an empirical, scientific way with careful attention put into how to make trials truly random and replicable.

This episode changed how I viewed science. As I understood it, the traditional Western scientific method requires an objective observer to make repeatable measurements. Well, through researching this episode, I learned that this is not the only nor necessarily the best way to do science. In fact, it fails in quantum physics where it is impossible to have an objective observation. The act of observing or measuring a particle changes its behavior, meaning the observer is really a participator. In Frijitov Capra’s 1975 book, The Tao of Physics, he argues that different Eastern mystical traditions align naturally with the behavior of particles. Capra wrote about a failure of Western science, “the idea of ‘participation’ instead of ‘observation’ has been formulated in modern physics only recently, but it is an idea which is well known to any student of mysticism. Mystical knowledge can never be obtained just by observation, but only by full participation with one’s whole being… to a point where observer and observed, subject and object, are not only inseparable but also become indistinguishable.” (pg 141). The mechanistic, deterministic Western ideology fails in quantum mechanics which describes the world as a cosmic web of interconnected, randomly changing energy. 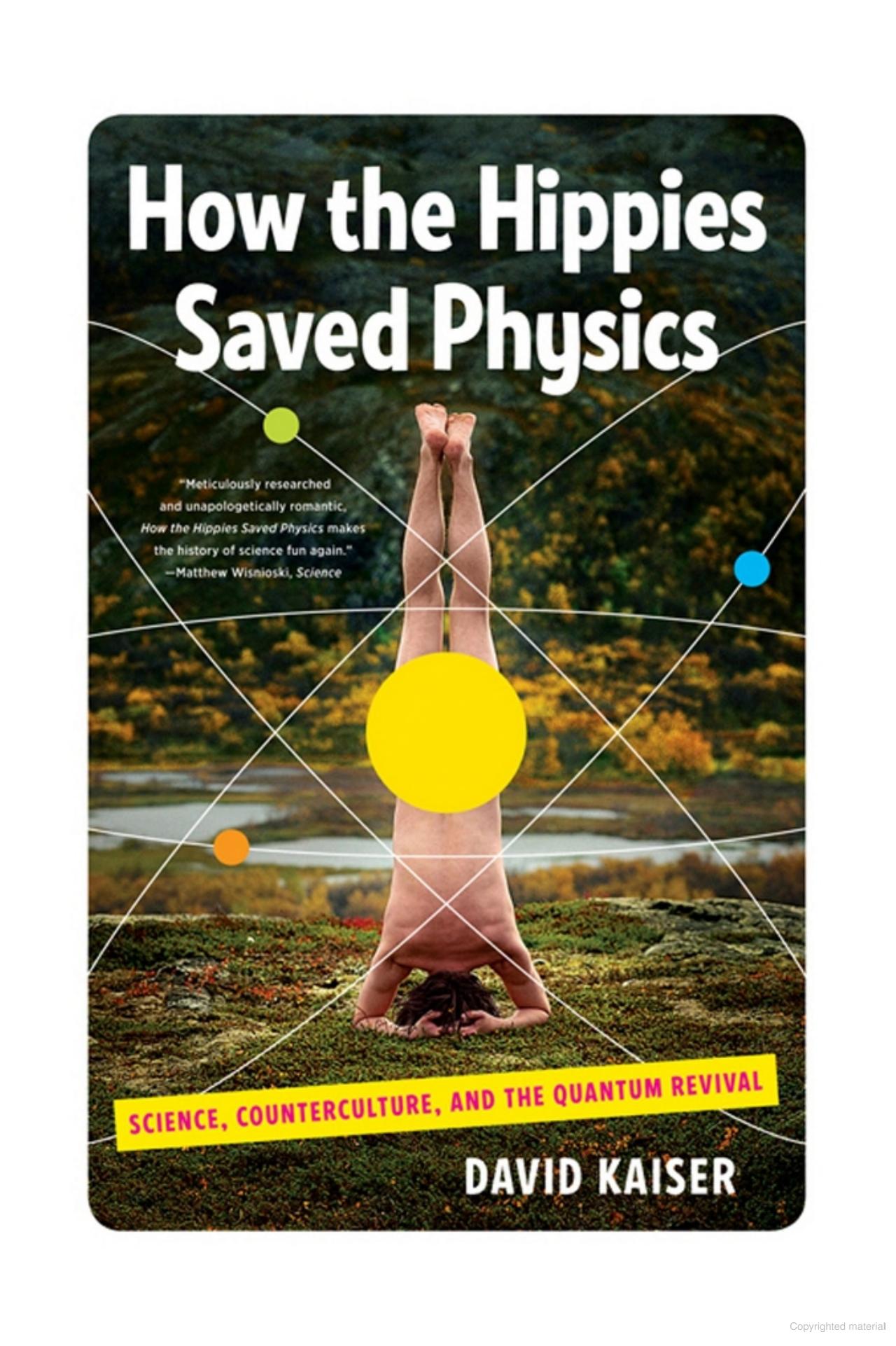 Cover of How the Hippies Saved Physics by David Kaiser.

The characters in this episode take an unconventional approach to physics in order to understand the implications of the new physics of quantum mechanics. Though it is easy to scoff at them reaching for magicians or ghost stories, perhaps this earnest venture was exactly what the field required. Murderous hippies and scheming self-help leaders aside, is it so bad to believe in magic? If the product of scientific inquiry into parapsychological phenomena is a deeper understanding of quantum mechanics and its applications, maybe challenging our assumptions about science is what makes us good scientists.

Capra, Fritjof. 1975. The Tao of physics: an exploration of the parallels between modern physics and eastern mysticism. Berkeley [Calif.]: Shambhala.