In the Sky with Diamonds: Physics in the 1960s

In the Sky with Diamonds: Physics in the 1960s 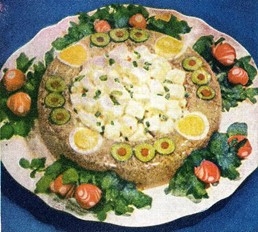 If I could pick a different era to live in as someone of my current age, I would choose the 1960s. I try not to idealize the past too much, since I know it was not exactly the good-old-days picture that is so often painted. Racism, sexism, inequality, war, and devastating political assassinations took place, which left the people of the U.S. shocked and desperate for change (I am mainly focusing on the U.S. here since it is what I am most familiar with). And this one is comparatively insignificant, but savory Jello dishes were still really popular, and I just can’t get behind that.

But as a result of all this, the 1960s were an important time. People woke up and spoke out about the injustices they saw and experienced. They pushed back about the Vietnam War and the draft. It was a significant era in Black communities’ ongoing struggles for equal rights. The Stonewall protests took place and equality for LGBTQ+ communities was demanded. The U.S. feminist movement began its second wave. People spread messages about peace and loving one another. It wasn’t perfect, but I do admire many of the cultural influences of the 60s. 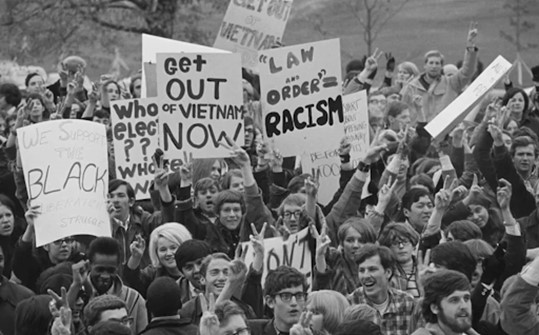 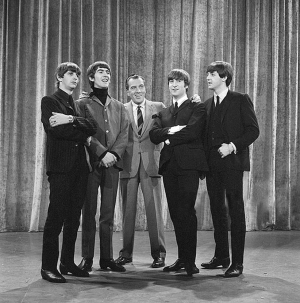 Additionally, I enjoy the fashion of the 1960s and love the music. Jimi Hendrix, Simon and Garfunkel, the Hollies, the Animals, the Temptations, the Supremes, Sam Cooke, Johnny Cash, and the Four Tops are just a few of the amazing artists and groups making music in the 60s. And don’t even get me started on the Beatles. Oh, to be an unsuspecting young person just going about their business on February 9th, 1964, not even realizing their whole existence was about to be transformed by Paul, John, Ringo, and George on the Ed Sullivan Show.

Many noteworthy events took place in the sciences during the 1960s, as well. For the February Photos of the Month, let’s examine some of these events and how they shaped what was to come. 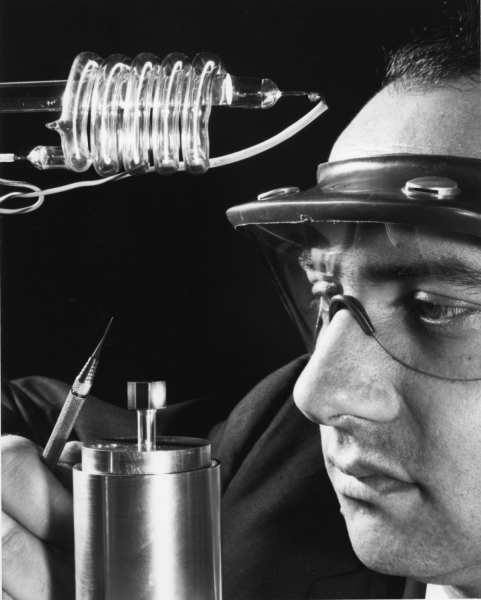 Theodore Maiman gets up close and personal a piece of synthetic ruby crystal, which generated light for his invention, the laser.

On May 16, 1960, Theodore Maiman built on decades of knowledge about stimulated emission and created the first laser, which stands for Light Amplification by Stimulated Emission of Radiation. Prior to this, there were only masers, which are like lasers, but with longer wavelengths (if, like me, you have never heard of a maser and think this sounds made-up, click here for proof). But the invention of the laser, with its shorter wavelengths and increased frequencies, brought more possibilities than Maiman ever could have imagined. Today, lasers are commonly used in optical surgeries and other medical procedures, tattoo removal, hair removal, engraving, precision cutting and welding, fiber optic technologies, laser-disk storage methods, weaponry, and so very much more. Thanks, Maiman! 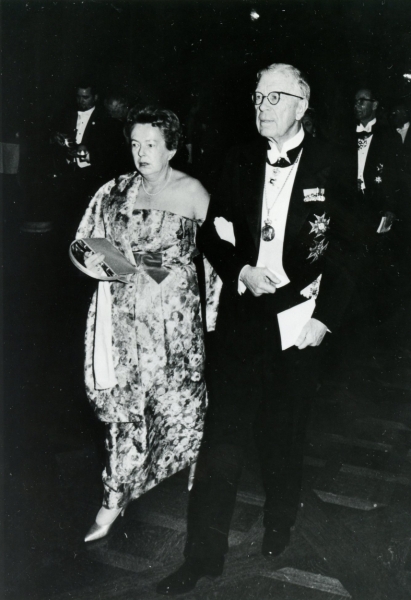 The 1963 Nobel Prize in Physics was divided, one half awarded to Eugene Wigner "for his contributions to the theory of the atomic nucleus and the elementary particles, particularly through the discovery and application of fundamental symmetry principles", the other half jointly to Maria Goeppert Mayer and J. Hans D. Jensen "for their discoveries concerning nuclear shell structure."

I enjoyed this stop-motion video which breaks down some of her work.

Goeppert Mayer helped to pave the way for future women scientists to succeed. Now, nearly six more decades have passed, and we can finally celebrate two more women who have won the elusive prize: Drs. Andrea Ghez (2020) and Donna Strickland (2018).

Hopefully in another sixty years (or, you know, sooner) the physical sciences will grow into a more inclusive field for women, people of color, and other historically excluded groups. 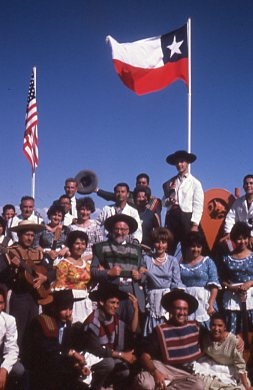 In 1965, a brand-new observatory was founded in Chile called the Cerro Tololo Inter-American Observatory (CTIO). It forms the southern-most branch of the Kitt Peak National Observatory, based in Tucson, Arizona. The observatory is known for its research on Magellanic Clouds, the expanding universe, and many more cosmological subjects. This image shows the attendees of the dedication ceremony for the observatory, which took place in November 1964.

Check out this very detailed timeline of CTIO’s history!

We only have a small digital copy of this photo, but I still think it is photo-of-the-month worthy, don't you? 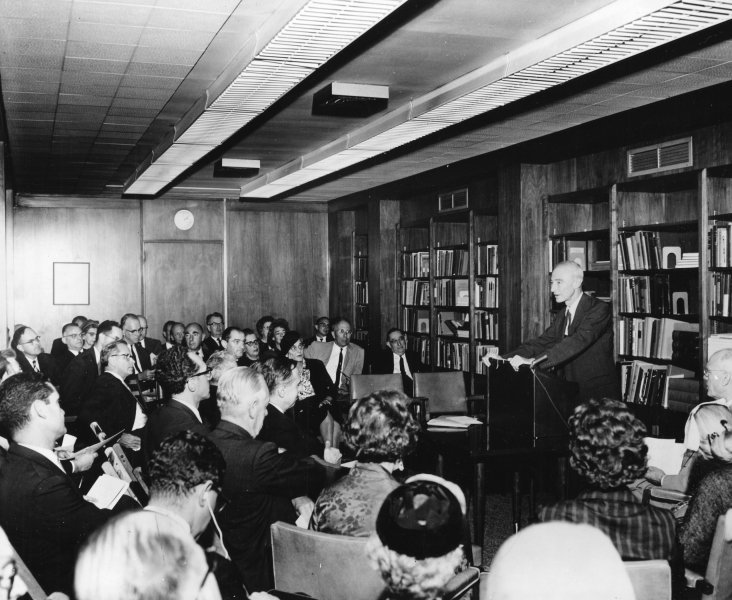 The sixties also brought an exciting development to the American Institute of Physics - NBL! Admittedly, I may be just a little biased about this one, but its formation was valuable for the history of science and those who study it. The Niels Bohr Library (the “& Archives” was added many years later) was dedicated in September 1962. At the ceremony, J. Robert Oppenheimer, Richard Courant, George E. Uhlenbeck, and Hettie Heineman spoke. Oppenheimer, who is shown at the podium in this photo, called the ceremony, “an occasion of particular sweetness.”

Niels Bohr was asked to attend, since the library was named after him by his friend, Dannie Heineman, but could not due to health reasons. He did, however, send the following message, which was read at the start of the ceremony:

“I am much moved to have my name associated with the library for the history of physics,
the establishment of which has been made possible by the generosity of the late
Dannie Heineman. Historical studies are an important tool for the understanding
of man’s position in the modern world. And in this century the history of
science assumes particular significance. It is therefore gratifying to see so great
an increase of creative scholarship in that field. And I hope that its furthering
development will be greatly encouraged and facilitated by the opening of this library.”

You can check out the full-audio recording of the ceremony below! 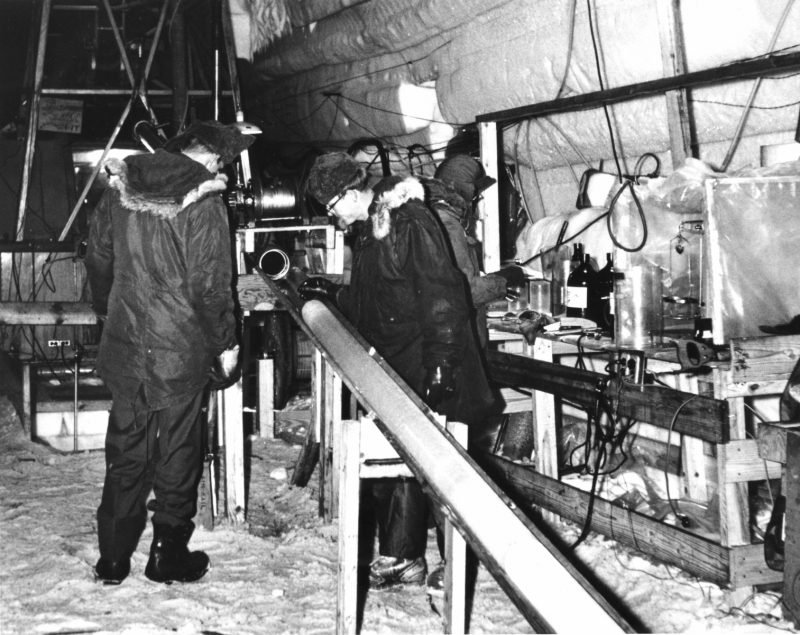 In 1960, construction of an American military research base entirely under the ice in Greenland was completed. The base was called Camp Century and its creation was closely connected to the Cold War. Basically, the U.S. wanted to explore the possibilities of hiding people and nuclear weapons in giant ice tunnels. And what they learned is that it is not feasible to hide people and nuclear weapons in giant ice tunnels. Maybe this is one of those hindsight-is-20/20 deals, but I feel like I could have told them that.

Even though the camp did not work out as some may have hoped, it did present the opportunity for climate-related research which yielded early evidence of climate change. But by the mid-1960s, Camp Century was abandoned. In a sad display of irony, nuclear waste was left behind to be buried in the very ice where the environmental studies were carried out.

If you are interested in learning more about Camp Century, here are some additional resources which I found very facinating: 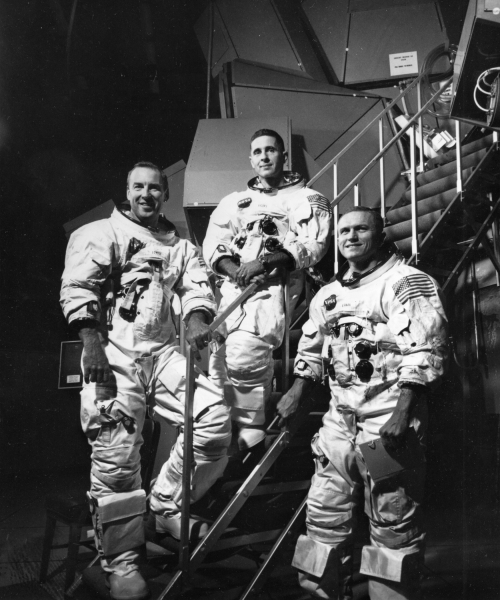 And, of course, we can’t talk about science in the 60s without mentioning the Apollo missions, can we? The Apollo Program spanned from 1963-1972, with everything up to Apollo 12 taking place in the 60s. Shown here is the crew from Apollo 8: Command Module Pilot James A. Lovell, Lunar Module Pilot William A. Anders and Commander Frank Borman. They launched into space December 21, 1968 and successfully returned home on December 27th. The mission was very important; it served as a necessary test which ultimately allowed the Apollo 11 mission to land on the moon in 1969.

This online exhibit from the Smithsonian National Air and Space Museum breaks down each Mission.

Of course, these are just a few events that took place in the 1960s. If you think I missed a scientific event worthy of mention, comment below and I promise to do what I can to learn about it!

That’s all for the photos of the month! To subscribe to monthly Ex Libris emails, visit here.