The Department of Energy’s Office of Science will receive a 5 percent funding increase for fiscal year 2019, bringing its total budget to $6.59 billion. The additional funding will advance work on exascale computing, user facility upgrades, and quantum information science, among other priority areas.

In fiscal year 2019, the Department of Energy’s Office of Science is set to receive its fourth straight funding increase from Congress, a 5 percent boost that brings its budget to $6.59 billion. All six of its program offices will receive a share of the increase, ranging from 1 percent for Nuclear Physics to 15 percent for Advanced Scientific Computing Research.

The appropriation is part of a three-bill spending package that the Senate passed on Sept. 12 on a vote of 92 to 5 and that the House passed on a vote of 377 to 20 the following day. The White House has issued a statement indicating President Trump will sign it into law. 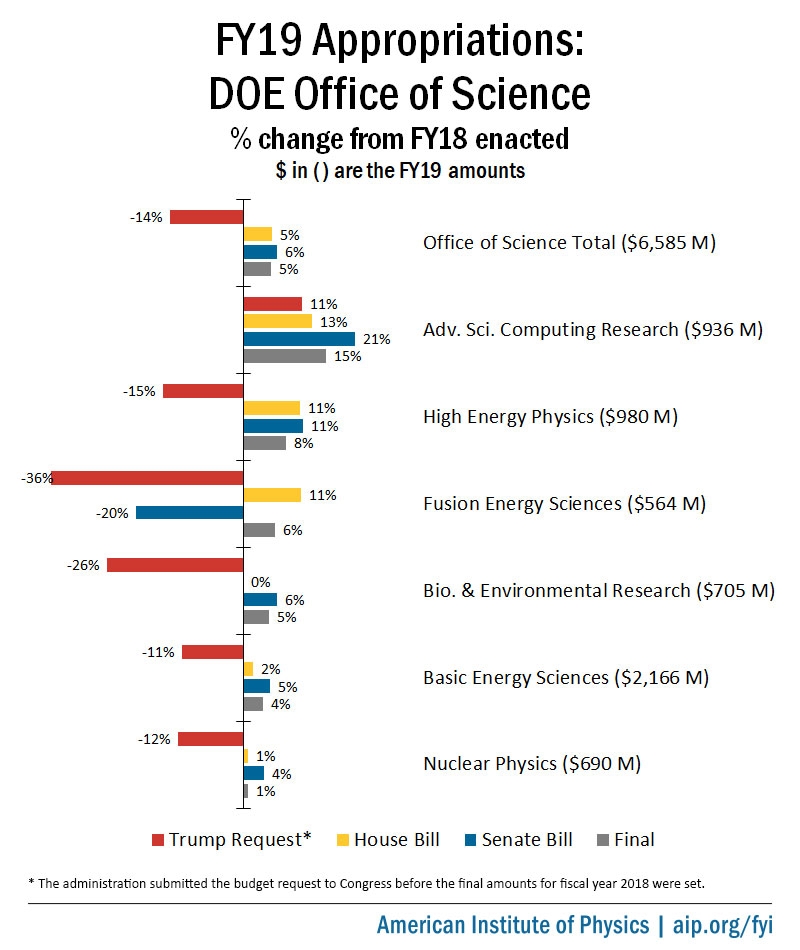 This will be the first time since fiscal year 2000 that DOE will have had its new funding level in place by the start of the fiscal year on Oct. 1. The appropriation also arrives less than six months after Congress allocated a 16 percent increase for the Office of Science as part of its fiscal year 2018 spending legislation. The additional funding will advance work on such department priorities as exascale computing, user facility upgrades, and quantum information science.

An explanatory statement accompanying the legislation conveys program-level funding levels and additional policy direction. Language from the House and Senate Appropriations Committee reports on their original spending proposals carries the same weight as the statement unless the statement negates it. Detailed comparisons between those proposals, the president’s budget request, and final funding amounts can be found in FYI’s Federal Science Budget Tracker.

The BES program budget will rise 4 percent to $2.17 billion. Much of the additional funding will go toward advancing a suite of upgrade projects at light and neutron source user facilities that are also backed in legislation recently developed by the House Science Committee.

Linear Coherent Light Source II and High-Energy Upgrade. As construction on the $1 billion LCLS-II facility ramps down at SLAC National Accelerator Laboratory, its budget is decreasing from $200 million to $135 million. Funding for a follow-on high-energy upgrade to the facility will increase from $10 million to $34 million. The upgrade project is still in its early planning phases and is expected to cost between $260 million and $450 million in total. 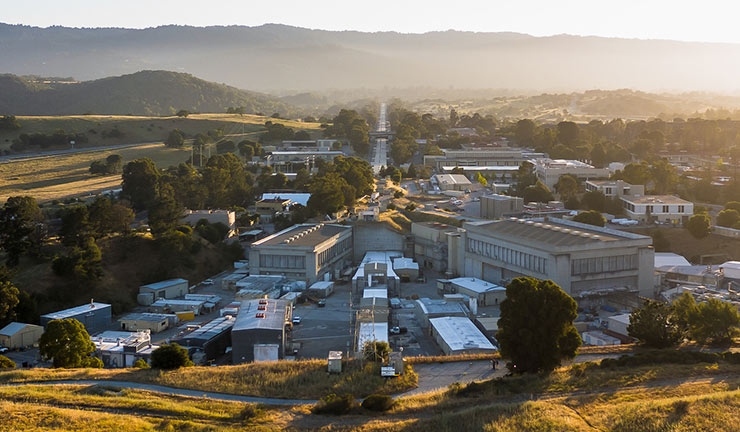 The LCLS-II accelerator is under construction at the far end of SLAC National Accelerator Laboratory’s linear accelerator, taking the place of the decommissioned FACET accelerator R&D facility. SLAC is currently constructing FACET-II along the middle part of the linac.

Advanced Photon Source Upgrade. Funding will increase from $93 million to $130 million for an upgrade to the APS facility at Argonne National Laboratory to increase beamline brightness and coherent flux. Preparations continue for construction on the project, which is expected to have a total cost between $700 million and $1 billion.

Advanced Light Source Upgrade. DOE expects to approve this month the conceptual design for an upgrade to the ALS facility at Lawrence Berkeley National Laboratory that will increase its beamline brightness. Congress is increasing funding for the project from $30 million to $62 million, $10 million more than the original House and Senate proposals for it. The upgrade’s total cost is expected to be between $260 million and $420 million.

Spallation Neutron Source upgrades. Funding for an upgrade to increase the neutron flux at the SNS facility at Oak Ridge National Laboratory is rising from $36 million to $60 million. DOE approved the project’s conceptual design in April. It is expected to have a total cost between $184 million and $281 million. A much larger project to build a Second Target Station at SNS is receiving $6 million, marking the first time Congress has specified funding for it. The Science Committee has anticipated the facility will ultimately cost about $1.5 billion to build.

National Synchrotron Light Source II beamlines. The statement directs DOE to include in its fiscal year 2020 budget request a “plan for the buildout of additional beamlines to fully leverage the capabilities of NSLS-II” at Brookhaven National Laboratory. The facility, which opened in 2014, has 30 beamlines currently operating or in development and has room for between 30 and 40 more.

Light and neutron source operations. Operations funding for DOE’s five current light source user facilities will increase 3 percent to $505 million. DOE is directed to “invest in the recapitalization of key instruments and infrastructure, and in staff and other resources necessary to deliver critical scientific capabilities to users.” Congress is providing $282 million, a marginal increase, for operations at DOE’s two neutron source user facilities, SNS and the High Flux Isotope Reactor, also at Oak Ridge. DOE is directed to “proceed with the most critical deferred repairs, replace outdated instruments, and make essential machine improvements.”

The HEP program budget is increasing 8 percent to $980 million. Both the House and Senate originally proposed budgets exceeding $1 billion. However, the budget will still be 19 percent higher than the more optimistic scenario for constrained funding considered in the 2014 Particle Physics Project Prioritization Panel (P5) report. 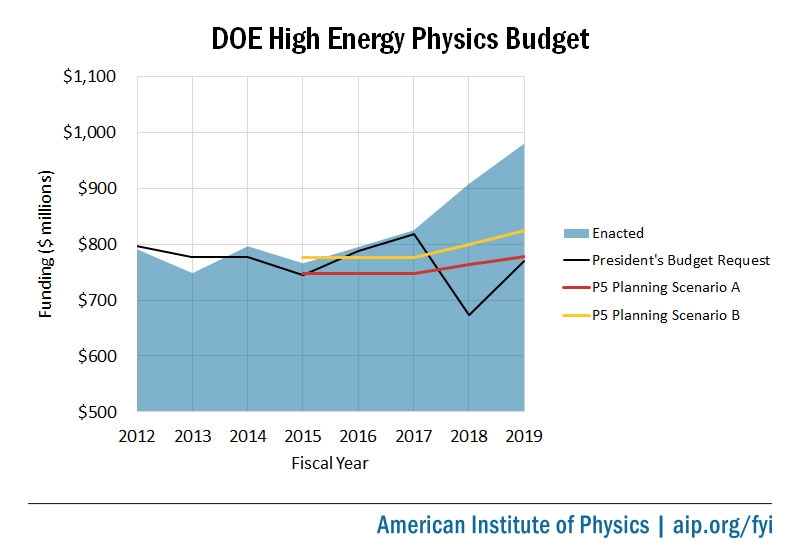 LBNF/DUNE. Funding for construction of the Long-Baseline Neutrino Facility and Deep Underground Neutrino Experiment will ramp up from $95 million to $130 million. The amount is less than the original House and Senate proposals but higher than the administration’s request. The project is expected to cost DOE between $1.3 billion and $1.9 billion, excluding contributions from international partners.

Proton Improvement Plan II. Funding will increase from $25 million to $35 million for PIP-II, an accelerator upgrade at Fermilab required for LBNF/DUNE. DOE approved the project’s conceptual design in July.

Muon-to-electron (Mu2e) conversion experiment. As preparatory work ramps down on Fermilab’s Mu2e experiment, which is scheduled to begin in 2020, the project will receive a final construction appropriation of $30 million.

Large Hadron Collider High-Luminosity upgrades. DOE contributions to an upgrade to increase the beam luminosity of the LHC at CERN and to associated upgrades to the CMS and ATLAS particle detectors will rise from $51 million to $105 million. Work on the ten-year project officially began in June.

Large Synoptic Survey Telescope Camera. Having already delivered all the funding required for the LSST Camera's development, Congress directs DOE to spend $6.3 million on its commissioning and initial operation.*

Following a 40 percent increase in fiscal year 2018, the FES program budget will increase 6 percent to $564 million.

ITER. The DOE contribution to the France-based ITER fusion energy project will increase from $122 million to $132 million with no specified division between in-kind and cash contributions. It will be the largest U.S. contribution since fiscal year 2015, although the House Science Committee had recommended providing $213 million to meet the U.S.’ full obligation to the project.

Materials Plasma Exposure Experiment. Congress is providing initial funding of $7 million for an experiment at Oak Ridge to explore the effects of burning plasma conditions on materials to be used in nuclear fusion reactors.

Broadened FES scope. On Sept. 13, Congress passed the “Department of Energy Research and Innovation Act,” which expands the scope of the FES program to encompass inertial confinement fusion and “alternative and enabling” fusion technologies. The appropriations legislation does not address these new areas. However, the statement does direct the Fusion Energy Sciences Advisory Committee to collaborate with the DOE Office of Nuclear Energy to explore establishing a reactor concepts research, development, and deployment activity.

The budget for the NP program is increasing 1 percent to $690 million.

Facility for Rare Isotope Beams. As work on FRIB begins to ramp down at Michigan State University, its construction budget is decreasing from $97 million to $75 million. Funding for FRIB’s Gamma-Ray Energy Tracking Array will increase from $5.2 million to $6.6 million.

sPHENIX detector. The sPHENIX project at the Relativistic Heavy Ion Collider at Brookhaven will receive an initial appropriation of $5.7 million.

The budget for the ASCR program will continue its rapid increase, rising 15 percent to $936 million.

Advanced computing facilities. As preparations continue for the construction of two exascale supercomputers, the budgets of DOE’s Leadership Computing Facilities will continue to grow, with funding for the Argonne facility increasing 27 percent to $140 million and funding for the Oak Ridge facility increasing 23 percent to $200 million. The budget for the National Energy Research Scientific Computing Center at Berkeley Lab will increase 12 percent to $105 million.

Energy Sciences Network. Funding for ESNet will continue its recent growth, increasing 8 percent to $85 million. ESNet is a high-bandwidth network that facilitates collaboration between scientists working at universities, national labs, and other institutions.

Scientific Discovery through Advanced Computing. Funding for the ASCR SciDAC partnerships program will increase to $76 million, with up to $13 million reserved for work on artificial intelligence and “big data focused on the development of algorithms and methods to identify new ways of extracting information from data generated at the Office of Science’s large user facilities or validating use of machine learning in the Office of Science’s programs’ scientific simulations.” The program was funded at $33 million in fiscal year 2017, the most recent year for which figures are publicly available. DOE had requested an increase to $63 million to support new work on quantum information science and data-intensive science.

The BER program budget is increasing 5 percent to $705 million.

User facilities and labs. Funding for the Atmospheric Radiation Measurement (ARM) user facility will increase 4 percent to $68 million, with an additional $17.5 million provided to replace its aging Gulfstream-159 airplane. The Joint Genome Institute, which is operated by Berkeley Lab, will see a 1 percent funding increase that will bring its budget to $70 million. Funding for the Environmental Molecular Sciences Laboratory at Pacific Northwest National Laboratory will increase 4 percent to $45 million. 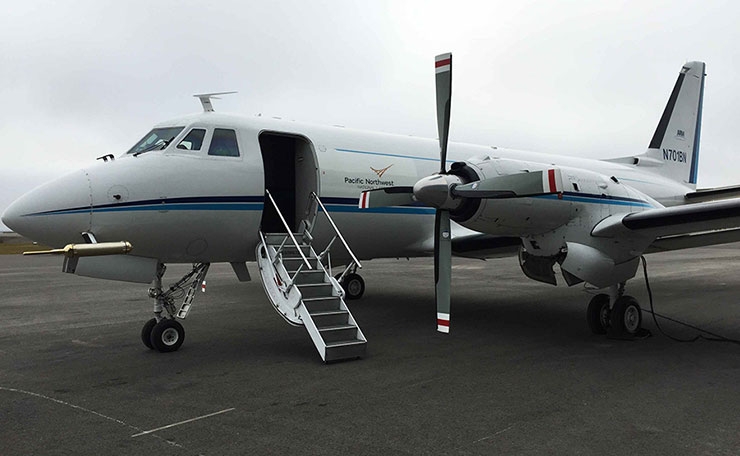 Research programs. The final appropriation adheres to Senate proposals for BER research programs. The statement specifies $90 million for Foundational Genomics Research, $40 million for Terrestrial Ecosystem Science, and about $22 million for Subsurface Biogeochemical Research, which are close to fiscal year 2017 levels. However, the budget for Biomolecular Characterization and Imaging Science will be about $35 million, almost 80 percent higher than fiscal year 2017. The budget for Environmental Systems Modeling will be $97 million, which is 7 percent higher than fiscal year 2017.

Ultrafast high-intensity lasers. The statement directs DOE to develop a plan responding to a recent National Academies study on the need for investment in high-intensity ultrafast lasers. The study found that U.S. leadership in petawatt laser research has been ceded to Europe and recommended DOE plan “at least one large-scale open-access high-intensity laser facility that leverages other major science infrastructure in the Department of Energy complex.”

EPSCoR Implementation Grants. The statement directs DOE to “resume annual or at minimum, biennial, Implementation Grant solicitations” through its Established Program to Stimulate Competitive Research program, which is administered by the Basic Energy Sciences program office. The DOE EPSCoR budget will remain level at $20 million.

Student programs. The statement specifies $10.3 million for the Science Undergraduate Laboratory Internship program, a $2 million increase over fiscal year 2017. The Office of Science Graduate Student Research program is to receive $3.5 million, up from $2.5 million in fiscal year 2017.

*This sentence originally incorrectly stated that the LSST Camera had been completed and delivered to the LSST site.