With telecommunications applications increasingly occupying radio spectrum bands close to those used for critical satellite-based weather monitoring and research, the House Science Committee is examining why federal agencies have had difficulty reconciling their spectrum-related interests. 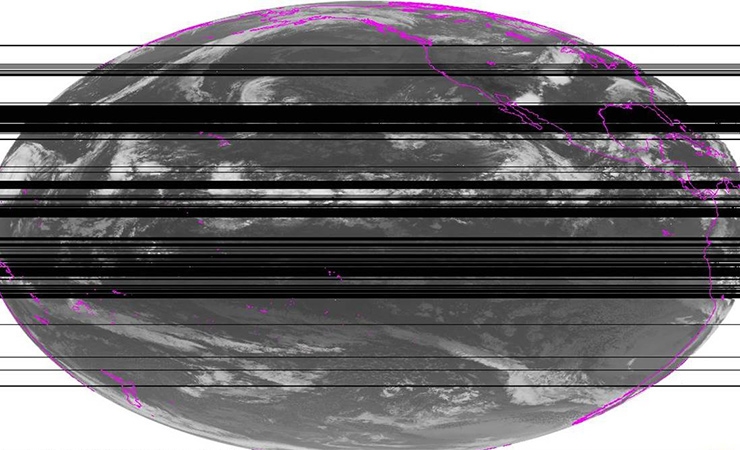 At a hearing this week, the House Science Committee revisited a conflict over radio spectrum allocations that pitted NASA and the National Oceanic and Atmospheric Administration against the Federal Communications Commission in spring 2019. At that time, the two agencies alleged FCC’s impending auction of the 24 gigahertz spectrum band for 5G telecommunications applications endangered satellite water vapor observations in the 23.8 gigahertz band that are critical for weather forecasts and Earth science research.

Dismissing the objections, FCC went ahead with the auction as planned, though stronger restrictions on emissions from 5G equipment were later agreed to at that fall’s World Radiocommunications Conference. Nevertheless, researchers remain concerned the restrictions will not effectively mitigate interference and that future spectrum allocation decisions will present further threats to science applications.

When FCC dismissed NASA’s and NOAA’s objections to its auction in 2019, it argued their technical claims were “based on an unvalidated and badly flawed study,” and it also complained they had passed up repeated opportunities to make their case during the lengthy run-up to the auction. At this week’s hearing, committee members and witnesses suggested that researchers are ill-equipped to track FCC activities and advocate for their position through the commission’s proceedings.

Leading off her questions to witnesses, Johnson remarked,

Many science stakeholders have pointed out that for the 24 gigahertz process, it was difficult to even get to the table, to even become aware of what was at stake, because the … proceeding was folded into a much larger ‘Spectrum Frontiers’ proposal, which covered many other bands. Even the lawyers need lawyers to help them understand exactly what is going on in some of these mega-proceedings.

Bill Mahoney, associate director of the National Center for Atmospheric Research, agreed the proceedings can seem opaque and that FCC should be more active in reaching out to science agencies, scientific associations, and other organizations. “The number of dependents on Earth system observations is very, very large, and they absolutely need to be more involved in understanding and actively participating in the FCC proceedings,” he said.

Federal uses of spectrum, including scientific ones, are managed and protected by a Commerce Department agency called the National Telecommunications and Information Administration. In turn, NTIA chairs and is advised by a body called the Interdepartment Radio Advisory Committee (IRAC) comprising representatives from 19 federal agencies, including NASA and NOAA.

GAO official Andrew Von Ah explained that the aim of IRAC and other coordinating mechanisms between NTIA and the FCC is to forge consensus, but noted there is no clear guidance on how to resolve disputes when consensus cannot be reached. He also observed that despite the growing demand on spectrum resources, the memorandum of understanding and guidance document that shape FCC–NTIA interactions have not been updated since 2003. Concerning the 24 gigahertz proceeding specifically, he further said there was no clear point at which NOAA and NASA were supposed to have weighed in.

Manner said some measures her panel recommended to improve coordination would require legislation, such as unifying spectrum management decision-making within a new agency or consolidating functions within FCC or NTIA. Others would be simpler to implement, such as improving communication between FCC and NTIA and creating an interagency working group on spectrum initiatives and planning.

Speaking for herself, Manner further suggested expanding the technical staff of FCC and NTIA to help them better assess how spectrum reallocations affect a fuller range of stakeholder interests. In addition, she said the State Department should have its own technical staff because it makes final determinations when FCC and NTIA disagree on what the U.S. position should be in international negotiations.

“This is an important role because State has a sense of the broad issues incumbent in the national interest, but State cannot mediate on a technical issue if it lacks engineering expertise,” she said.

Von Ah testified that at the 2019 World Radiocommunication Conference (WRC) the U.S. was in a weak position concerning the 24 gigahertz band because the interagency dispute had been highly public and prevented the U.S. from submitting studies ahead of the conference. GAO’s report suggests that situation created “challenges for the U.S.’ ability to present either a unified position to the international community or an agreed-upon technical basis for the conclusions the U.S. ultimately supported.”

While most of the report’s recommendations revolve around improving interagency coordination, it also states agencies should settle on how to design the technical studies the U.S. submits to WRC technical meetings, including by establishing “acceptable assumptions and methodologies.”

David Lubar, an expert on spectrum management at the Aerospace Corporation, a federally funded R&D center, testified that studies designed to analyze interference in telecommunications equipment are inappropriate for analyzing interference with passive satellite observations.

“Their operation and sensitivities are vastly different, because passive weather sensors are measuring the very subtle ‘noise floor.’ Most communication engineers consider the noise floor unusable and would not be concerned with emissions at or below that level,” he said, adding that there is no direct way to counteract contamination in weather sensor observations.

University of Wisconsin-Madison atmospheric scientist Jordan Gerth spelled out how contaminated observations would degrade weather forecasts. “Using a 5G-inflated observation could lead to a worse forecast unless numerical weather models are configured to use microwave observations with a decreased confidence in their quality, a mitigation that would have far-reaching complications for weather forecasts beyond where there is interference," he said.

Mahoney observed that current studies cannot clearly predict the implications of interference for forecasting. He remarked, “At this point, most of the studies that have been done have been pretty broad data-denial experiments, or simplified interference experiments, and their results have been generalized to the general forecasting process.”

“So, what needs to occur is first do no harm until we have a much better idea of what the impacts could be and how much interference may be tolerated, if any,” he said.

Concerns about spectrum are widespread

Over the last two years, concerns about spectrum management have become widespread in Congress. Shortly after Johnson and Lucas’ letter to GAO, the Democratic and Republican leaders of the House Energy and Commerce Committee added their voice to the matter, arguing that federal spectrum management had broken down repeatedly and become “chaotic.”

One particularly consequential dispute has been over the allocation of a spectrum band to the telecommunications company Ligado, which critics say endangers the integrity of the Global Positioning System. Concerned about the implications for the U.S. military, the House and Senate Armed Services Committees inserted a series of provisions on the issue in last year’s annual defense policy legislation and also directed NTIA to prepare a plan for modernizing and automating federal spectrum management in general.

This April, meteorologists warned in a letter to congressional leaders that the Ligado allocation would likewise have implications for weather forecasting and specific applications such as aviation and precision farming — a subject Lucas asked about at the Science Committee hearing.

Researchers have raised further concerns about plans to open up a number of other bands for telecommunications, including previously wide-open portions of the spectrum above 95 gigahertz. These concerns involve not only satellite observations of environmental conditions on Earth, but also observations made by Earth-based radiotelescopes of far-distant astronomical objects and the ability to transmit data from remote sensors continually and without corruption.