US Research Security Campaign Under Strain as Cases Falter

The Justice Department is continuing to backtrack in bringing cases against academic researchers for allegedly concealing ties to Chinese entities. Meanwhile, surveys suggest that efforts by the department and science agencies to crack down on disclosure policy violations have led to widespread anxiety among researchers. 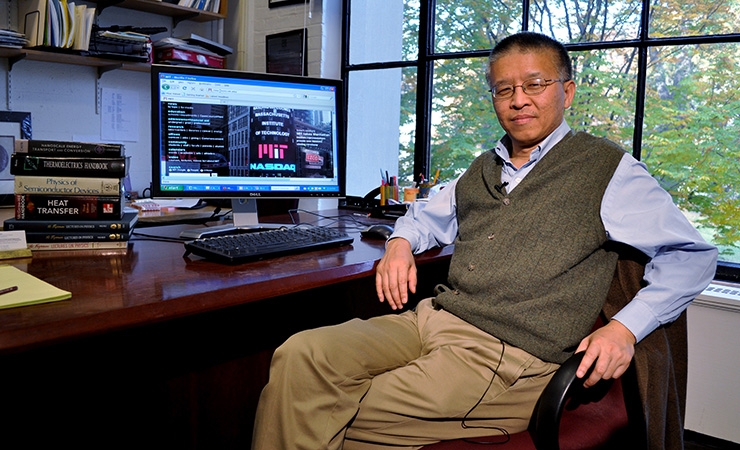 On Jan. 20, a federal judge dismissed all charges against MIT nanoengineering professor Gang Chen after Department of Justice prosecutors concluded they could not sustain accusations of fraud and other crimes related to the alleged nondisclosure of ties he had with Chinese entities.

Allegations of unreported affiliations are a staple in cases DOJ has brought against academics through its “China Initiative.” The department has argued that by hiding their work in China, defendants are intentionally exploiting their employers and the federal agencies that fund their research. Yet, Chen’s is the latest in a growing number of cases to sputter out after prosecutors ultimately declined, or failed, to show in court that the researchers were engaged in criminal schemes.

Meanwhile, science agencies are seeking to clarify their disclosure requirements to reduce unintentional omissions, while also scaling up efforts to detect disclosure policy violations. Last fall, the National Science Foundation’s inspector general reported her office is “overwhelmed” with the volume of possible violations being referred to it.

Critics of the government’s research security dragnet have been increasing in number and are now presenting data they have gathered suggesting that its negative consequences are widespread. According to recent surveys, many researchers have withdrawn from collaborations to avoid running afoul of federal officials, while about half of researchers who are ethnically Chinese are feeling at least some anxiety about government surveillance.

In finding and building cases against academics, DOJ has now stumbled repeatedly in attempting to untangle and assess researchers’ professional relationships. It reportedly only dropped its case against Gang Chen after it learned from the Department of Energy that Chen had not been required to disclose activities that prosecutors accused him of omitting on a 2017 grant application, and that those activities would not have affected DOE’s funding decision.

In an op-ed on Jan. 21, Chen condemned the prosecutors for twisting evidence against him and for failing to obtain, consider, and turn over exculpatory information. He wrote,

The Justice Department’s misguided theory of prosecution could likely apply to thousands of professors who failed to list every routine professional activity with any entity in a foreign nation (which was not a requirement at the time).

In an interview with the New York Times, Chen explained that in the year since his arrest his research program at MIT disintegrated, with his postdocs transferring to other groups. He also said he is not eager to apply again for federal funding.

Last summer, DOJ abandoned similar charges against Cleveland Clinic researcher Qing Wang, whose lawyer asserted he had in fact disclosed an affiliation he was accused of hiding from the National Institutes of Health. Shortly afterward, the department dropped charges against five Chinese nationals it accused of not disclosing ties to the Chinese military in their visa applications, stating that their detainment awaiting trial already exceeded their likely sentence.

Then, last fall a judge acquitted University of Tennessee professor Anming Hu, concluding prosecutors were unconvincing in arguing that Hu hid a minor affiliation with a Chinese university to circumvent a policy that restricts NASA from funding entities in China.

In December, DOJ secured what is so far its lone conviction at trial against an academic, when a jury took less than three hours to find Harvard University professor Charles Lieber guilty of lying about his enrollment in a Chinese talent program and failing to report associated income to the IRS. Even in that case, though, the portrait that emerged was not that he deliberately hid his work in China to exploit U.S. institutions, but rather that he treated that work and his interactions with investigators so cavalierly that he exposed himself to legal jeopardy.

Prosecutors have also secured plea deals with some academics. Most recently, on Jan. 21 former University of Arkansas professor Simon Ang agreed to accept a one-year prison sentence, if a judge imposes it, for lying to federal investigators about his listing as an inventor on Chinese patents. In exchange, DOJ dropped fraud charges related to Ang’s nondisclosure of affiliations with Chinese businesses and funding he received from Chinese talent programs, leaving those accusations untested.

In his Times interview, Chen said prosecutors offered him an attractive deal that did not involve a guilty plea, but he rejected it because he feared it would not clear his name and he might have been asked to give information that DOJ would use to incriminate others.

Alongside DOJ’s prosecutions, science agencies have also been cracking down on disclosure policy violations. Among these efforts, NIH’s has been particularly aggressive. At the end of last year, the agency reported that nearly 100 researchers had quit or been fired from their jobs because of its investigations.

Allison Lerner, NSF’s inspector general, offered her views on the situation at a congressional hearing last year. She said proper disclosure is important because it enables the agency to assess grant applicants’ competing obligations and allocate grant funds more fairly. At the same time, she said that since 2017 her 20-person office has faced an avalanche of tips and that research security now occupies more than 60% of its entire caseload. She remarked,

At this point, I think even if we doubled the number of people in our investigative office, we would still be hard-pressed to keep up with the number of allegations that are coming in. These cases tend to be complex and time-consuming, and in responding to them we have sorely tried our staff, who are doing their level-best but working beyond their capacity.

Lerner indicated the allegations come from a variety of sources and said her office receives enough inquiries from the FBI to occupy a staff member’s full-time attention.

An appendix to Lerner’s written statement reported that her office’s investigations had resulted in 24 grant suspensions, 16 grant terminations, the government-wide suspension of nine researchers’ eligibility for federal funds, and the debarment of four researchers and two entities from receiving future NSF funding. The appendix also included case examples of researchers trying to evade inquiries about their activities.

Facing investigations and accusations against their employees, research institutions have made different choices about how to respond.

For instance, MIT steadfastly supported Gang Chen, but Harvard University did not back Charles Lieber, prompting him to file an unsuccessful lawsuit against it. The Cleveland Clinic fired Qing Wang immediately after his arrest, and the University of Tennessee fired Anming Hu when he was unable to renew his work authorization, though it has now promised to rehire and compensate him.

Offering a university administrator’s perspective, then-outgoing University of California, Berkeley Vice Chancellor for Research Randy Katz told lawmakers last year he felt science agencies were seeking to sanction researchers without adequate due process. Saying there are “hundreds” of such cases, he offered the example of a researcher he concluded was innocent but who agreed to forgo applying for funding for a period to “avoid the displeasure of the agency, which can make or break a researcher’s career.”

Under such scrutiny, researchers and their institutions have been seeking clarity for years not only about what activities must be disclosed but also what activities agencies will deem problematic. This month, the White House provided guidelines for agencies to use to update and harmonize their disclosure policies while deferring consideration of what agencies should do with the information that is disclosed to them.

Uncertainty has led some researchers and their institutions to err on the side of caution in choosing how to collaborate. Last month, the American Physical Society released a survey of its members showing that nearly 20% of respondents had withdrawn from international collaborations in view of research security policies. More than three-quarters of that group reported they had withdrawn at their own volition and almost half reported receiving direction to withdraw. (APS is an AIP Member Society.)

Summarizing free-form responses, the survey report states, “In some cases, physics professionals report taking an overly cautious approach out of fear. Their actions include not writing recommendation letters for graduating students who are applying for positions in China and ending collaborations with former postdocs.”

The survey also found that research security policies are adding to perceptions among nearly half of international physics graduate students and early-career scientists that the U.S. is “unwelcoming.” More than 80% of the international respondents in those career stages reported having considered pursuing their careers elsewhere, with about half of that group citing feeling unwelcome as a primary factor in their thinking.

Research security crackdowns have left a particularly strong impression on researchers who are ethnically Chinese. Last fall, a survey of researchers sponsored by the Committee of 100, a Chinese American advocacy organization, found that half of ethnically Chinese respondents reported being fearful or anxious of “being surveilled by the U.S. government,” including 40% of those who are U.S. citizens. In addition, nearly 40% of all ethnically Chinese respondents claimed they had experienced “difficulty in obtaining research funding in the U.S. as a result of their race/nationality/country of origin.”