May Photos of the Month

During this time of a pandemic crisis and physical distancing, we are reminded more than ever of the important relationships in our lives. Whether you are finding new, virtual ways to connect with friends or counting the days until you can once again embrace, I think we can all appreciate this digital photo album of scientific friendships. 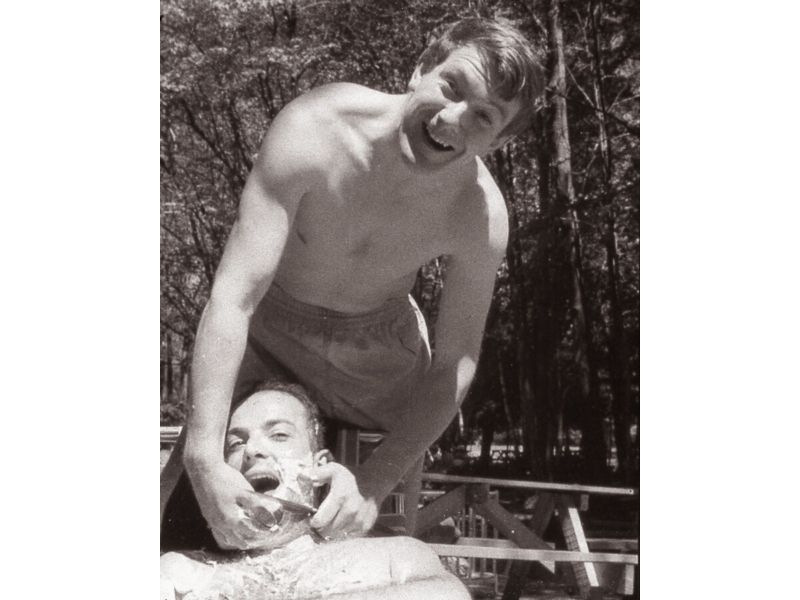 I love this photograph from our Zallen Collection. In the early 1960s, Richard Zallen worked under William Paul at Harvard’s Gordon McKay Lab studying semiconductor properties. Their friendship continued for over 40 years, which you can see in many photos in this collection, including this one from a celebration of William Paul in 2002! 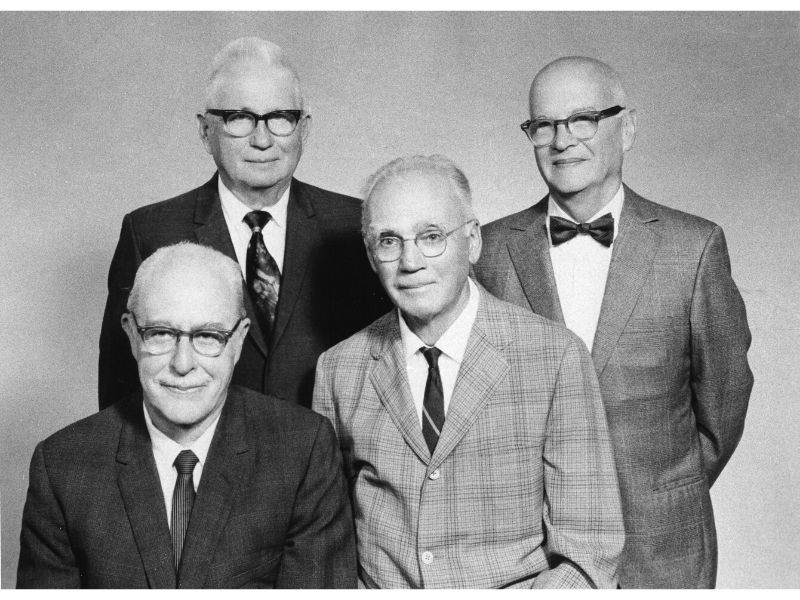 Walter H. Brattain, Walker Bleakney, Vladimir Rojansky, and Everly Workman graduated from Whitman College together in 1924. Known as ‘The Four Horsemen of Physics,’ they all went on to have success in the field of physics. You can read more about their friendship at Whitman and in the years after in Walter Brattain’s oral history interview. 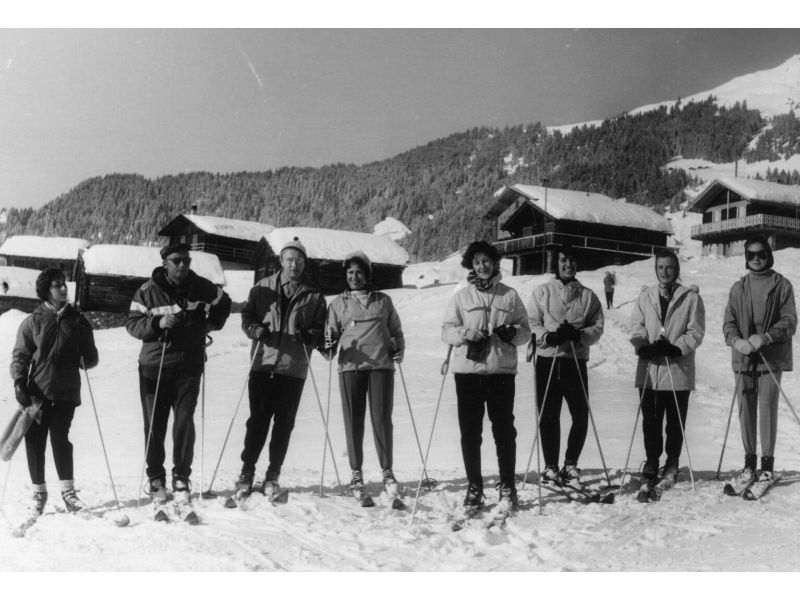 Caption: Val and Lia Telegdi (third and fourth from left, respectively) pose with an unidentified group outdoors at a ski lodge in Verbier, Switzerland, in January 1960.

Valentine Telegdi contributed greatly to the physics academic and research community but from the photos shared in our Telegdi Collection, it’s evident that he always made time for friends, family, travel, and…his cats! 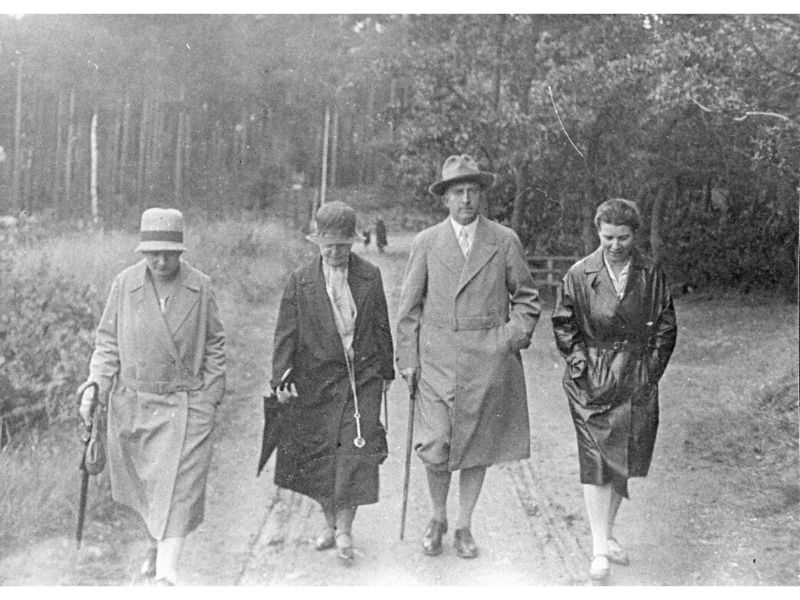 Browsing through the Kohn Photo Collection, you can see that Hedwig Kohn enjoyed spending leisure and social time outdoors. Here she is with fellow German physicist Peter Bergmann. 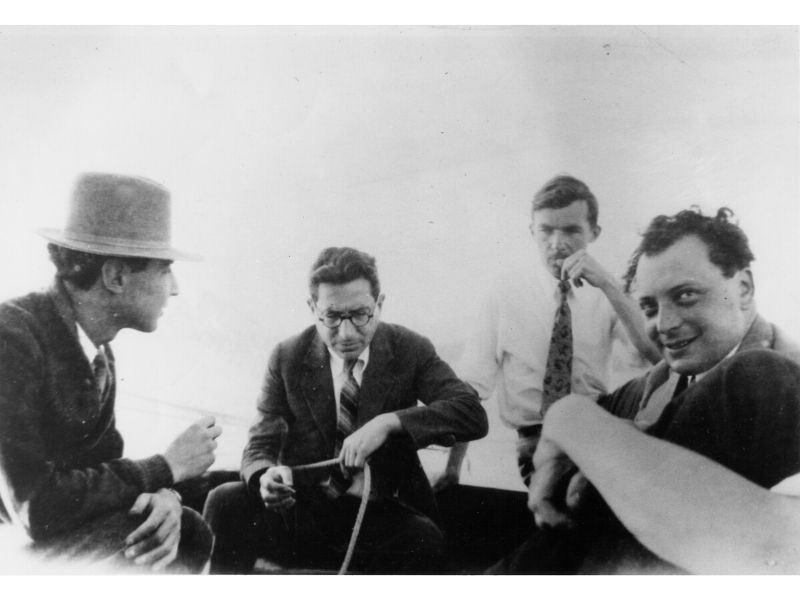 Isidor Rabi and Robert Oppenheimer developed a friendship through their work on projects such as the Manhattan Project. In his oral history interview from December 8, 1963, Rabi speaks fondly of his friendships among the physics community.

Liz Holdzkom is the Archival Intern at Niels Bohr Library & Archives. She holds a B.A. in Journalism from Elon University in North Carolina, and is currently preparing to graduate from the University of Maryland-College Park with a Master's in Library and Information Science. For her final semester in graduate school, Liz worked with the Emilio Segrè Visual Archives to prepare for the migration to a new management system.

Conceptual Physics
The AAS Annie Jump Cannon Award
Coloring Pages!
Curating the Sky
Georges-Louis Leclerc, Comte de Buffon (1707-1788)
The Blustine Collection
For the Love of Books
#1Lib1Ref: A Wikipedia Challenge
For the Love of Information
Physics in the Family