Zoom Backgrounds from the Archives, part 2

Zoom Backgrounds from the Archives, part 2

Back by popular demand, Zoom backgrounds, part two! (Check out part one here!) Our staff has chosen some of our favorite images from the Emilio Segrè Visual Archives (ESVA) and made them available, sized to fit perfectly in your video chat tool of choice (Zoom, Teams, etc.). The Acoustical Society of America’s social media team challenged us on Twitter to include acoustics-themed images in round two, which we gladly accepted. They are scattered among the other visually appealing images from ESVA. Download below: 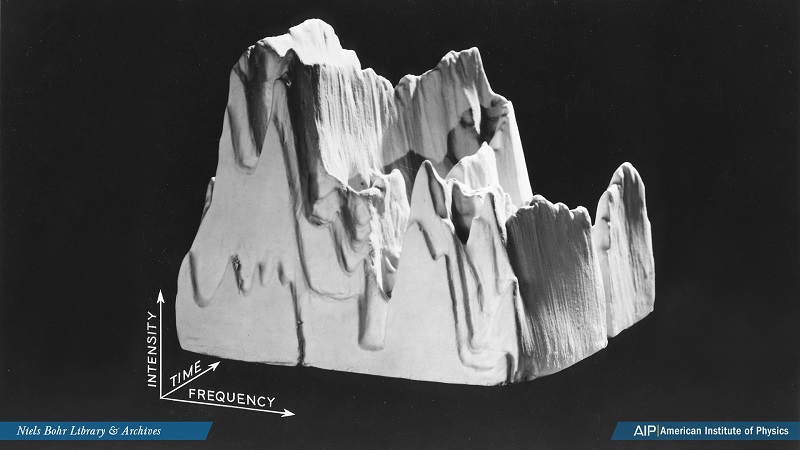 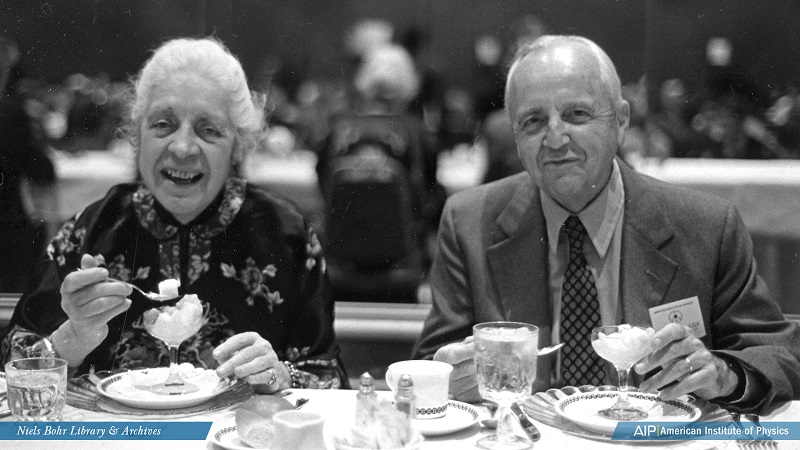 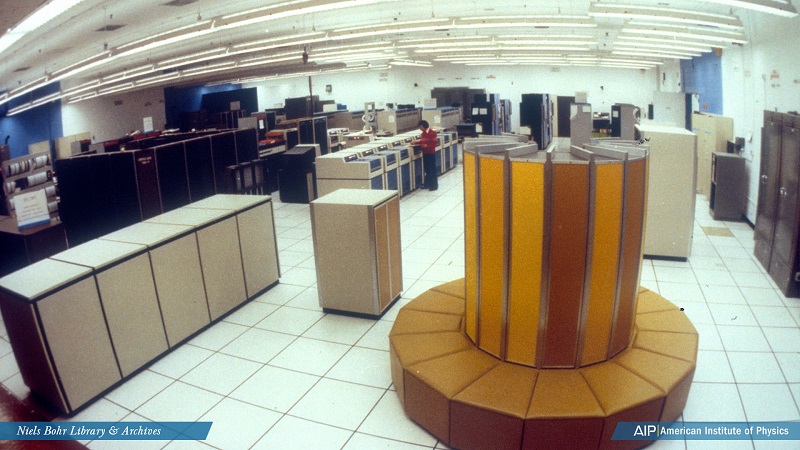 The Los Alamos Central Computing Facility (CCF) in the late 1970s. What looks to be a groovy high-back circular piece of furniture is actually a supercomputer called CRAY-1, which Los Alamos outbid Lawrence Livermore National Laboratory to get in 1976. 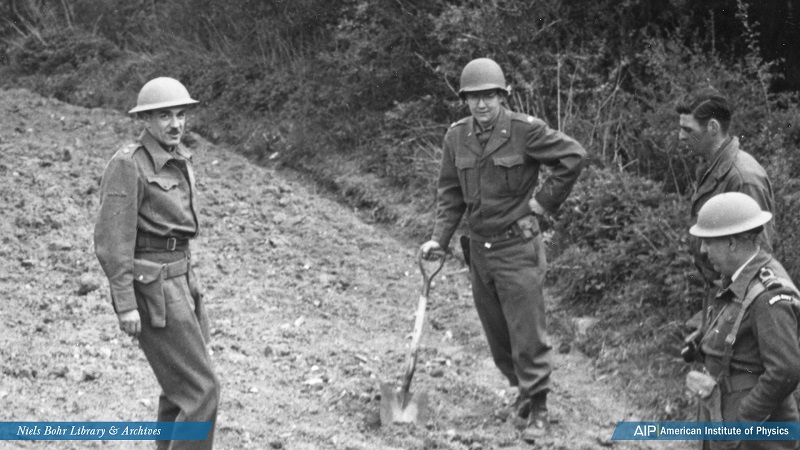 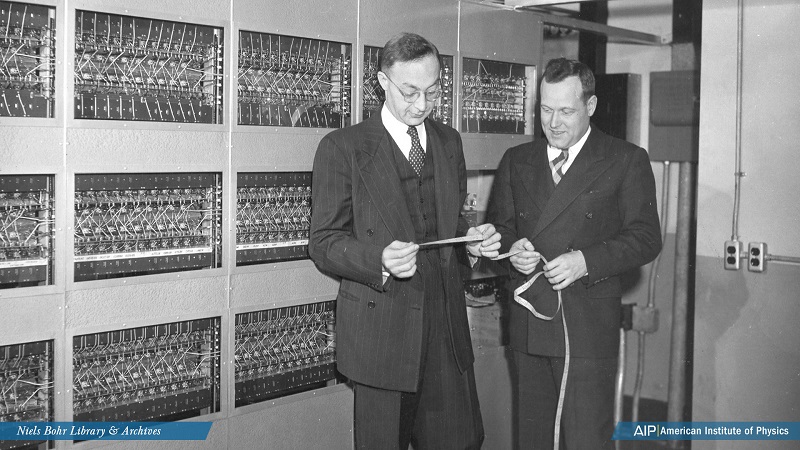 Professor Abraham H. Taub and Professor Ralph E. Meagher examine an ILLIAC I tape. ILLIAC I, a supercomputer built at the University of Illinois. In 1957, composers Lejaren Hiller and Leonard Issacson used ILLIAC I to create Illiac Suite, for a string quartet, which is widely accepted as the first score to have been generated by an electronic computer.

Two Heads Are Better Than One 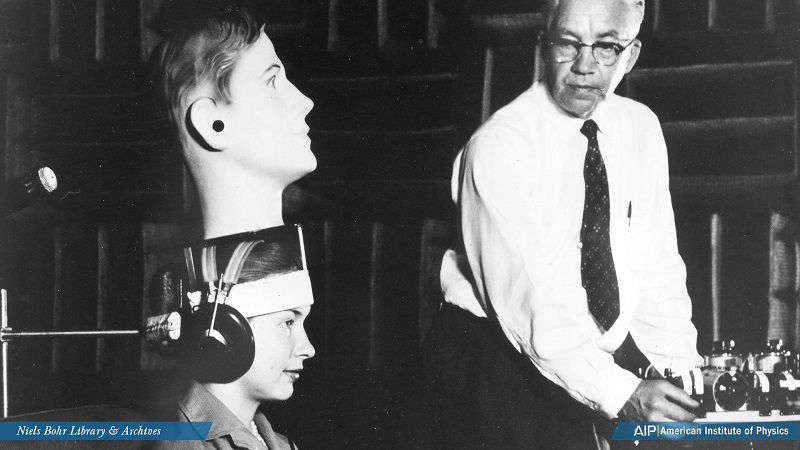 Caption on photo reads: "Two heads are better than one for Bell Telephone Laboratories research into the ways people locate the direction of sound. Practical results of the recent 'double dome' research at Murray Hill, NJ, may be the improvement of stereophonic radio and TV programs, which are transmitted nationwide over telephone facilities. In the experiments, two microphones in the ears of the dummy, 'Oscar II' were substituted for human ears. Oscar's head reproduced the 'shadowing' of sound by a human head. Persons participating in the tests -- such as Mary Lou Hartig, shown -- wore the extra head so that motions of their heads would be reproduced, for even very small movements influence hearing. The natural sounds received in each microphone were altered electronically by acoustics scientist, R. L. Hanson (right) and were delivered to the earphones. Listeners were asked to point to the apparent direction of the altered sound. Normally, the ear that is closer to a sound hears it earlier and louder than the other ear. Here, however, artificial differences in time delays and intensity were introduced, and it was found that the factor of intensity is more important than previously believed. If sound reaches one ear first but reaches the other ear somewhat louder, the hearer is completely confused." 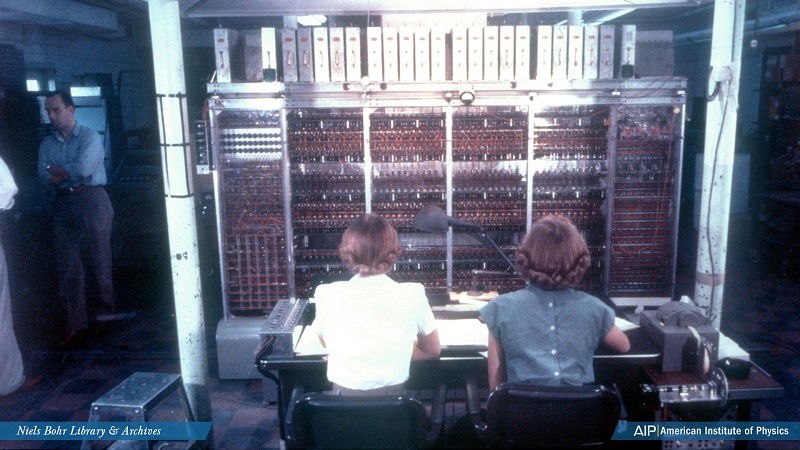 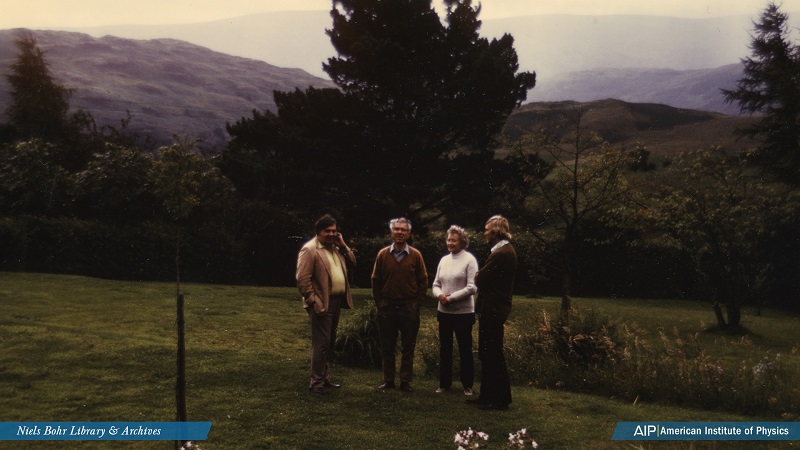 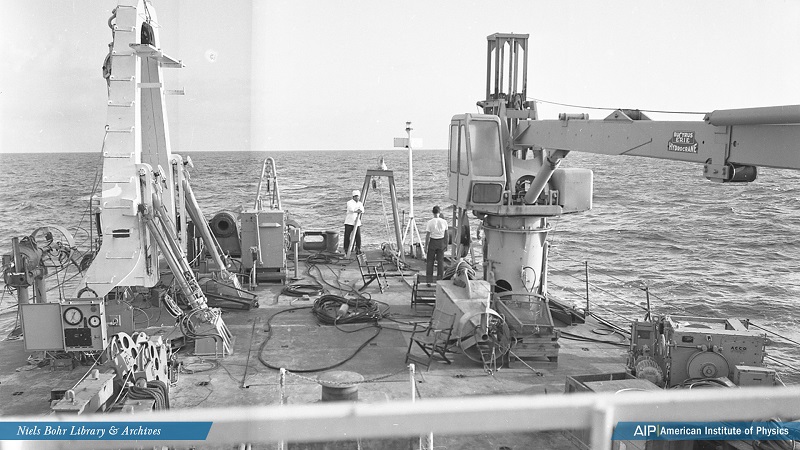 Equipment on the after deck of the USNS Kane, 1968. The USNS Kane was a 285 ft. oceanographic research and hydrographic survey ship which traveled the Mid-Atlantic Ridge from June to October, 1968. The cruise mission was to gather evidence of the history of the Atlantic Ocean floor and the theory of continental drift using a variety of tools including the DEC PDP-8 computer, hydrophone arrays, underwater cameras, and coring tubes. The scientific team on this voyage was led by Bruce Heezen, of the Lamont Geological Observatory. 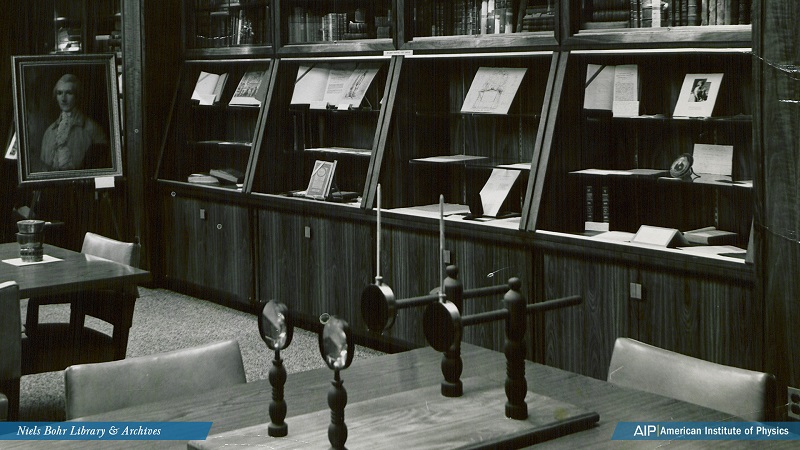 The American Institute of Physics’ headquarters have not always been located in College Park, MD. This image shows the Niels Bohr Library in its original location at 335 East 45th Street in New York City, circa 1960. 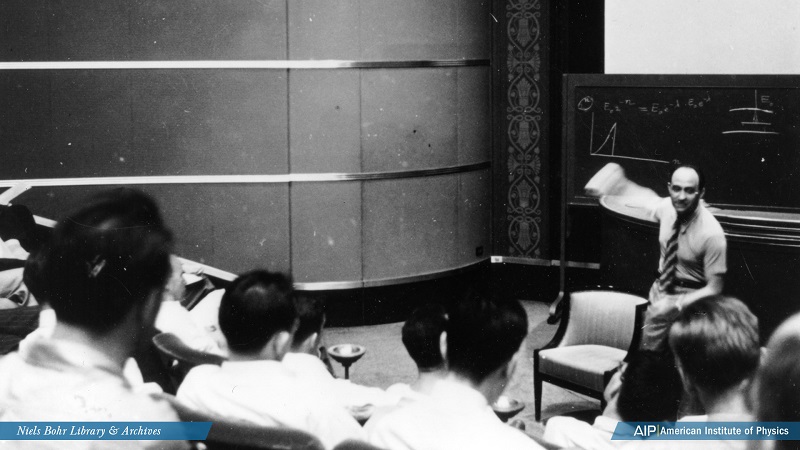 Enrico Fermi lectures in a University of Michigan classroom. 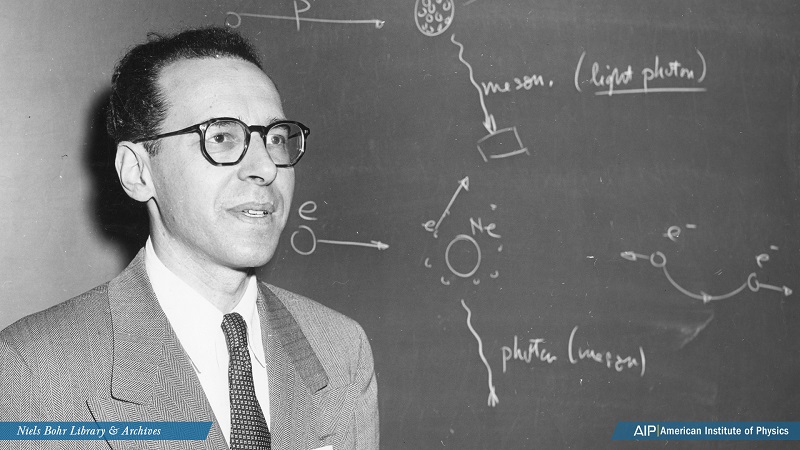 Maurice Goldhaber lectures next to a molecular diagram drawn on a blackboard at the 8th International Conference on High Energy Physics (ICHEP or Rochester Conference), Geneva, Switzerland, 1958. 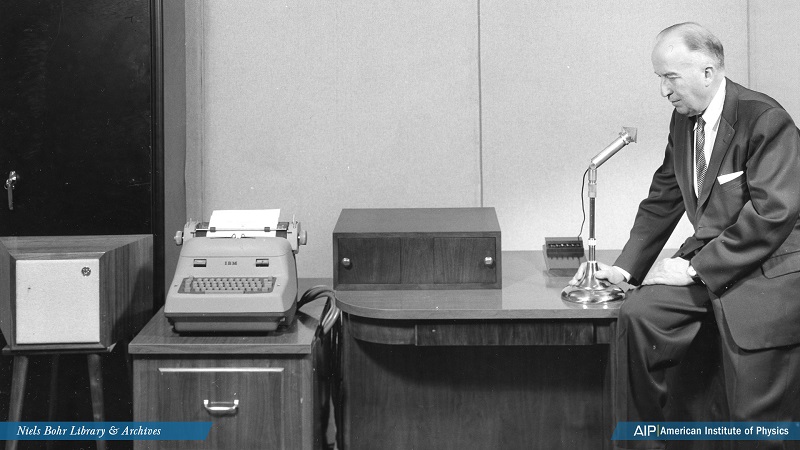 In the Sky with Diamonds: Physics in the 1960s
Vera Rubin: A Life, with Author Dr. Jacqueline Mitton
ESVA Migration FAQs
Photos of the Month: The Yoichiro Nambu (南部 陽一郎) Edition
Zoom Backgrounds from the Archives, part 2
How do Elements Fit Together?
Remembering Arecibo Observatory
The T's of Ex Libris Universum
The S’s of Ex Libris Universum
Before Newton