New policy proposals circulating in Congress and floated on the campaign trail suggest that politicians in both parties have an appetite for significantly increasing federal R&D spending. 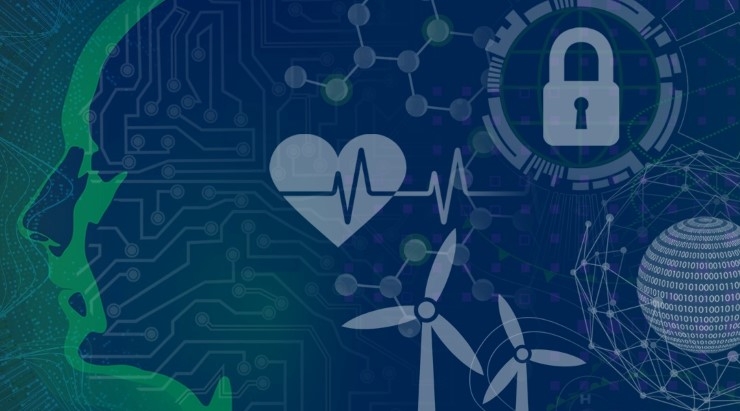 Proposals are proliferating in Congress to ramp up federal R&D spending by billions of dollars annually, with senior Democrats and Republicans backing various ideas for supporting fields they deem critical to national interests. The proposals differ in exactly which programs they target, but all cite either climate change or strategic competition with China — or both — as justification for turbocharged funding.

Legislative pathways for the proposals are only beginning to come into focus. In the months ahead Republicans are planning to showcase innovation-focused energy R&D plans as alternatives to Democrats’ broader proposals to reduce carbon emissions. In addition, bipartisan interest has begun to coalesce around the five “Industries of the Future” the White House has identified as key to U.S. global competitiveness: artificial intelligence, quantum information science (QIS), 5G telecommunications, advanced manufacturing, and synthetic biology.

With the election season now well underway, though, time is short to assemble a major legislative push this year. Efforts could continue into the next Congress, perhaps under significantly different circumstances should President Trump be defeated in the November election. The Democratic candidates for the presidency have included major innovation pushes in their platforms, which could also eventually become part of the equation.

The bill would also direct the White House to develop a National Science and Technology Strategy and perform a quadrennial assessment of the U.S. research enterprise. In a statement, the bill’s sponsors asserted the exercise would entail a “strategic whole-of-government planning process to establish national priorities with better coordination between agencies.”

At a hearing the day after he introduced the bill, Science Committee Ranking Member Frank Lucas (R-OK) said that investments in “basic research” are essential for addressing two “generational challenges”: competition with China and climate change. He also said he hopes the bill will “start a bipartisan conversation about what we need to do to ensure America's lead in the technological revolution of the 21st century.”

In a statement provided to FYI, Committee Chair Eddie Bernice Johnson (D-TX) indicated she is pleased the committee’s Republicans are “committed to a sustained 10 year growth path for our science agencies.” She added that committee Democrats are “looking at it closely for ideas that can advance our shared goals and be incorporated into bipartisan legislation that we are developing and hoping to move this session.”

Senate Commerce Committee. Last month, a bipartisan group of senators led by Commerce, Science, and Transportation Committee Chair Roger Wicker (R-MS) introduced the Industries of the Future Act. The bill would direct the White House to develop a five year plan to scale up investments in emerging technology areas, such as the White House’s five “industries,” to $10 billion per year by fiscal year 2025. It would also require a plan to double annual spending on QIS and AI over the next two years. The legislation stops short of formally recommending those spending levels, instead requiring the White House to propose follow-on legislation.

Although the bill has not advanced, the White House included a two year plan for roughly doubling spending on QIS and AI in its fiscal year 2021 budget request. It has not yet weighed in on the more ambitious $10 billion proposal.

Senate minority leader. At an AI conference in November, Senate Minority Leader Chuck Schumer (D-NY) floated a proposal to create a new funding entity that would channel $100 billion over five years into “basic research” in areas such as AI, quantum computing, robotics, and 5G. Schumer has not introduced legislation for the proposal as yet, but he did mention it again in a recent letter to the White House, suggesting U.S. R&D investments had failed to keep up with those being made by China as it pursues industrial policies such as its “Made in China 2025” plan.

He also asked the White House to propose funding the National Science Foundation at $10 billion and the National Institute of Standards and Technology at $1.5 billion in its fiscal year 2021 budget request, stating it would “send a clear signal to the world that the United States intends to retain its preeminent position as the global leader in science and technology.” The administration ultimately proposed decreasing funding for NSF from $8.3 billion to $7.7 billion and for NIST from $1 billion to $738 million, while increasing funding for AI at both agencies.

Sen. Lamar Alexander. In early 2019, Sen. Lamar Alexander (R-TN) called for doubling energy research funding over five years as part of what he has called a “New Manhattan Project for Clean Energy.” He also identified nine research areas ripe for “grand challenge” investments: advanced nuclear energy, natural gas, carbon capture, batteries, green buildings, electric vehicles, solar power, fusion energy, and advanced computing. Alexander’s proposals have not been embodied in legislation, but from his position as chair of the Senate appropriations subcommittee for the Department of Energy, he marshalled a funding boost for the agency this year that aligns with his doubling goal. However, he is retiring at the beginning of 2021 and Congress would need to make increasingly large spending commitments over the next four years to realize his vision.

In their campaign platforms, most of the Democratic presidential candidates have expressed interest in substantially increasing federal R&D funding, primarily as part of larger initiatives for addressing climate change. Below is a summary of major proposals, in alphabetical order:

Joe Biden has proposed a climate plan that calls on the U.S. to “make the largest-ever investment in clean energy research” and “create the industries of the future by investing $400 billion over ten years.” He proposes to establish a cross-agency Advanced Research Projects Agency focused on climate technologies that would fund work on grid-scale energy storage, small modular reactors, and carbon capture and storage, among other technology areas.

Michael Bloomberg proposes to quadruple federal R&D investments in “clean energy and a clean grid,” which he states would amount to $25 billion per year.

Pete Buttigieg calls for investing more than $200 billion in clean energy R&D over the next ten years, with annual funding reaching $25 billion by 2025. His infrastructure plan also proposes creating an ARPA-Infrastructure agency and spending $5 billion on upgrades to national laboratories and research facilities to address maintenance backlogs.

Amy Klobuchar proposes making “bold investments in direct climate research” at DOE and the Department of Defense, though her plan does not offer specific funding targets. She also calls for creating a Clean Energy Bonds program that would aim to raise “up to $50 billion and leverage $150 billion for clean energy innovation.”

Bernie Sanders proposes spending $500 billion on research to develop technologies to “fully decarbonize industry” by 2050. He also specifically proposes to invest $30 billion in a “StorageShot” initiative at DOE, modeled on the SunShot program, to reduce the cost of energy storage.