The White House announced a set of minor immigration policy changes last week aimed at better welcoming STEM students and scholars from abroad. Meanwhile, more substantive changes are currently up for debate in Congress, including the potential for exempting STEM graduates from numerical caps on green cards. 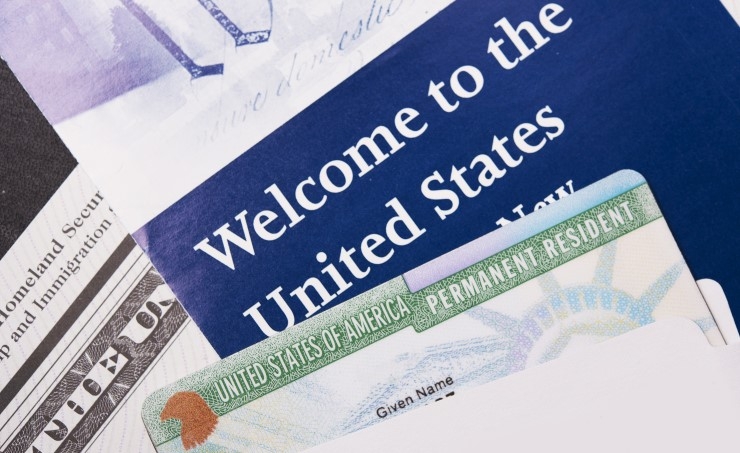 The Biden administration made a series of policy updates on Jan. 21 that aim to improve the U.S.’ ability to attract and retain STEM students and scholars from abroad. Among the changes, the Department of Homeland Security added 22 new STEM fields to the Optional Practical Training (OPT) program, which allows students on F-1 visas to work in the U.S. for a period of time after graduation. The administration also updated eligibility guidance for certain high-skill visa programs in a bid to increase the number of individuals with STEM backgrounds who successfully apply.

Announcing the actions, the White House stated, “Our commitment as a nation to welcoming new talent has long provided America with a global competitive advantage, and we must continue to lead in this effort.”

Although applauded by university groups, the moves are minor relative to more substantial changes in immigration policy that would require legislative action. Early in his administration, President Biden endorsed a broad-ranging immigration reform bill that would exempt certain classes of STEM doctoral graduates from caps on permanent residency cards, also known as green cards. Congress has not acted on that bill, but House Democrats did include an expansive green card cap waiver for STEM graduates in the America COMPETES Act of 2022 they revealed last week.

International students do not typically have a right to work in the U.S. after they finish their program of study, but the OPT program is one mechanism that allows them to do so in some cases. OPT generally permits students to remain in the U.S. for up to 12 months after graduation in order to gain practical experience or undertake temporary employment off campus. In 2008, DHS introduced a STEM-specific extension, allowing graduates in certain fields to remain for a total of 29 months. A 2016 rule further extended this period for STEM participants to 36 months.

The latest changes to the program make students in the 22 newly listed fields eligible for the 24-month extension. The announcement stated the added fields of study are “primarily new multidisciplinary or emerging fields, and are critical in attracting talent to support U.S. economic growth and technological competitiveness.” These include several areas related to the energy and environmental sciences, such as bioenergy, general forestry, forest resources production and management, anthrozoology, climate science and Earth systems science, environmental geosciences, geobiology, geography and environmental studies, atmospheric science, and oceanic science.

Other fields in the list include: “human-centered technology design,” which encompasses fields such as human-computer interaction and neuroscience; cloud computing and computer science; economics and mathematics; data science, visualization and analytics; and several social science fields, including industrial and organizational psychology and research methodology and quantitative methods research.

Proponents of the OPT program argue it makes the U.S. a more attractive destination for international students by giving them valuable work experience, and that the country benefits economically from their extended stay.

However, the program has also faced some pressure. Critics of OPT have argued it lacks adequate protections for the domestic workforce, though the program requires employers to ensure participants are not replacing such workers. A labor union for technology workers also brought an unsuccessful legal challenge against DHS’ 2016 expansion of OPT.

During the Trump administration, DHS revoked work permits for hundreds of participants, citing fraudulent activity such as students working in fields unrelated to their degree. It also considered modifying the program to “improve protections of U.S. workers who may be negatively impacted by employment of nonimmigrant students.” In addition, the administration considered curtailing OPT as part of an executive order limiting immigration during the pandemic, though it ultimately spared the program while limiting broad swaths of visas, including the H-1B program for high-skilled non-immigrants.

Other steps announced last week pertain to procedures the U.S. Citizenship and Immigration Services (USCIS) uses when determining visa eligibility. Among them, USCIS updated its policy manual to provide additional examples of evidence of STEM expertise applicants can submit when seeking O-1A visas, which are conferred to persons of “extraordinary ability” in certain fields.

The administration also released new guidance for employment-based permanent residency offered through the EB-2 National Interest Waiver, which enables advanced-degree holders or persons with exceptional ability to bypass a requirement that they have a job offer in hand. USCIS is now directed to consider a doctoral degree to be an “especially positive factor” when considering granting the waiver, especially in fields of critical importance to the U.S as defined by the National Science and Technology Council or the National Security Council. USCIS is also instructed to take into account letters of support provided by federal agencies or federally funded research centers.

In addition, the administration announced a new State Department-led “Early Career STEM Research Initiative” that will facilitate non-immigrant J-1 exchange visitors’ engagement in STEM through research or training with host organizations, including businesses. The department has also announced that STEM undergraduate and graduate students on J-1 visas can receive up to 36 months of academic training, up from the current cap of 18 months.

Farther-reaching STEM immigration reforms are now under debate in Congress. Under the COMPETES Act, holders of doctorates in certain STEM fields would be exempted from numerical caps on green cards, regardless of whether they earned their degree in the U.S. or abroad. House Democrats have also proposed amendments to extend the waiver to certain master’s degree graduates and to expand the list of eligible fields to include health professions.

Congressional Democrats have supported the cap exemption concept for STEM graduates in recent years through several bills, such as the U.S. Citizenship Act and the Keep STEM Talent Act introduced in the House and Senate. However, neither bill has gained Republican cosponsors or received committee approval.

In recent years, the FBI has raised concerns about the Chinese government co-opting academics to obtain sensitive research and know-how. However, most of the Justice Department’s associated prosecutions of academic researchers do not involve espionage allegations, and it has dropped several of the cases before trial.

McCarthy did not indicate what sorts of safeguards would be necessary or if he is open to supporting the proposal if they are included. Whether the cap exemption proposal could gain support among Republicans in the Senate is unclear. The Senate counterpart to the COMPETES Act contains no analogous STEM immigration provisions, and any compromise legislation will need the support of at least 10 Republican senators to avoid a filibuster.