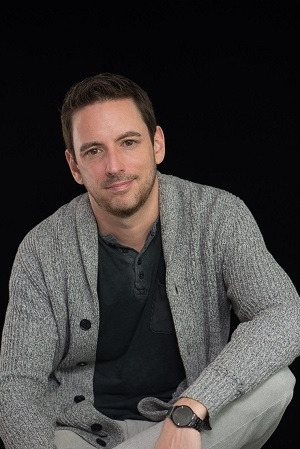 The work of author Jamie Holmes has appeared in print or online in the New York Times, The New Yorker, Slate, the Christian Science Monitor, the New Republic, the Atlantic, Foreign Policy, USA Today, and the Daily Beast. As part of his research for his latest book, he used collections from the Niels Bohr Library & Archives: transcripts of four oral history interviews with Merle Tuve (30 March 1967, 6 May 1967, 13 January 1982, and 5 February 1982) and correspondence from the Samuel A. Goudsmit Papers, all of which are digitized and fully accessible online. We were delighted to catch up with him to ask a few questions about the book, released in August 2020 and titled 12 Seconds of Silence: How a Team of Inventors, Tinkerers, and Spies Took Down a Nazi Superweapon.

What an exciting title! What is your book about?

World War II was the first war in history to be decided by weapons that did not exist at the start of the conflict. Everyone knows the story of the atomic bomb, but the bomb had no effect on the European war. 12 Seconds of Silence tells the story of the secret invention that did: the proximity fuse. It’s been called the first “smart” weapon. It’s important to understand that at the beginning of the war, Allied antiaircraft guns were pretty much worthless. In the early weeks of the Blitz, it reportedly took an astounding 20,000 shots on average to bring down a single German bomber. The idea behind the proximity fuse was to install a little sensor inside an explosive antiaircraft shell that would go off automatically if a plane was within 70 feet. In effect, the device made Luftwaffe bombers look like 50-times-bigger targets. By the end of the war, the secret device was taking down a German aircraft with every 100 shots. The book focuses on the group of scientists and inventors who built the fuse, against very long odds.

In 1944, Section T’s smart fuse faced off against perhaps its toughest target: the Nazi V-1 flying bomb. Over 80 days that summer, some seven thousand V-1s were launched toward England from occupied Europe. They were programmed to drop over London, and the average time that it took for them to strike after their noisy engines cut out was twelve seconds. 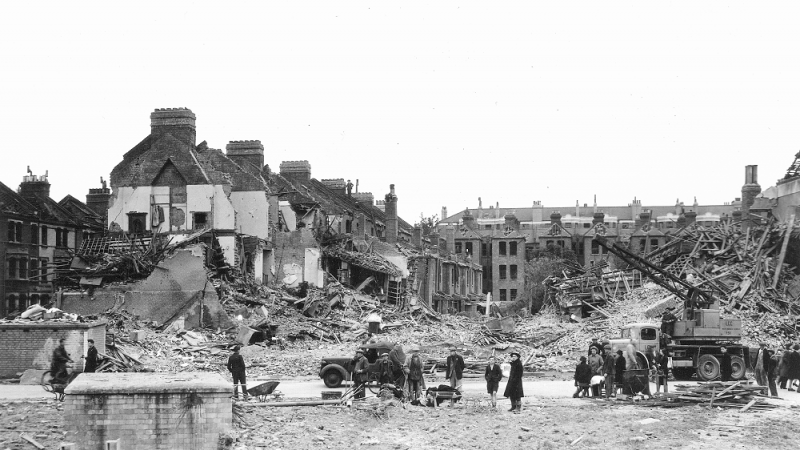 Image from the book: The aftermath of a V-1 strike in central London, June 1944. U.S. Army Signal Corps, National Archives

Both my grandfathers fought in the war. As a boy, I heard stories of how my mother’s father, a B-25 pilot, survived for a month after crash landing on a coral reef in New Guinea. His men suffered from gangrene before they were finally rescued. Back home, my grandmother worked as a draftsperson for military devices—for the Manhattan Project, as my mother recalls it. I’ve always been awed by the magnitude of World War II; I’m also a science writer. When I dug into the role that scientists played during the war, I discovered the amazing story of the fuse. The men and women who developed it raced against a ticking clock, overcame huge obstacles, and helped win the war. Yet most people have never heard of them.

How did you go about researching for your book?  What was your starting point?

I began with the archives at the Department of Terrestrial Magnetism in D.C. (now part of the Earth and Planets Laboratory). That’s where the Section T started, and where their leader, Merle Tuve, worked after the war. Many Section T reports were also available at the National Archives (NARA), as were military reports of the fuse in action. The Library of Congress has extensive holdings for Merle Tuve and for his boss, Vannevar Bush. Those three archival sources were the main depositories and the foundation of my research efforts. 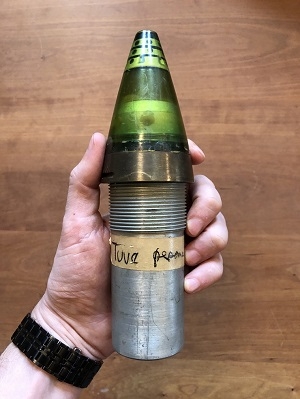 The author holds Merle Tuve’s souvenir fuse, of the type used against the V-1s. The label reads “Tuve personal.” Courtesy of the author

How much research has previously been done with these records?

It quickly became clear that no previous writing on the fuse had properly drawn from the vast archives now available. The previous book on the fuse, an insider’s history published in 1980, does not have a bibliography or endnotes. On top of that, many resources available at the National Archives were not declassified until 1993. I was living in New York City, and I knew that the archives would take at least six months to sort through. So I moved to D.C. The result is that the book is highly original. I’d say around half is drawn from archives never written about before, as far as I can tell. I was able to correct several historical misconceptions, including the myth that the British “invented” the fuse and delivered it to the Americans who merely produced it. I was surprised that much of the writing about the smart fuse—one of the most important weapons of the war—turned out to misrepresent what happened.

What led you to the Niels Bohr Library and Archives (NBLA)? What was your research experience like at NBLA?

NBLA holds the rights to four interviews with Merle Tuve, the leader of the fuse project. Two occurred in 1967 and two in 1982. They are, quite simply, the best available interviews of Tuve and a very valuable window into who he was as a person. He discusses his childhood and scientific career, and goes into detail regarding his wartime work and the fuse project. They were indispensable resources. I’m not sure what I would have done without them. 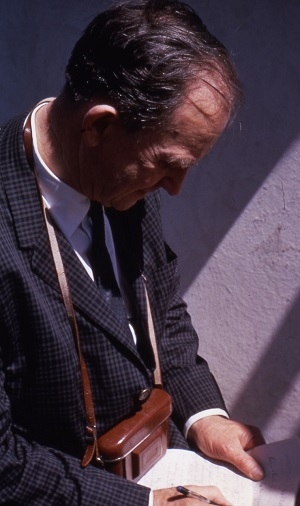 Do you have a physics background? How did this affect your research?

I don’t, but I don’t believe that hurts the book. The smart fuse presented engineering challenge more than anything. If I were writing a more academic volume a background in electrical engineering might have helped. But Section T produced so much documentation—so many notes and weekly reports and summaries presented in lay language—that I never felt like I couldn’t understand some central puzzle they were facing. At the beginning of my research, of course, there was a steep learning curve as I learned the vocabulary of the project.

Are there archival findings or odds and ends you uncovered in your research that stick out in your mind as memorable, but did not make it into the book?

Yes! Reams of wonderful material never made it into the book. I have an electronic database of over 5,000 documents that contains all sorts of gems. Maybe the most memorable archival discovery came when I found samples of fuse parts from an explosives company.

Do you have any particular habits while you’re researching and writing, such as a certain time of day that you enjoy writing, music that you listen to, a certain food or drink, a lucky pencil, cell phone set to buzzing or silent?

I write in the morning and don’t listen to music unless I’m doing something very menial like formatting a bibliography. For fifteen years I’ve used Uni-ball Eye rollerball pens.

Do you have another project in the works?/What will you work on next?

I am! My next project will focus on the Golden Age of Flight.