Complements to Physics: How History Can Enhance Physics Teaching

Complements to Physics: How History Can Enhance Physics Teaching

Inclusions from the history of physics in undergraduate physics courses made an impact on me. I vividly remember one class in which my professor projected an H-R diagram (a magnitude vs temperature plot of stars), and took the time to credit the Harvard computers for their work on stellar classification that has been historically overlooked because of their gender. Following that class, I realized that small stories can make big differences and can change the way students think about the development of physics.

This summer I had the unique opportunity to dive into several compelling stories in the history of physics as I prepared teaching guides for the Center for the History of Physics that highlight the contributions of underrepresented groups in physics. I relied heavily on source material from the Niels Bohr Library & Archives.

Today, during National Hispanic Heritage Month, I want to highlight the life and work of Dr. France Córdova. Dr. Córdova is an exceptional scientist. She worked in x-ray and gamma-ray astrophysics at Los Alamos and NASA, served as NASA chief scientist and NSF director, and headed several universities. In all of her work, she paved the way for women and Hispanic physicists. This video goes into more depth about her life:

As the video briefly mentioned, multiwavelength astronomy has been a main focus of Dr. Córdova’s research; in fact, she reviewed the entire field in her book, Multiwavelength Astrophysics. Multiwavelength astronomy is motivated by the fact that different astronomical sources radiate in different wavelengths within the full electromagnetic spectrum. For this reason, astronomers develop telescopes to observe in different ranges of light. Some of these have to be launched outside of Earth’s atmosphere because the atmosphere is mostly opaque in certain wavelengths. The physical differences in these detectors can be seen by looking at images from the Emilio Segrè Visual Archives (ESVA). 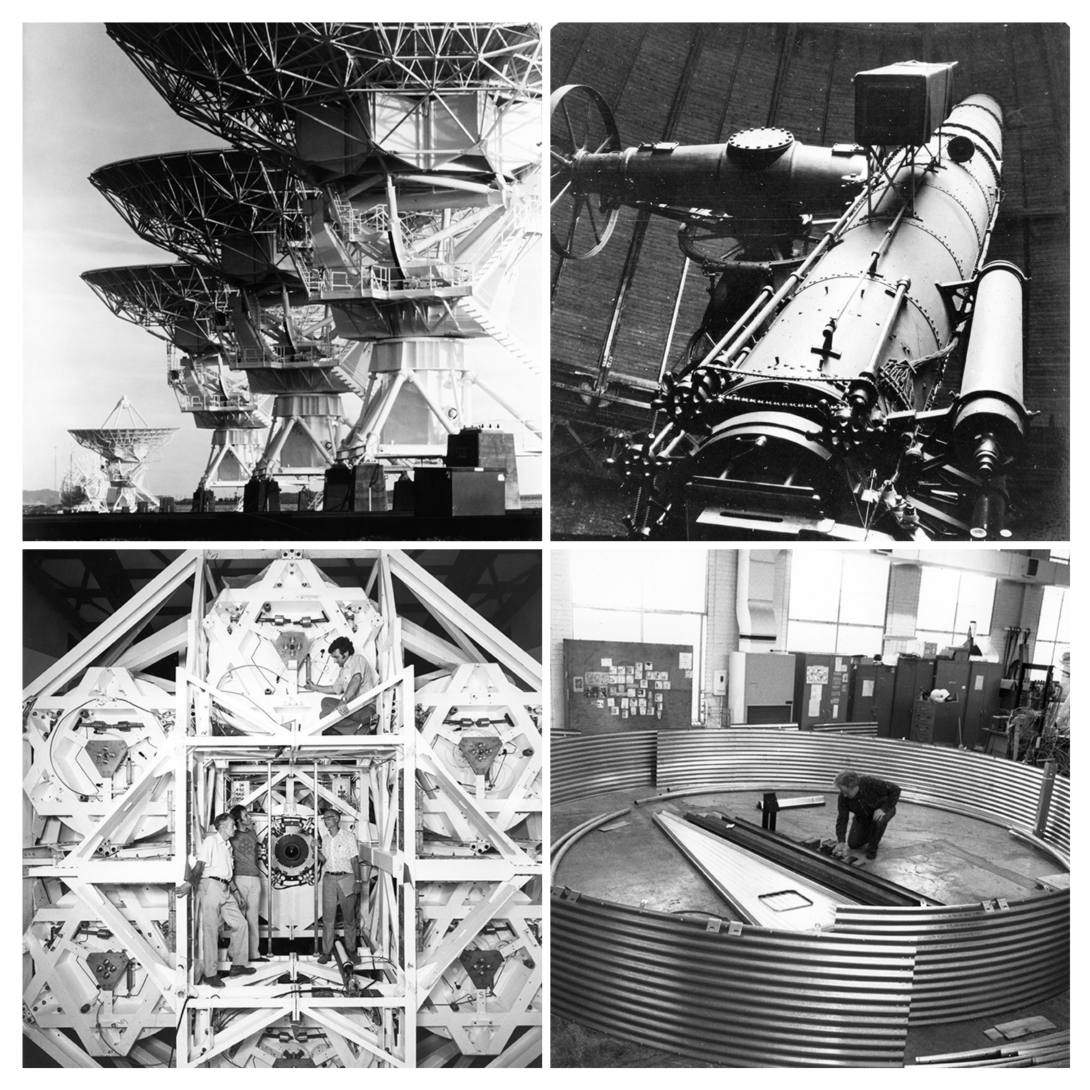 Telescopes in the Very Large Array: These telescopes are radio telescopes, which are large given the long wavelength of radio waves. Information from telescopes in the array are combined to increase the overall resolution (Image Credit: ESVA/Physics Today Collection, Cropped)

The Thaw Telescope at the Allegheny Observatory: The Thaw Telescope is an optical telescope designed in the 1910s. It was used in early determinations of the distance scale of the universe (Image Credit: ESVA/W. F. Meggers Collection, Cropped)

Cosmic Ray Detector: Cosmic rays are extremely energetic. The most energetic particle measured had an energy of (3.2±0.9)×10^20 eV, equivalent to a baseball traveling at 60 mph. The pictured detector uses tanks of water to observe cosmic rays (Image Credit: ESVA/Department of Physics, University of Illinois at Urbana-Champaign, Cropped)

Each subset of the electromagnetic spectrum contains specific astronomical information. For example, the stars radiate in the visible spectrum, while hot gas from supernovas and black holes have higher frequencies. Images of the same object in different wavelengths can be surprisingly diverse. Dr. Córdova expanded astrophysicists' capabilities to view the same object in different wavelengths, as she served as the co-principal investigator for the x-ray telescope on XMM-Newton, which includes x-ray, optical and UV detectors [1]. Multiwavelength analysis also occurs when different telescope groups (that measure in different wavelengths) observe the same source. A notable example of this occurred in 2017, when the first binary neutron star merger detected by the LIGO-Virgo Collaboration was observed by many telescopes across the globe [2]. 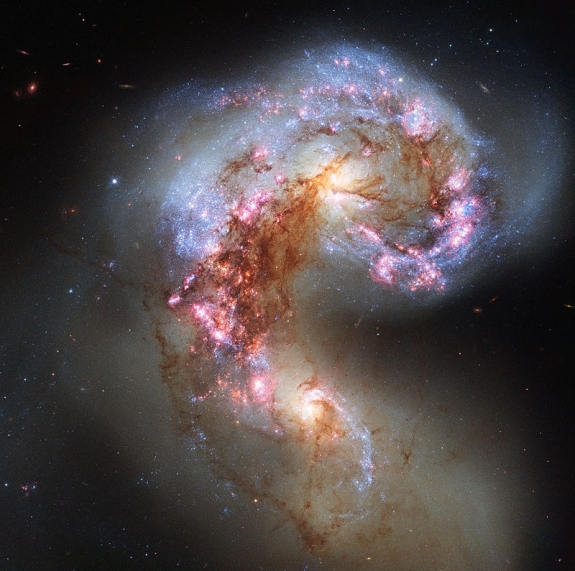 Optical image of the Antennae Galaxies from Hubble/ESA. The two galaxies are colliding and are a region of rapid star formation (indicated by the HII regions shown in pinkish red, the presence of blue young stars, and interstellar dust in orange red).

The National Astronomical Observatory of Japan has a wonderful website that allows visitors to scan through six images of the Antennae Galaxies (pictured) in different wavelengths, offering a great introduction to the benefits of multiwavelength astronomy.

Gathering and analyzing multiwavelength observations is a universal effort. Telescopes are located all over the world—and outside of it. Scientists from many backgrounds have contributed to multiwavelength astronomy. Multiwavelength astronomy has greatly increased astrophysical understanding and provides further windows into the universe. Introducing multiwavelength astronomy and the story of Dr. France Córdova, which one can do using the teaching guide, “Making Waves,” can enhance student’s understanding of the discipline and history of physics. “Making Waves” is just one way to present the rich development of physics, which I became more aware of when I learned the story of the Harvard computers in a lesson on stellar classification. There are many stories to be told.