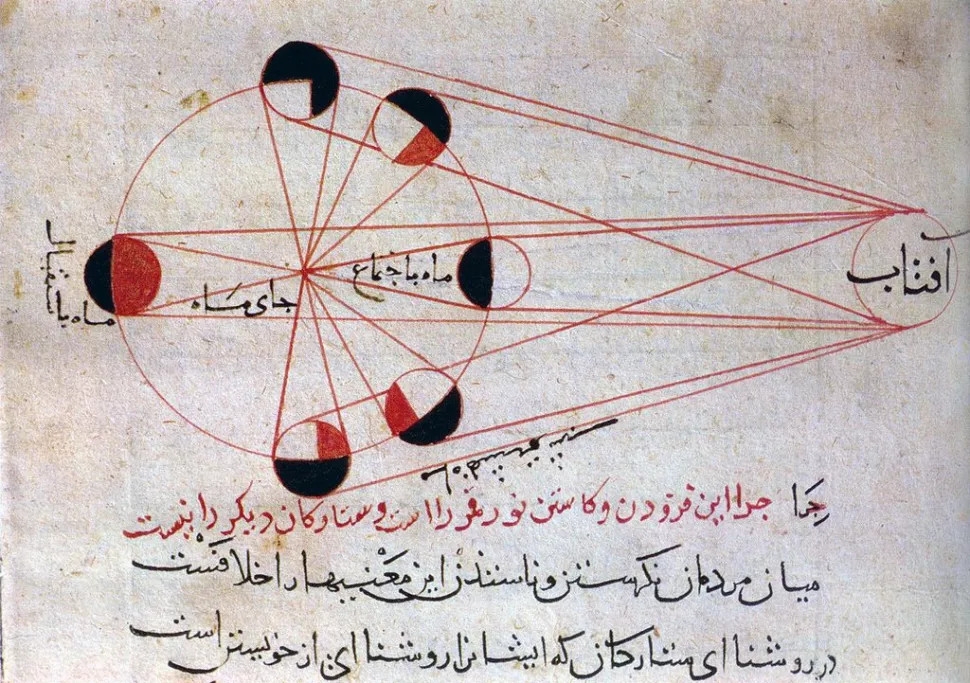 A sketch of the phases of the moon by Persian astronomer Al-Biruni, who worked during the Islamic Golden Age (Public Domain Image). 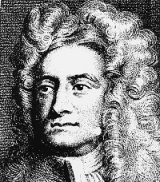 Isaac Newton is a central figure in physics. A simple search of his name in the Niels Bohr Library & Archives (NBLA) book catalog brings up hundreds of titles, including several pieces from the eighteenth century. Although he is well-known and cited for his fundamental contributions to physics and mathematics, Newton himself recognized that he did not work in isolation. In a letter to Robert Hooke, included below, Isaac Newton remarked, "If I have seen further, it is by standing on the shoulders of giants." The sources of information in Newton’s Principia Mathematica were global- including the Americas, the Middle East and India. [1]

Image caption: Portrait of Isaac Newton. Isaac Newton is credited as an independent inventor of calculus. He made foundational contributions in optics and motion and connected sources of natural philosophy from around the world. Image source: ESVA Newton_Isaac_A3. Credit: Original engraving by unknown artist, courtesy of AIP Emilio Segrè Visual Archives. 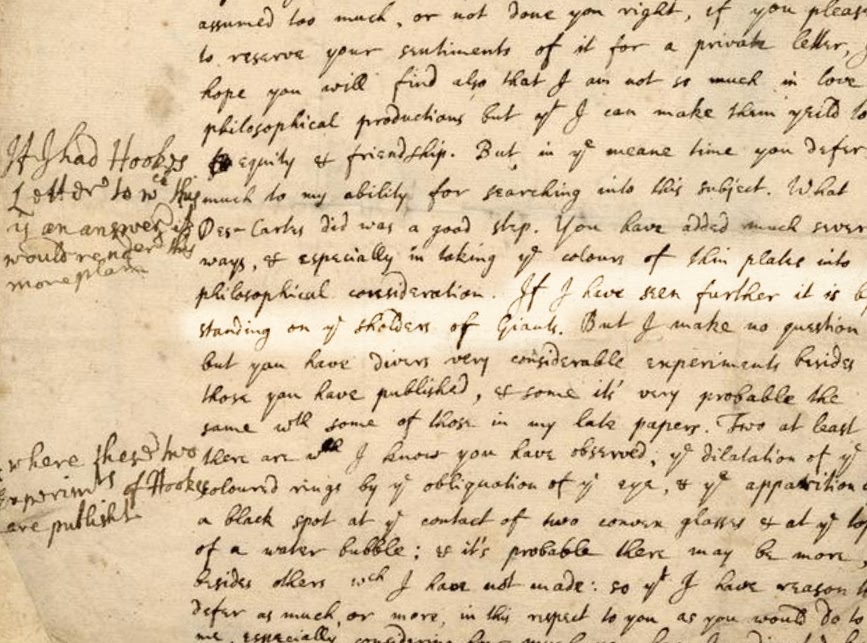 Letter from Isaac Newton to Robert Hooke. Isaac Newton writes, “If I have seen further, it is by standing on the shoulders of Giants.” Image from HSP Digital Library, and has been cropped and highlighted.

One particularly important set of sources for Isaac Newton, as well as many other natural philosophers, was the Middle East. During the Islamic Golden Age (between the 8th and 13th centuries, under Abbasid leadership), Persian, Turkish and Arab scholars preserved and offered commentaries on classical natural philosophy. They also advanced understanding of the natural world, particularly in astronomy.

Notably, Ibn Sīnā’s most significant work on natural philosophy, titled The Book of Healing, was likely completed exactly one thousand years ago, in 1020. Despite its title, the work is not medical. The work was named after its goal, which was to cure ignorance. [4]

The following timeline highlights select developments pertinent to the history of physics from both the Middle East and Europe to contextualize the work of Ibn Sīnā and his contemporaries.

Access timeline: On the Shoulders of Giants: Inertia from Ibn Sīnā to Newton Timeline

[3] I. Newton edited by I.B. Cohen and A. Whitman, Principia Mathematica (University of California Press, Berkeley, 1999).

[4] Wikipedia, “The Book of Healing,” <https://en.wikipedia.org/wiki/The_Book_of_Healing&gt;

In the timeline you didn't put Galileo Galilei, is there a reason?