What trivial matters are these? Announcing: the second annual Niels Bohr Library & Archives Virtual Trivia Night! Please join us on Oct 21, 2021 06:00 PM - 08:00 PM in Eastern Time (US and Canada) in celebration of American Archives Month. Sign up here for a rip-roaring good time for all, with a focus on history of science and library/archives questions. The members of the top three teams will be mailed prizes. Last year, we had eight teams with contestants from all over the world. Will you accept the challenge?

In the meantime, for your amusement and to prepare your mind for the event, try out this sample of questions from last year’s trivia night. We had a fun mix of categories, represented below: Wait, so you’re an architect-activist-anarchist-artist?, Picture This!, #BlackInPhysics, and Sounds Like A “Bohr.”

Answers can be found at the bottom of this post.

1. Who is this three-year-old future physicist who became the namesake of ESVA, our visual archives? 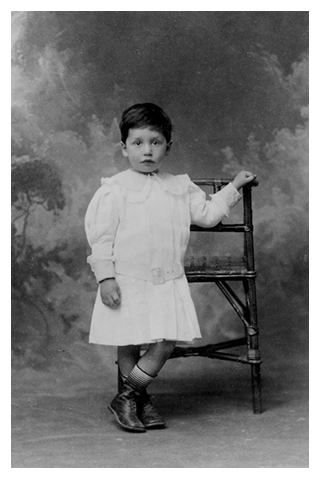 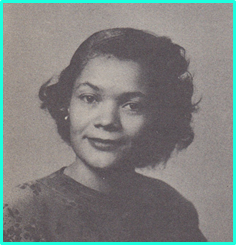 Carolyn Parker. Image from Who’s Who in Colored America, 1950

2. Carolyn Parker would later go on to become a professor of physics at Fisk University, but from 1943 to 1947 she worked on plutonium research at a branch of the Manhattan Project located in which Ohio city, which is also home to the National Museum of the United States Air Force?

3. What term refers to the shiny bit of the book you see in NBLA’s De Rerum Natura, by Roman natural philosopher Titus Lucretius Carus? (book edition is from 1754) 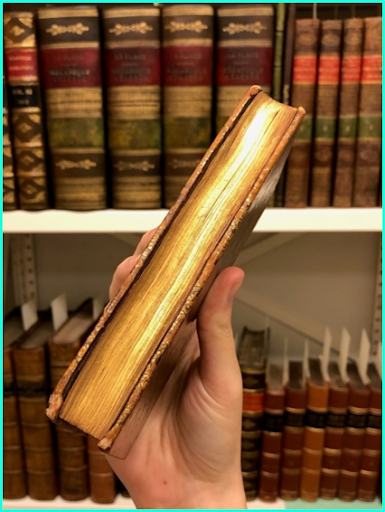 4. Sau Lan Wu, pictured here, heads a research group which played a leading role in the 2012 discovery of the Higgs Boson. Name the detector they used at CERN which shares its name with a Titan from Greek mythology. 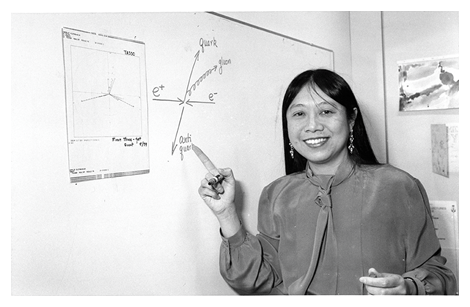 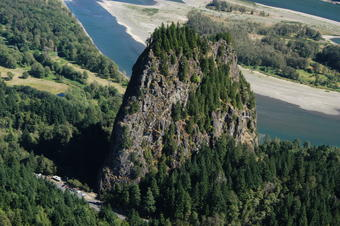 Beacon Rock in the Boring Volcanic Field, is the central core of a cinder cone that remained intact after its carapace was stripped away by the Missoula Floods about 15,000 years ago. (description from usgs.gov) Photo credit: Scott, William. Public domain

6. Name the Black astronomer who, well-known for his popular series of almanacs, used his fame to write to Thomas Jefferson in 1791 and urge him to consider the abolition of slavery. 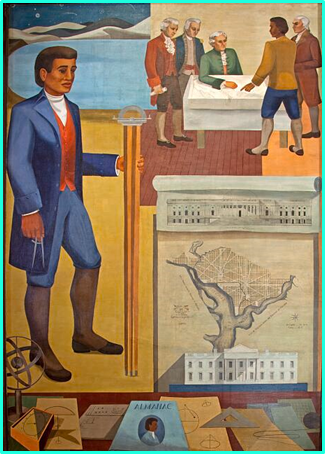 7. In 2017, NBLA helped a researcher find a photo of Millie Dresselhaus to use in a TV show, which features the adventures of two women living in New York City. Name this comedy show, which ended in 2019 after finishing its fifth season. 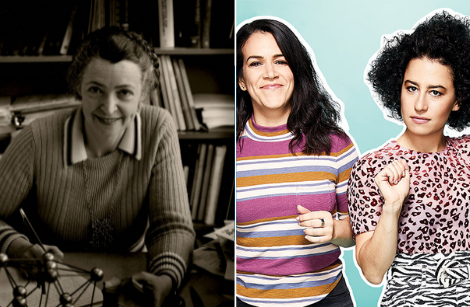 8. Willie Hobbs Moore was the first African American woman to earn a PhD in physics. She was awarded her degree in 1972 by which university, whose nickname is the Wolverines? 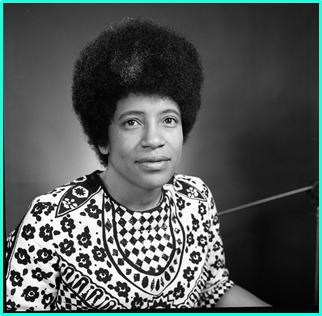 Willie Hobbs Moore. *credit at the bottom of post, as it is a giveaway!

9. Acetate film is commonly used in both still and motion pictures. As it ages, chemical deterioration often occurs, giving the film an... interesting smell. The degradation of this type of film is nicknamed "_______ Syndrome", after a household item you may have in your kitchen. 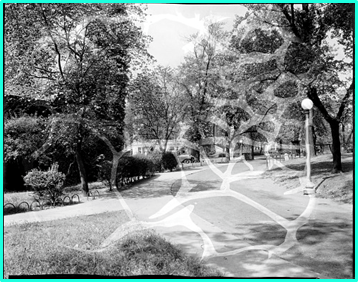 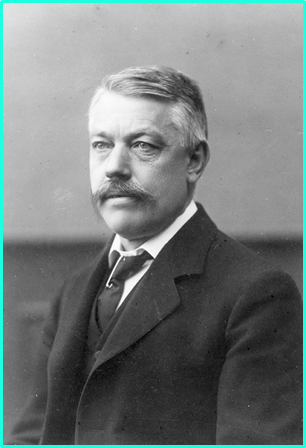 11. The Boring figure, seen here, is an optical illusion popularized by psychologist Edwin Boring in 1930. The first US appearance of this illustration, then titled My Wife and My Mother-In-Law, was in a 1915 issue of what American humor magazine? 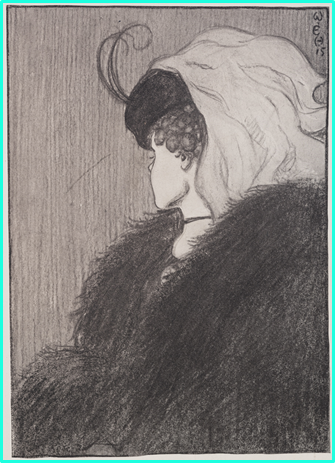 12. These images by Robert Dudley are from NBLA’s The Atlantic Telegraph, a Victorian era gift book detailing the history of attempts to lay cable between the U.K. and North America for telegraphs. What printmaking technique was used to create these prints?

13. Imagine you are an archivist, working at the institution that has the papers of your favorite scientist. Which of the following is NOT part of your job?

14. In 1946, Walter McAfee calculated the velocity of a position on the moon relative to a position on the Earth for the US Army Signal Corps, as part of the first experiments in which radar signals were bounced off the moon. Which goddess inspired the name for this project? 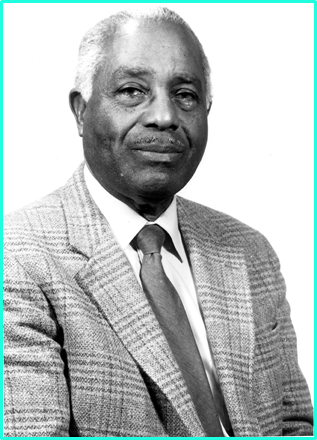 Did you have a good think about the questions? The answers are below this image of Walker Bleakney. Remember to sign up for our second annual Niels Bohr Library & Archives Virtual Trivia Night on Thursday Oct 21, 2021 06:00 PM - 08:00 PM in Eastern Time (US and Canada) in celebration of American Archives Month! 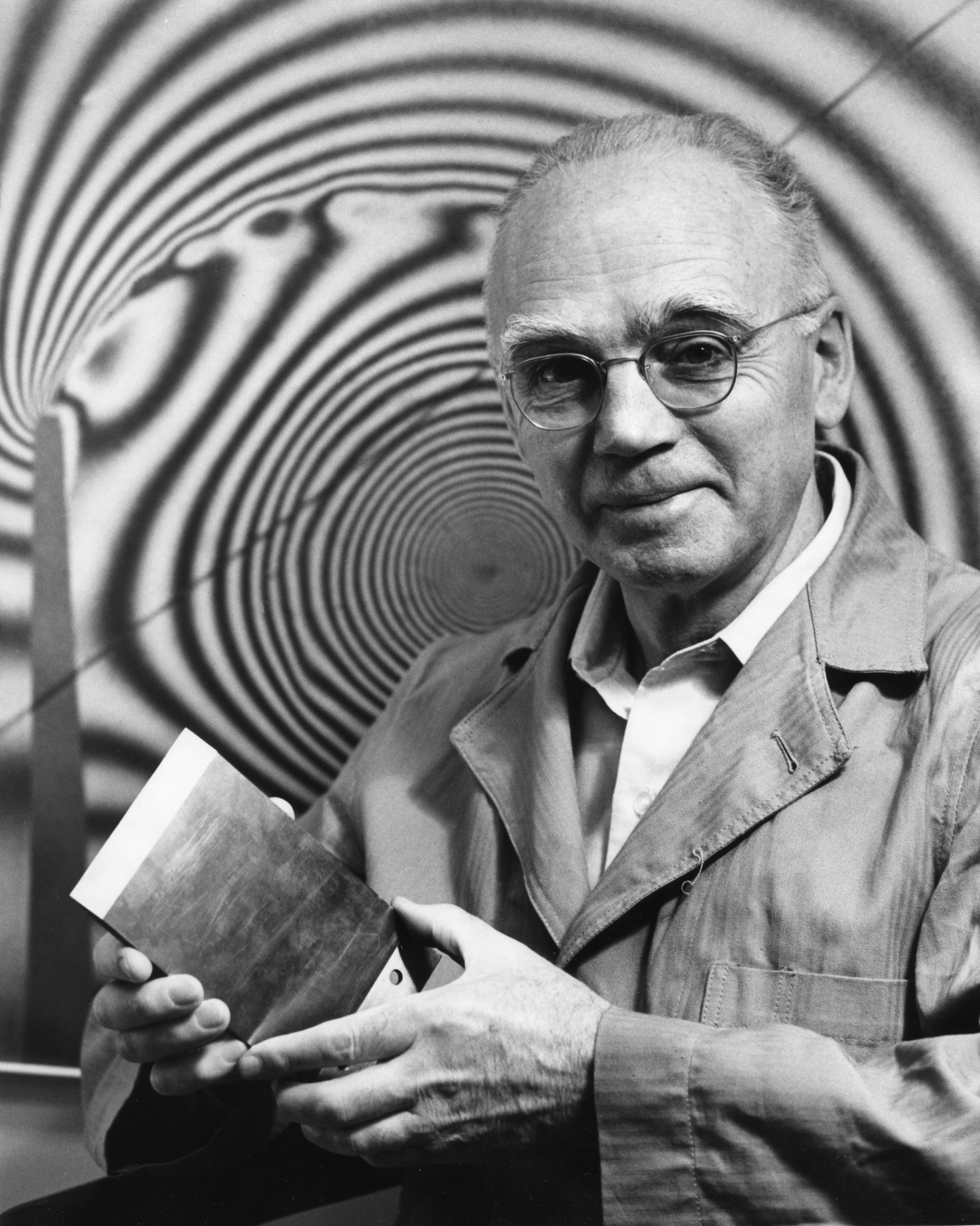 Walker Bleakney holds a wedge. 'The background is an enlarged interferogram of an eddy created by a shock wave after spilling over a vertical wedge like that in the hand.' Credit: Ulli Steltzer, AIP ESVA

13. D) Digitally scanning everything in a collection