A new report urges the federal government to dramatically scale up its spending on artificial intelligence and other emerging technologies to tens of billions of dollars annually, well beyond the levels targeted by the recently enacted National Artificial Intelligence Initiative Act. 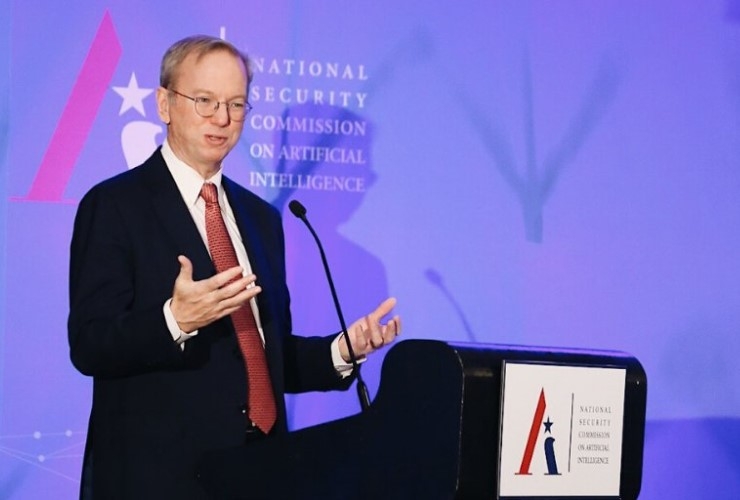 The National Security Commission on Artificial Intelligence released a 750-page report this week that urges the U.S. to bolster its capabilities in AI, including by doubling annual nondefense R&D spending on it every year until it reaches $32 billion in 2026.

The commission proposes that a portion of this funding be provided through a new “National Technology Foundation” that would complement the efforts of existing agencies such as the National Science Foundation and the Defense Advanced Research Projects Agency. It also calls for Congress to increase the Department of Defense’s annual budget for AI R&D to $8 billion by 2025, up from the current level of about $1.5 billion.

The commission’s aspirations significantly outstrip those of the National AI Initiative Act, an interagency R&D effort that Congress enacted on Jan. 1. Congress is already close to meeting the initiative’s spending goals, which amount to a little more than $1 billion across three nondefense agencies in the current fiscal year and rise modestly over the next five.

Notwithstanding the AI initiative’s relatively limited ambitions, there is currently considerable congressional interest in taking a more aggressive tack with AI, alongside other emerging technologies. Last week, Senate Majority Leader Chuck Schumer (D-NY) announced he hopes to pass a major innovation package this spring built around the Endless Frontier Act, a bipartisan bill he first discussed at a conference the AI commission hosted in 2019. It proposes spending $100 billion over five years on R&D in priority technology areas through NSF, which it would rename the “National Science and Technology Foundation.”

Echoing the National Quantum Initiative that launched in 2019, a central component of the National AI Initiative involves the creation of a network of institutes. The institute awards are for renewable five-year terms and must involve partnerships between public and private organizations, such as universities, national labs, state and local governments, private companies, and nonprofit organizations. While any federal agency may award funds for an institute, they are all to be coordinated through an “Artificial Intelligence Leadership Network” administered by NSF.

The National AI Initiative Act states the institutes should either address a “cross-cutting challenge,” such as “foundational science” or the trustworthiness of AI systems, or focus on a “particular economic or social sector, including health, education, manufacturing, agriculture, security, energy, and environment.” The latter category of institute must also include “a component that addresses the ethical, societal, safety, and security implications relevant to … that sector.” While many institutes will be centers for research, they are also permitted to focus on associated activities such as the management of data sets, test-bed development, the provision of computing resources and technical assistance, and education and outreach.

The AI act does not specify a total number of institutes to be established under the initiative, nor does it authorize funding levels for individual institutes or the overall network. However, it envisions that Congress will allocate $868 million to NSF as the initiative’s lead agency in the current fiscal year, ramping up to $1.06 billion in fiscal year 2025. In its latest appropriations legislation, Congress specified that NSF may spend up to the amount authorized for this year on AI activities, matching the agency’s request and doubling what it spent in fiscal year 2019.

Last August, even before the initiative was enacted, NSF issued its first five AI institute awards to teams led by universities, with three dedicated to the application of AI to problems in physical science. In parallel, the Department of Agriculture announced two institute awards of its own. This year, NSF plans to make around eight additional institute awards worth $160 million in total, with some of the funding contributed by four corporate partners: Accenture, Amazon, Google, and Intel.

In addition to supporting the institute network, NSF will continue to award AI research grants to individual investigators and support education and workforce development efforts at the K–12 and postsecondary levels. The agency is also directed to create two fellowship programs that help universities sponsor faculty in AI-related fields, with one focused on AI ethics. In addition, NSF is instructed to pilot streamlined review procedures for AI grant proposals in view of the “rapidly evolving, high-priority” nature of the field.

Looking farther ahead, the act directs NSF to establish a national task force to lay groundwork for creating a national AI “research resource” that would provide researchers and students with access to substantial computing capacity. The resource would be “co-located with publicly available, artificial intelligence-ready government and non-government data sets and a research environment with appropriate educational tools and user support.”

While NSF takes center stage in the AI initiative, the act assigns the Department of Energy a key supporting role, envisioning it will spend $200 million in the current fiscal year, rising to $262 million by fiscal year 2025. Aside from funding research through its Office of Science and applied energy R&D programs, the department is instructed to upgrade the high-performance computing facilities at its national labs and make them available for AI work.

Within the Department of Commerce, the act envisions that the National Institute of Standards and Technology’s contribution to the AI initiative should rise to $93 million by fiscal year 2025, with efforts focused on supporting standards development and mitigating risks related to trustworthiness, safety, privacy, and security. NIST is also directed to establish at least one AI Institute that is focused on measurement science and trustworthy AI systems. The act further directs the National Oceanic and Atmospheric Administration to establish a “Center for AI” to coordinate research efforts across the agency, to which it recommends allocating $10 million this fiscal year.

The overall AI initiative will be overseen by a newly established national coordination office and an existing interagency panel that is also responsible for updating the national strategic plan for AI R&D. 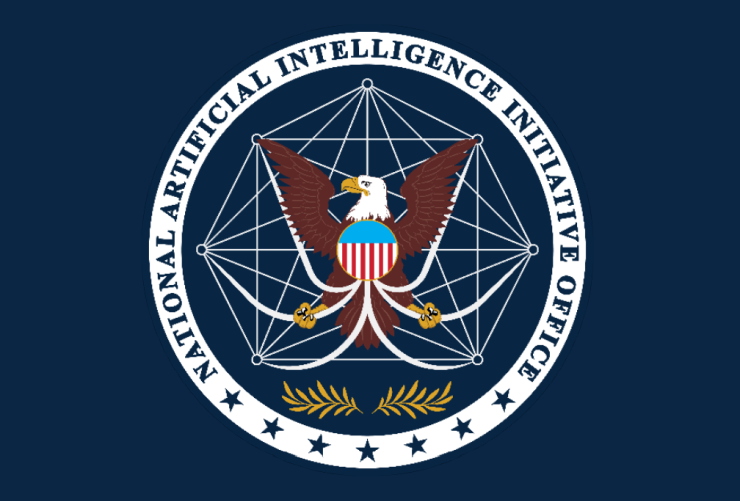 While the National AI Initiative focuses on nondefense research, Congress has also become increasingly concerned about AI as a national security issue. To study the matter, in 2018 it created the National Security Commission on AI, which has been chaired by former Google CEO Eric Schmidt with former deputy defense secretary Bob Work serving as vice chair.

In their foreword to the report, Schmidt and Work argue that AI will become an increasingly important and threatening technology in the years ahead and that the U.S. should be prepared to spend heavily to ensure it remains a leader in the field. Suggesting the commission’s recommendation for $40 billion in additional annual federal spending likely “underplays” the amount of investment needed, they write that they envision “hundreds of billions in federal spending in the coming years.”

“This is not a time for abstract criticism of industrial policy or fears of deficit spending to stand in the way of progress,” they add, suggesting that federal spending on R&D overall should increase to at least 1% of GDP.

The budget recommended for the proposed National Technology Foundation would rise to $20 billion by fiscal year 2026. The agency would fund work on an array of “critical technologies” that include AI and would focus on “generating value at intermediate levels of technical maturity, prioritizing use-inspired concepts, establishing infrastructure for experimentation and testing, and supporting commercialization.”

The commission also calls for creating the national research resource mentioned in the National AI Initiative Act and tripling the number of institutes created under the act. These capabilities would be part of a broader “National AI Research Infrastructure,” which would also encompass domain-specific test beds and a “Multilateral AI Research Institute” that would foster international collaboration.

Stating that innovation in AI relies on foundational hardware and human capital, the report further calls for Congress to spend “perhaps $35 billion” to revitalize the domestic microchip fabrication industry and pass an updated version of the National Defense Education Act to support STEM workforce development initiatives. It also recommends that policy across economic, national security, and science domains be coordinated through a new White House “Technology Competitiveness Council” that would be akin to the National Security Council and chaired by the vice president.

Although the AI council’s report has been in the works for more than a year, it arrives just as congressional attention is turning towards making potentially major moves to bolster U.S. competitiveness in critical technologies. Aside from the Endless Frontier Act, backers of the recently enacted CHIPS for America Act are pushing to secure funding for the initiatives it authorized for microelectronics R&D and production.

Meanwhile, President Biden has recently ordered a review of national supply chains in critical technologies and voiced support for providing tens of billions to the U.S. semiconductor industry. Although he has not yet commented directly on the Endless Frontier Act or the AI commission’s recommendations, those proposals accord with aspirations he voiced during his campaign to spend hundreds of billions of dollars on R&D in cutting-edge industries.