The Senate passed a landmark competitiveness policy package this week containing the Endless Frontier Act proposal for a multi-billion-dollar technology R&D initiative. Key members of the House are now crafting a compromise proposal they regard as better-suited to existing agency strengths. 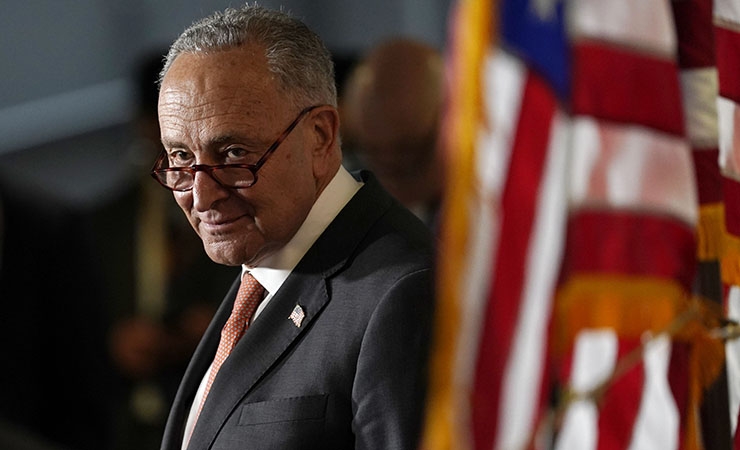 The Senate passed the U.S. Innovation and Competition Act (USICA) by a vote of 68 to 32 on Tuesday, handing the reins over to the House on this century’s most ambitious R&D policy effort to date.

The USICA is a 2,376-page legislative package that aims to strengthen U.S. competitiveness with China. It is built around the Endless Frontier Act, which would add a technology directorate to the National Science Foundation as part of a push to seed technology development hubs across the U.S. Other provisions in the package would directly appropriate $52 billion for a domestic semiconductor manufacturing initiative and establish new controls on foreign involvement in the U.S. research system.

Meanwhile, the House has already developed counterproposals to some provisions in the USICA, with some lawmakers openly criticizing the legislation as haphazardly assembled or premised on R&D policy ideas at odds with their own. The House Science Committee is meeting on Tuesday next week to advance its NSF for the Future Act and DOE Science for the Future Act, and the committee is preparing additional bills specific to the National Institute of Standards and Technology and regional innovation programs.

The USICA emerged from an at-times chaotic legislative process that lasted about two months, while drawing extensively on bills advanced in the previous session of Congress. The Endless Frontier Act was first introduced last May by Senate Majority Leader Chuck Schumer (D-NY) and first-term Sen. Todd Young (R-IN), who have recounted that they originally hatched the idea for a major R&D initiative during a discussion in the Senate gym.

It remains opaque how their bill came to focus on NSF, though its structure resembles a proposal by the National Security Commission on Artificial Intelligence to create a National Technology Foundation. Schumer first announced his interest in developing the bill at a conference held by the commission in late 2019, where he floated the idea of redesignating NSF as the National Science and Technology Foundation.

The bill changed markedly this spring as it passed through the Senate Commerce Committee, which reduced its proposed $100 billion, five-year budget for the new NSF directorate to $29 billion, with some of the funding removed in favor of adding $17 billion for the Department of Energy to support related work at its national labs. The committee also attached tangential NASA policy legislation.

Dismayed by the process, Young accused DOE proponents of bowing to parochial interests and vowed to restore the NSF funding on the Senate floor. However, he ultimately relented. “I later found that DOE labs do some exceptional work and there are some upsides to doing research within DOE labs,” he told Bloomberg this week, noting for instance their experience in protecting intellectual property.

At the outset of the Senate floor debate, Schumer merged the Endless Frontier Act with legislation from five other committees to form the USICA package. The additions included $52 billion in mandatory funding to implement the CHIPS for America Act, a semiconductor manufacturing and R&D initiative, and $1.5 billion for an advanced wireless communication R&D program, both of which were enacted in January. These funds are direct appropriations in contrast to the budget authorizations in the rest of the bill, which are non-binding targets that would have to be funded through separate legislation.

Senators ultimately offered more than 600 additional amendments, a handful of which were adopted. Among those focused on research, the Senate accepted one from Sen. Ben Sasse (R-NE) that recommends Congress immediately double the Defense Advanced Research Projects Agency’s current budget of $3.5 billion for the following five years to support complementary R&D in the same technology focus areas set out for NSF and DOE. Also accepted was an amendment by Sen. Chris Coons (D-DE) establishing a nonprofit foundation for DOE that would channel private-sector funds to energy R&D.

In a speech just prior to the final vote on the bill, Schumer framed it as a historic step in a contest between democracies and autocratic governments:

Whoever harnesses the technologies like AI, quantum computing, and innovations yet unseen will shape the world in its image. Do we want that image to be a democratic image (with a small ‘d’) or do we want it to be an authoritarian image like [China’s] President Xi would like to impose on the world?

President Biden issued a statement applauding the Senate’s passage of the bill, noting it addresses priorities in his American Jobs Plan infrastructure proposal. “We are in a competition to win the 21st century, and the starting gun has gone off,” Biden remarked.

All senators who voted against the bill were Republicans, except for Sen. Bernie Sanders (I-VT), who argued the semiconductor subsidies are “corporate welfare” that should come with more strings attached. 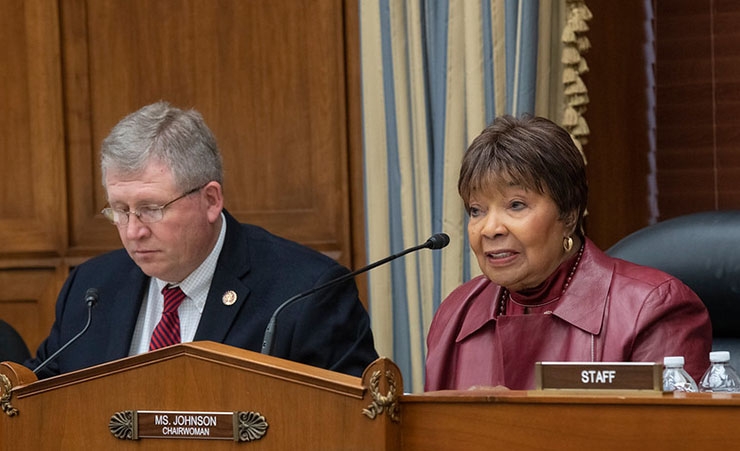 The Endless Frontier Act has a companion bill in the House sponsored by Rep. Ro Khanna (D-CA), who represents part of Silicon Valley, and Rep. Mike Gallagher (R-WI), who is active on China policy matters. However, the bill so far has gained few cosponsors on the House Science Committee, whose leaders have been firm in pursuing their own course.

The committee’s NSF for the Future Act proposes creating a directorate that would address a range of societal challenges, including ones not amenable to technological solutions or motivated by geopolitics. By contrast, the Senate bill would focus funding on an assortment of university technology centers, testbeds, and analogues to the Industries of the Future Institutes proposed under the Trump administration.

Explaining the Science Committee’s approach in an op-ed this spring, Johnson wrote that in consulting with stakeholders she “came to understand that competition with China, while it may be a rallying cry for politicians, it is not inspirational to students and scholars eager to use their scientific talent to solve real problems in their own backyards.”

Reacting to the Senate’s approval of the USICA in a statement, Johnson remarked,

I remain concerned that the Senate proposal, with its focus on technology development, strays too far in the direction of imposing a new, ill-fitting mission on NSF. However, I think we can come together to forge a good path forward for NSF, and I hope we will have the opportunity in a House-Senate conference.

A staff member for the committee Democrats elaborated that there are “key philosophical differences” between the structure and goals of the directorates proposed in each bill.

“I still see the Senate approach as, ‘We have this gap in technology development. We don’t know how and where to fill it. We’re just going to use NSF as a vehicle,'” the staff member told FYI. “That is not the same as saying, ‘How can we leverage and build upon NSF strengths?’”

Notably, few scientific societies have endorsed the Endless Frontier Act concept, while many have backed the House bill. “The stakeholder community writ large, from what we've heard from them either publicly or privately, also have concerns about just imposing this mission solely on NSF,” the staff member observed.

Committee Ranking Member Frank Lucas (R-OK) has also argued the Senate bill presents an unsustainable vision for NSF and does not do enough to build off the agency’s strengths. Nevertheless, like Johnson, he regards a compromise as within reach.

The Science Committee plans to introduce an updated version of its NSF bill next week that will take it a step closer to the Senate bill.

The new version adds a provision instructing the NSF directorate to fund “technology research institutes,” a concept modeled on the centers created pursuant to the National Quantum Initiative and National Artificial Intelligence Initiative. It also includes an alternative to the Senate bill’s requirement that at least 20% of all NSF funds go to EPSCoR jurisdictions, which comprise designated states that have historically received a small share of agency funds. Instead, it would create new capacity-building programs for universities outside the top 100 in research intensity as well as for minority-serving institutions, regardless of where they are located.

The Science Committee also intends to create a role for NIST not included in the Senate bill. The Democratic staff member noted the agency previously played a large role in shepherding commercial technologies to market through its Advanced Technology Program, which Congress disbanded in the 2000s.

“It didn't go away because it wasn't deemed successful; it fell victim to the partisan debate about the role of government and industrial policy,” the staff member said, suggesting the topic bears revisiting now that attitudes in Congress have shifted.