In the wake of a crackdown on violations of grant disclosure policies, an interagency panel has drafted standardized formats for scientists to use when applying for federal funds. 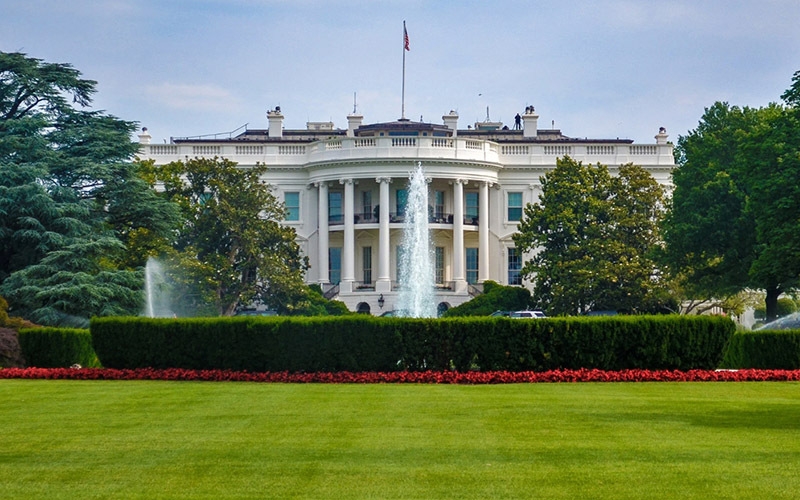 In a step toward standardizing disclosure requirements for federal research grant applications, on Aug. 31 the White House Office of Science and Technology Policy issued draft formats for collecting details on applicants’ institutional affiliations and sources of research support. It also published a summary table with examples of what information must be reported.

The templates stem from a policy issued in the waning days of the Trump administration called National Security Presidential Memorandum-33 (NSPM-33), which the Biden administration retained. NSPM-33 sets minimum standards for disclosure requirements, and in January OSTP issued implementation guidance that promised model disclosure instructions would be drafted within 120 days. Now that they have appeared, they will be open for public comment until Nov. 1.

In a blog post, OSTP states it aims to reduce administrative burdens of disclosure and help ensure science agencies are fully informed about researchers’ competing obligations before making funding decisions. A primary goal is to better identify potential conflicts of interest or overcommitments of researcher time that could compromise the proposed projects.

The standardization effort complements campaigns over the last several years by science agencies and the Department of Justice to crack down on grantees who had allegedly concealed ties with foreign institutions, principally in China. However, some cases DOJ has brought to court have fallen apart after researchers successfully argued they had filled out their disclosure forms in good faith.

Agencies will adapt formats to their circumstances

To clarify what the federal requirements are, the new disclosure summary table pairs examples of activities that must be reported with ones that need not be.

For instance, while applicants must report “in-kind contributions” of supplies that support their research, they do not need to catalogue “core facilities and/or shared equipment that is broadly available.” Another example offered is that applicants must report travel that is paid by an external institution for the purpose of performing research, but not if the trip is just to attend a conference or workshop.

This disclosure framework has already been implemented by some agencies, in particular the National Institutes of Health and the National Science Foundation, which have taken lead roles in the standardization process. The Department of Energy also updated its disclosure policies this summer.

According to the OSTP blog post, all science agencies have agreed to “move towards adopting standardized formats,” but they will be allowed to add additional disclosure requirements. The NSPM-33 implementation guidance permits variations when necessary to meet statutory or regulatory requirements, or when needed for “protection of R&D that is classified, export-controlled, or otherwise legally protected.”

One notable variation NIH has already implemented is that applicants must submit copies of any contracts and grants they have with foreign institutions, whereas NSF has stated it has no plans to add such a requirement to the application process. Another variation is that the Defense Advanced Research Projects Agency has implemented a process for denying funding to applicants whom it deems have risk-laden ties to foreign institutions that cannot be mitigated.

The draft forms do not address how agencies may act on the information that is disclosed to them. In the implementation guidance for NSPM-33, OSTP pledged to eventually address that subject.

OSTP has previously pointed to enhanced disclosure as a key tool for maintaining an open research environment in the face of efforts by authoritarian governments to exploit the research systems of democratic countries. In a speech at a June meeting of science ministers from G7 countries, OSTP interim director Alondra Nelson argued it is an alternative to placing restrictions on the conduct of fundamental research.

“The solution isn’t more shadows. The solution is sunlight,” she said. “When researchers are open and transparent about all their affiliations, all their relationships with funders and fellow scientists, it helps avoid potential conflicts of interest and commitment.”

This general view of disclosure was endorsed by the G7 countries — the U.S., Canada, Japan, France, Germany, Italy, and the U.K. — in a joint statement of principles they adopted at the meeting.

However, the disclosure campaign is not without critics. As the new disclosure requirements have unfolded, some research administrators have raised concerns in various forums that aspects of the requirements could impose high administrative burdens, especially on smaller institutions, though they have generally welcomed the push to standardize policies across agencies. Some have also warned of the potential for chilling effects, especially absent clear rules on how agencies can use disclosed information.

Such concerns were also aired at a House Science Committee hearing last year that focused on disclosure enforcement. Physicist Xiaoxing Xi, who was wrongfully arrested in 2015 for allegedly passing intellectual property to China, remarked, "I think it's definitely important to have a clear rule about disclosure. However, overemphasis on disclosure sends a message: ‘Don't collaborate with foreign scientists.’ [Scientists] will say, ‘Well, why do I want to risk legal problems by collaborating?’”

Among science agencies, NIH has been at the forefront of investigating cases where scientists did not fully disclose outside employment relationships or sources of research support. According to a report released last month, its actions have so far led to 100 instances of employment terminations or resignations. Of all its investigations to date, about 90% of the cases involved connections to China and about 75% involved scientists who self-reported as Asian.

Mike Lauer, head of extramural research at NIH, stated in the report these large proportions are “not surprising given the well-described recruiting efforts on the part of [China’s] government and institutions.”

NIH has insisted it has focused on egregious policy violations and has released case studies explaining the concerning behaviors it is investigating. In one instance, a scientist maintained a six-month employment contract with a foreign university without the knowledge of their home institution and submitted a duplicate of a successful NIH grant application to a foreign funding institution.

However, failed cases the Justice Department brought through its “China Initiative” have uncovered instances in which prosecutors apparently misunderstood the employment relationships of academic researchers of Chinese descent. While the department argued that failures to disclose those relationships represented intentional acts of fraud, charges it brought against University of Tennessee professor Anming Hu and MIT professor Gang Chen were respectively dismissed and dropped due to doubts the relationships actually required disclosure.

This year, the department decided to sunset the “China Initiative” label for its enforcement campaign, stating that it had generated a “chilling atmosphere” and a “perception” of bias.

In the blog post announcing the draft disclosure formats, OSTP noted it has met with advocacy organizations representing Asian Americans to consider their concerns when implementing NSPM-33 as part of efforts by the administration to rebuild trust with the research community.