In the midst of July’s relentless heat, I’ve been thinking about different ways to cool off. A personal favorite is the classic ice-cold glass of lemonade. While refreshing, an iced beverage is relatively mild in the grand scheme of coolants. Liquid nitrogen, on the other hand, packs a much colder punch.

Under normal atmospheric pressure, Nitrogen exists as a liquid between -346°F and -320°F (-210°C and -195°C). This low boiling point makes liquid nitrogen an excellent coolant. Nitrogen was first liquified in a stable state by Polish physicists, Zygmunt Wróblewski and Karol Olszewski in 1883. Today, the cryogenic liquid has proved itself useful in many applications across society. It is used in the culinary arts with its ability to flash freeze foods. It is used in the biological sciences with its ability to preserve biological constructs. It is also, of course, used in the physical sciences, as demonstrated in the following photographs from the Emilio Segrè Visual Archives: 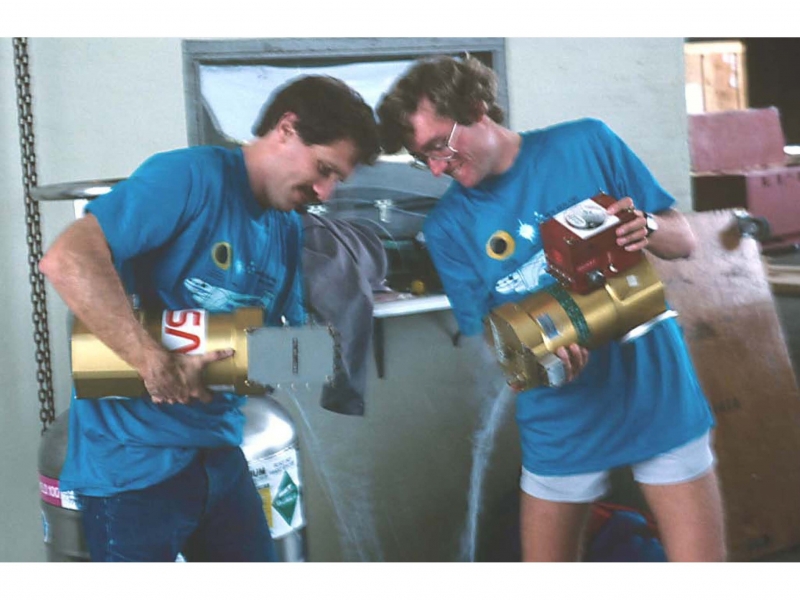 Tom Roellig and Greg Kopp emptying liquid nitrogen from the detector dewars prior to cooling them with liquid helium.

This photo was taken at the Andersen Air Force Base in Guam where dewars (cryogenic storage containers) were used to cool equipment used for far-infrared observations of a solar eclipse. 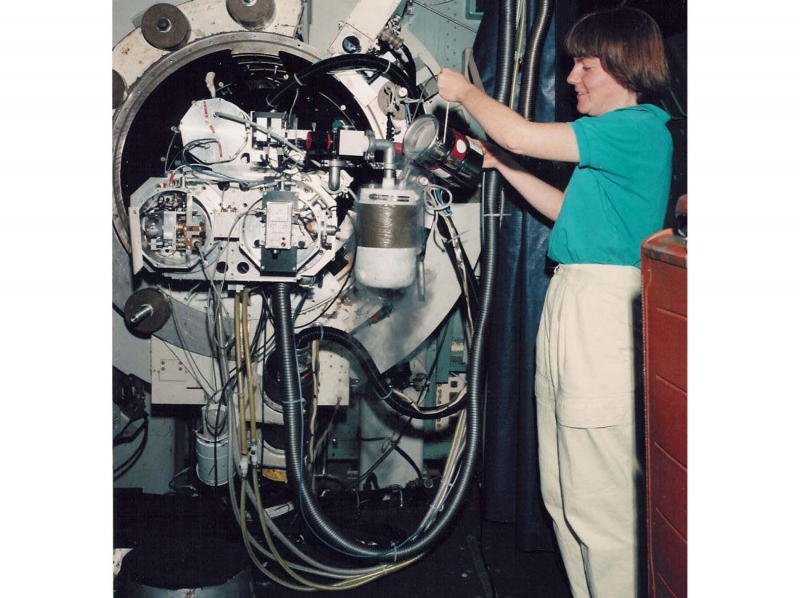 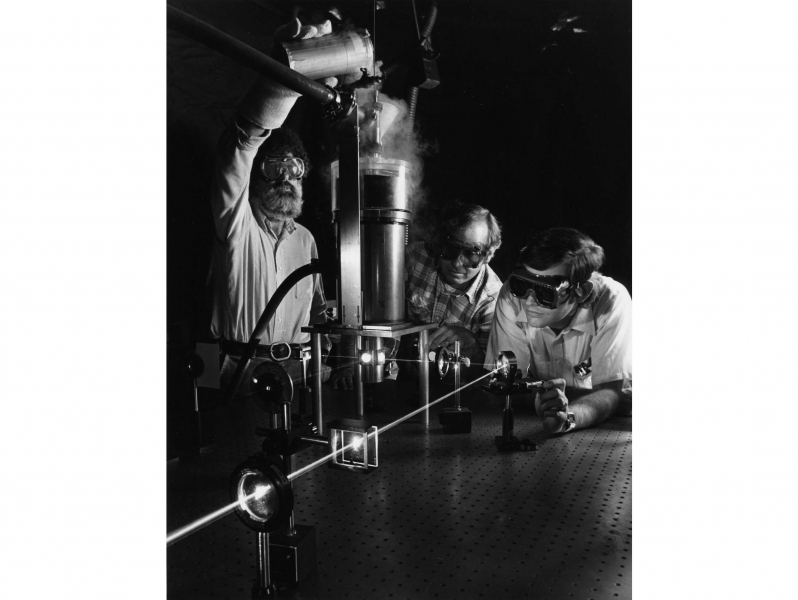 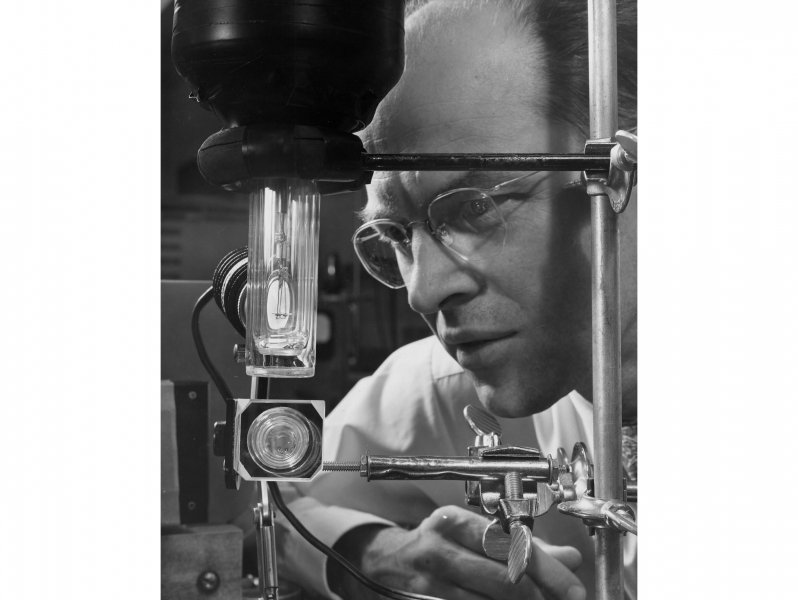 While working at General Electric in the early 1960s, Robert Hall led a research team that developed the semiconductor injection laser. Here, Hall observes a semiconductor crystal suspended inside a glass container filled with liquid nitrogen. The liquid nitrogen helps keep the device cool when large amounts of electric current are passed through.

Sarah Weirich is the library's Metadata Specialist. She earned a B.A. in Art History from St. Mary's College of Maryland and an MLIS from the University of Southern Mississippi. She processes new acquisitions and works to increase the accuracy and accessibility of the library's existing catalog records. One of Sarah's favorite books in the library is The Graphic Work of M.C. Escher. In her spare time, Sarah can be found watering the disturbing number of plants in her apartment.

More by this author:
END_OF_DOCUMENT_TOKEN_TO_BE_REPLACED

POTM: The Letter R
Discussing the New Book, The Soul of Genius, with Author Jeffrey Orens
POTM: The letter H
Pride Month Book Recommendations
What’s So Special About Nuclei and Particles
POTM: The letter S
From Artificial Radioactivity to Mainstream Medicine
Acquisitions Spotlight 2020
Optimism and Other Poems
The Search for Extraterrestrial Life in the Photo Archives