The JLMs of Ex Libris Universum

The JLMs of Ex Libris Universum

Or how to sound like a rare book expert, part 4

We are back for a fourth installment of alphabetically organized book vocabulary. Today, we continue to explore the Wenner Collection using vocabulary defined in John Carter and Nicholas Barker’s classic book, ABC for Book Collectors. We now dive into part four of the series, though we’re skipping around and focusing on the letters J,L, and M. Be sure to catch up on part one (A, B, and C), part two (D, E, and F), and part three (G, H, and I).

J is for Joints

“The use of joints for the exterior, hinges for the interior, junctions of the spine of a volume with its sides is to be encouraged, as a convenient distinction. Joints seldom need to be mentioned in the description of a copy unless there is something wrong with them; and the degree of their short-coming is likely to be indicated in the order rubbed, tender, weak, cracked, loose, defective, gone.” 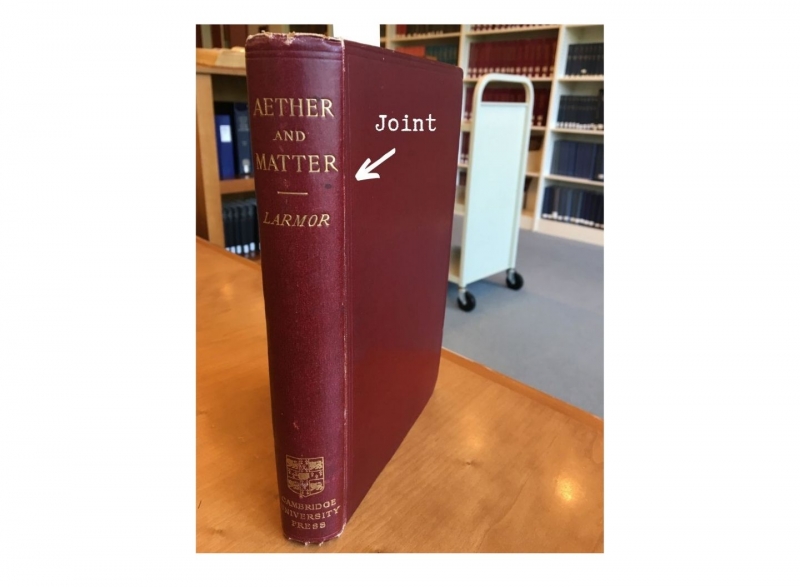 You probably rarely ever think about joints but we wouldn’t be able to open our books without them. And like human joints, they are often used and abused and occasionally need some TLC. Remember to take care of all your joints, whether biblio-related or not.

L is for Laid Paper

“Paper made, originally in a frame or mould, on a mesh of close-set, but distinguishable, parallel wires crossed at right angles by other wires set at a considerably wider, but variable, interval. The marks of these wires, visible in the finished paper when held up to the light, are called wire (or laid) lines and chain lines respectively. (wove paper is made on a mesh of wires woven together, and in its natural form shows no such marks.) Before about 1800 all paper, both laid and wove, was made by hand; some superior papers continued to be, and still are. Inevitably, paper-makers soon learned to impart to machinemade paper, manufactured on a continuous travelling wire web, the superficial characteristics of laid paper. In modern papers, therefore, it is not possible to distinguish hand-made from machine-made papers by the presence of chain lines or even of a watermark, since these may be present in a superior (or a pretentious) machine-made paper.” 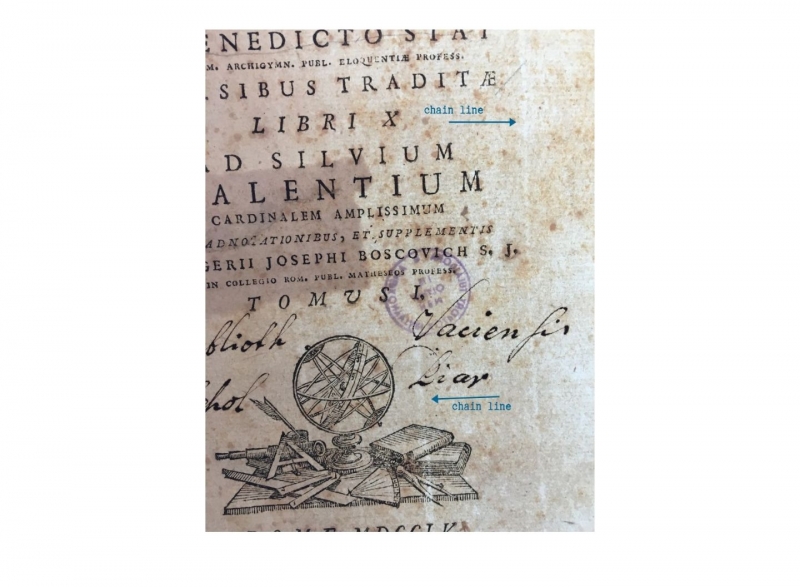 Here we have an example of laid paper from the 18th century. You can clearly see the lighter colored vertical chain lines from the mould. The next time you’re looking at a piece of paper, hold it up to the light and see if you can see chain lines like these.

M is for Misbound

“When a leaf or leaves, or an entire gathering, has been wrongly folded or misplaced by the binder, it is called misbound. Provided that nothing is missing, and that the amount of matter misbound is not too great or its misplacing too glaring, collectors commonly take a more charitable view of the result than readers.”

Misbound books can be frustrating, but don’t change the nature of the printed material. Misprints, on the other hand,  can cause quite a ruckus, as with the infamous “Wicked Bible” incident involving a 1631 reprint of the King James Bible. The “not” was omitted from the commandment “thou shalt NOT commit adultery” changing the meaning quite seriously. 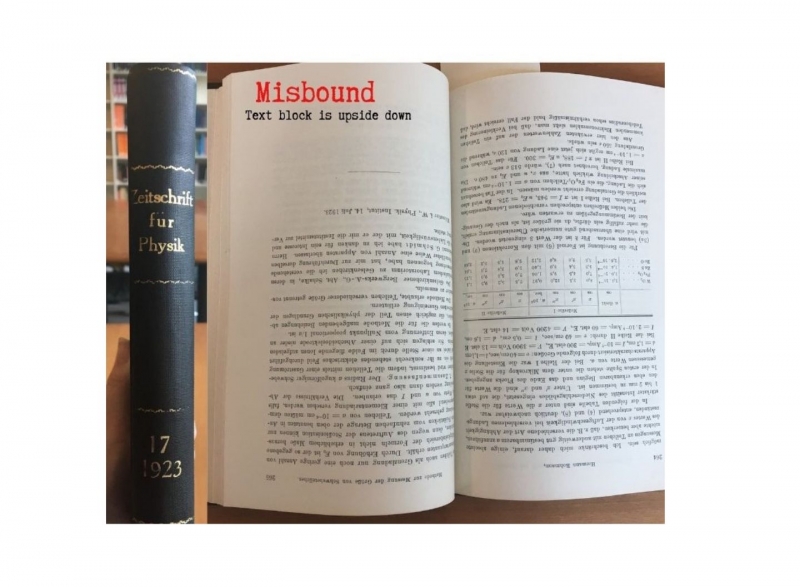 Allison Rein is the Associate Director of Library Collections & Services. She has a B.A. in history from UMBC and an MLS from the University of Maryland. She oversees the book collection at the Niels Bohr Library & Archives, and if she had to pick a favorite book in the entire collection it would be Radium Girls by Kate Moore.

More by this author:
END_OF_DOCUMENT_TOKEN_TO_BE_REPLACED