April Photos of the Month

"It is the stars, The stars above us, govern our conditions." (King Lear, Act IV, Scene 3)

“The fault, dear Brutus, is not in our stars, But in ourselves.” (Julius Caesar, Act I, Scene 2)

These quotes, taken from two well-known Shakespeare plays, act as an epigraph to "Synthesis of the Elements in Stars", the paper written by E. Margaret Burbidge, G. R. Burbidge, William Fowler, and Fred Hoyle. The paper was published by the Review of Modern Physics in October 1957 and is a rousing 100 pages long (approximately). As a non-scientist I cannot fathom- only respect- the idea of writing a technical piece of that length and complexity. As evidenced in "Synthesis of the Elements in Stars," as well as her other works and accomplishments, Eleanor Margaret (née Peachey) Burbidge was a remarkable scientist whom the world was supremely fortunate to have. Burbidge passed away on April 5th, 2020, after turning 100 years old just last fall. She will be remembered for her contributions to astronomy, which helped to change the way we now understand cosmic evolution, her services to scientific societies such as the American Astronomical Society, and her perseverance to take part in the field she was passionate about, despite the blatant gender discrimination that existed in the 1940’s (and beyond).

I want to keep the April photos of the month simple: let’s honor and celebrate the incredible life of Eleanor Margaret Burbidge with images taken throughout her career. 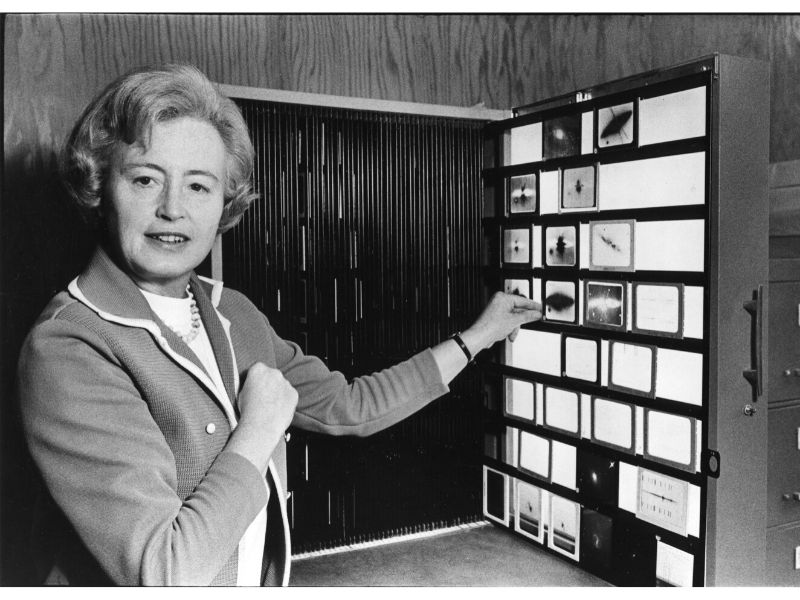 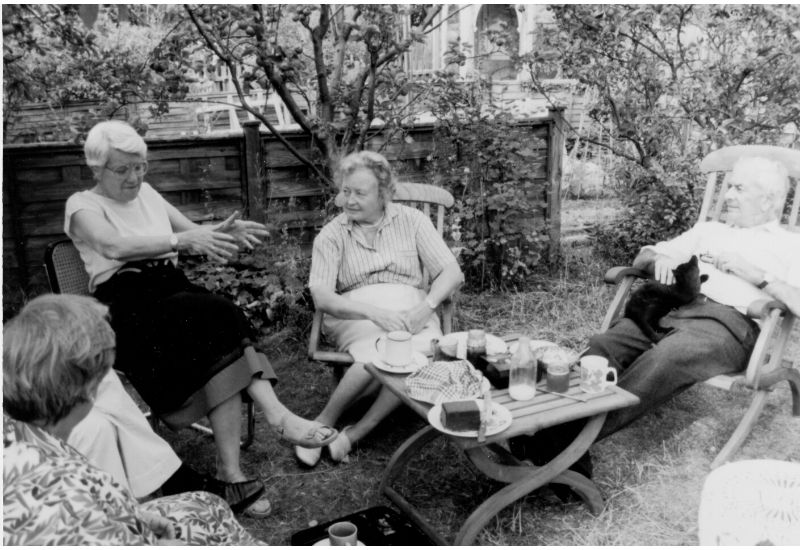 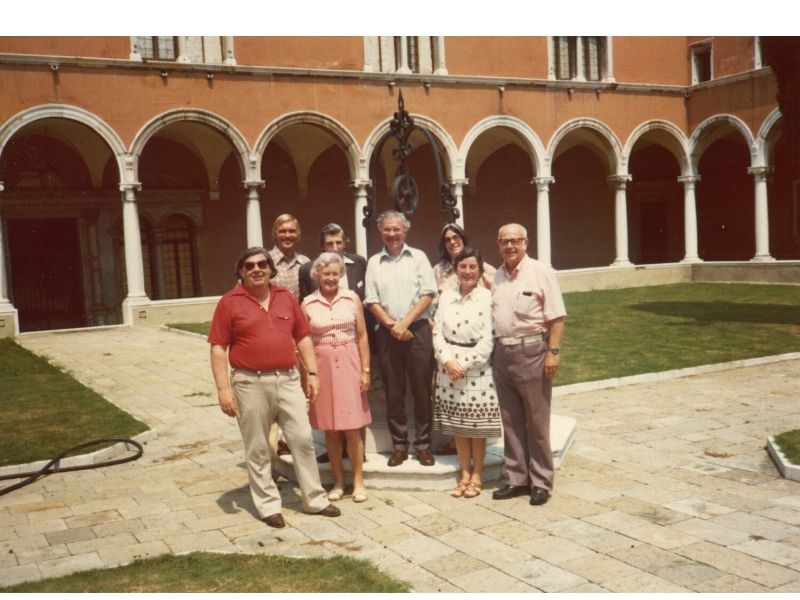 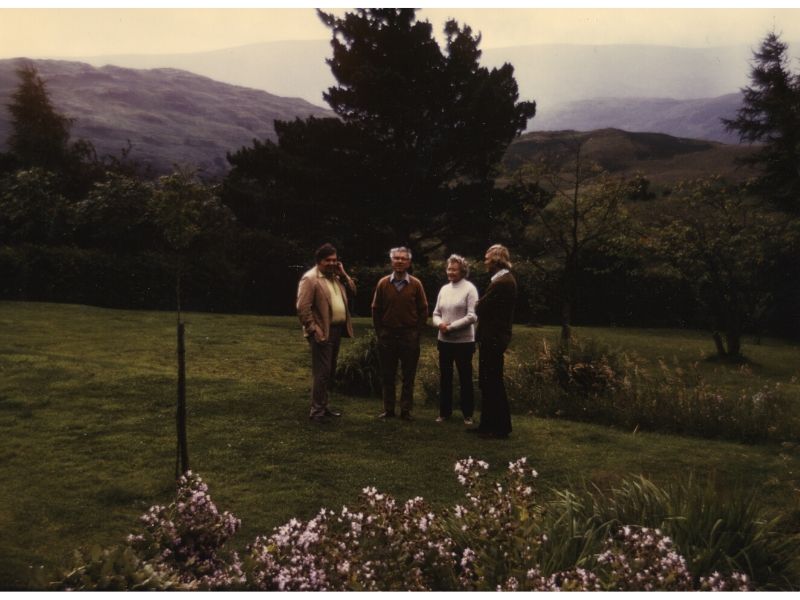 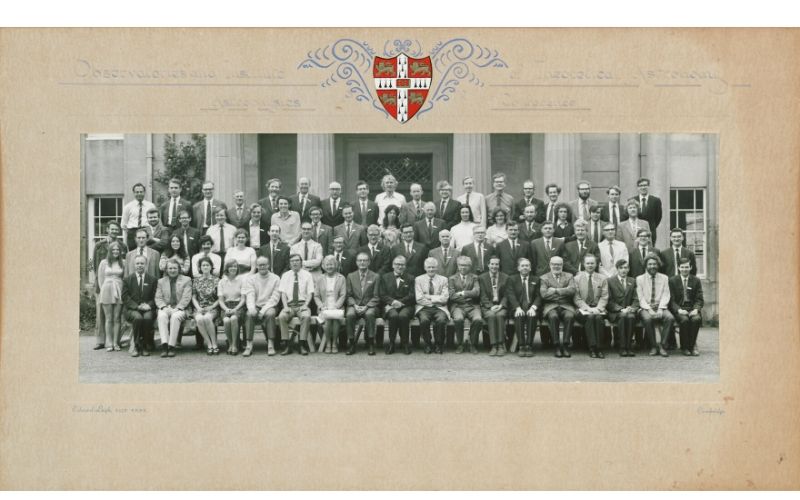 Large group portrait of the University of Cambridge Institute of Theoretical Astronomy 1974 Conference 'Supernovae,' which Margaret Burbidge attended. She can be seen toward the center of the first row. 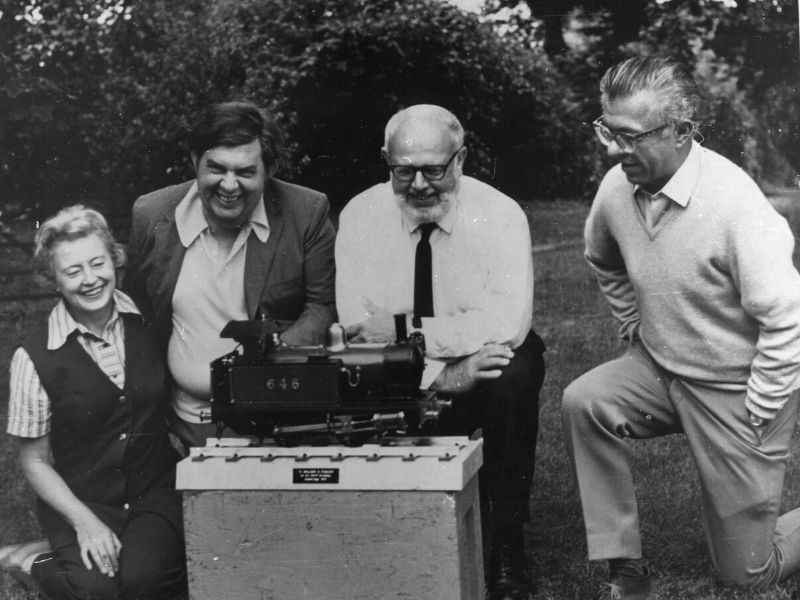 E. Margaret Burbidge, Geoffrey Burbidge, William A. Fowler, and Fred Hoyle with the steam train presented to William Fowler in July 1971 at the conference on massive objects organized in honor of his 60th birthday. 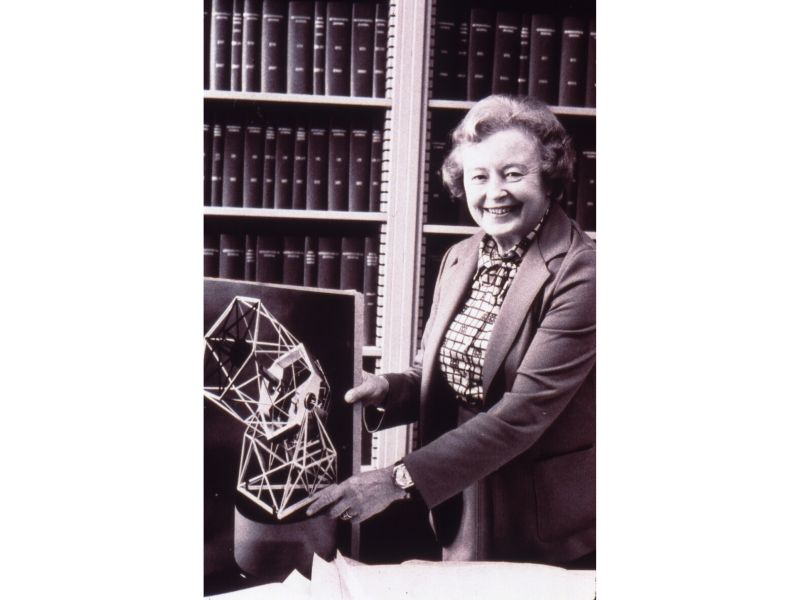 Margaret Burbidge holding a photograph of a model of a telescope.

Lastly, I wanted to share this lovely quote from Burbidge's oral history interview. 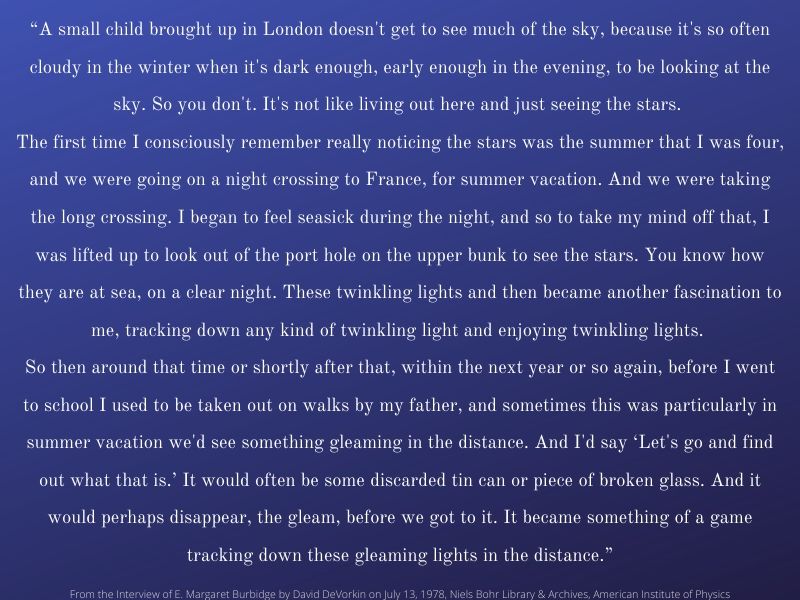 I highly recommend you take some time to read what else Burbidge had to say in her oral history interview with David Devorkin. In it, she discusses her childhood, family, education, some of the struggles she faced as a woman in her field, and details some of the relationships and collaborations she had with other scientists. It is a fascinating read; one which really solidified my admiration for Burbidge. I am confident her life and contributions to science will continue to inspire others.

Thanks for joining me for the April photos of the month! We’ll be back next month to share more images with you from the Emilio Segrè Visual Archives.

More by this author:
END_OF_DOCUMENT_TOKEN_TO_BE_REPLACED

Thanks, as always, for the fascinating history of the people in physics and related sciences.

I believe the caption, "Margaret Burbidge holding a photograph of a model of a telescope," is not correct. Rather, she is holding a black board with a wooden frame around it so that the real (not a photograph) model telescope, on a small cylindrical pedestal, can be seen against the visually busy background of shelves of books. A sharp photographer would have realized that the model would not be readily visible against a complicated background, and improvised a backdrop that enhanced its visibility.

Georges-Louis Leclerc, Comte de Buffon (1707-1788)
The Blustine Collection
For the Love of Books
#1Lib1Ref: A Wikipedia Challenge
For the Love of Information
Physics in the Family
From Lone Genius to Wisdom of the Crowd: Hyperauthorship in High-Energy and Astrophysics
The Meteorologist, the Library, and the Hurricane
Q&A with a Book Donor
The One Where We're Thankful