Results from the Enrollments and Degrees and Academic Workforce Surveys

This report presents data on the relative size of undergraduate physics and astronomy programs.   Size is measured in both the number of bachelor's degrees awarded and the number of full-time equivalent (FTE) faculty members that are at the department.  This Focus On is intended to assist departments by presenting data that will permit them to see where they fit on the national landscape of physics and astronomy bachelor's degree production.

The size of physics and astronomy departments varies greatly depending on the characteristics of each institution. The data presented in this report provide an overall view of the relationship of full-time equivalent (FTE) faculty to the number of physics and astronomy bachelor’s degrees conferred. Department’s missions are not homogenous, so this relationship is not a measure of productivity. Rather, interested parties can compare their departments with others. 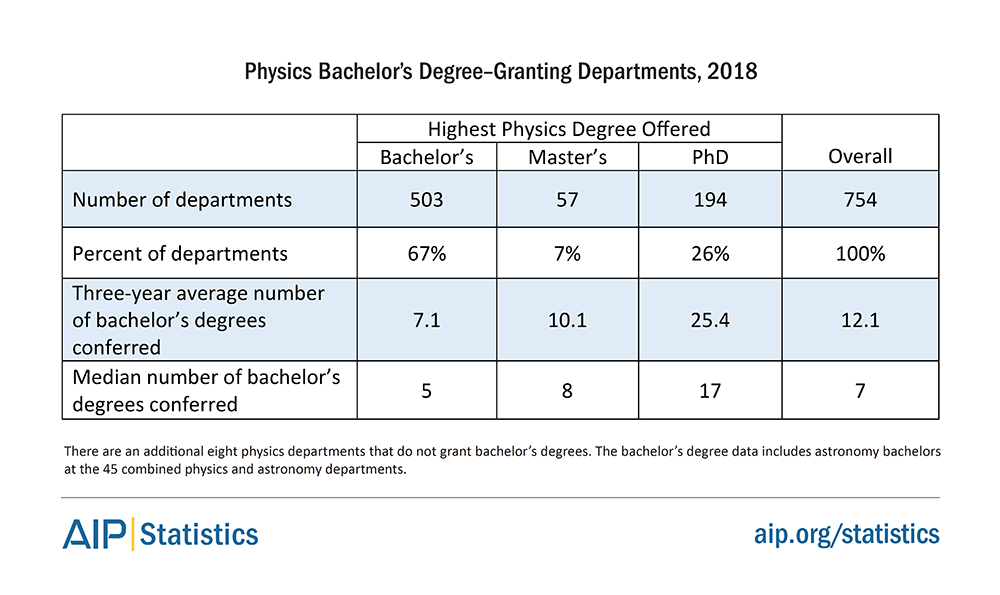 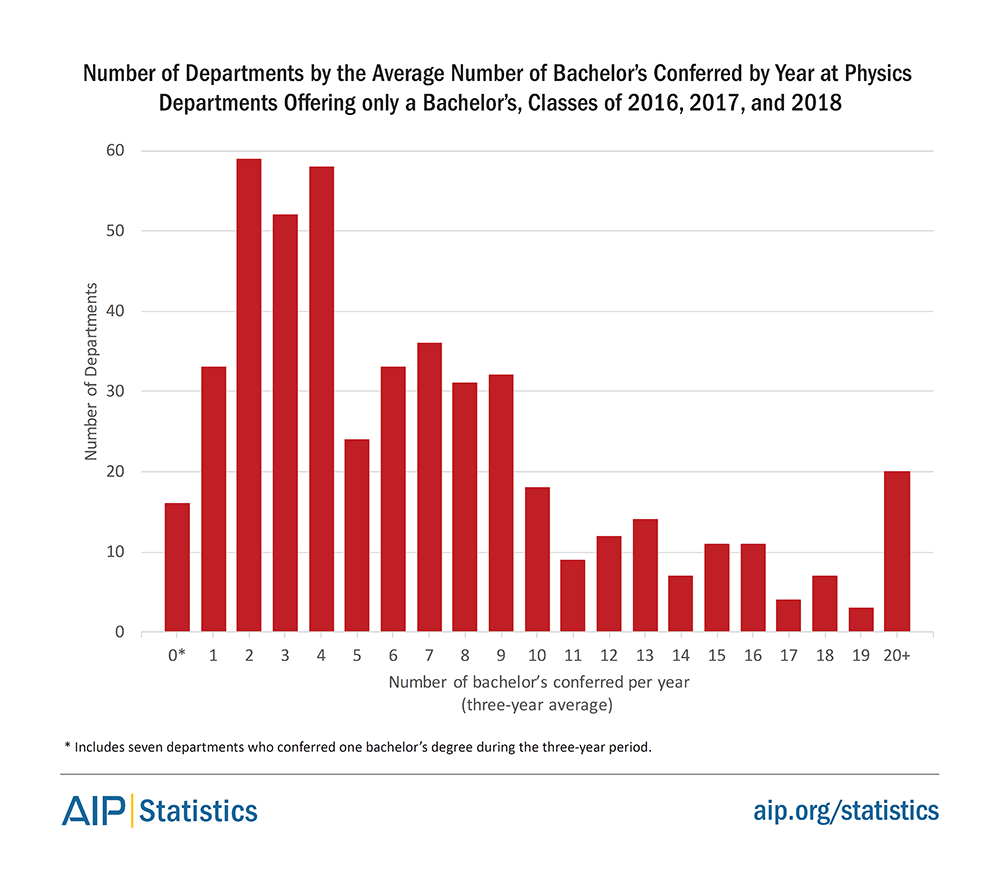 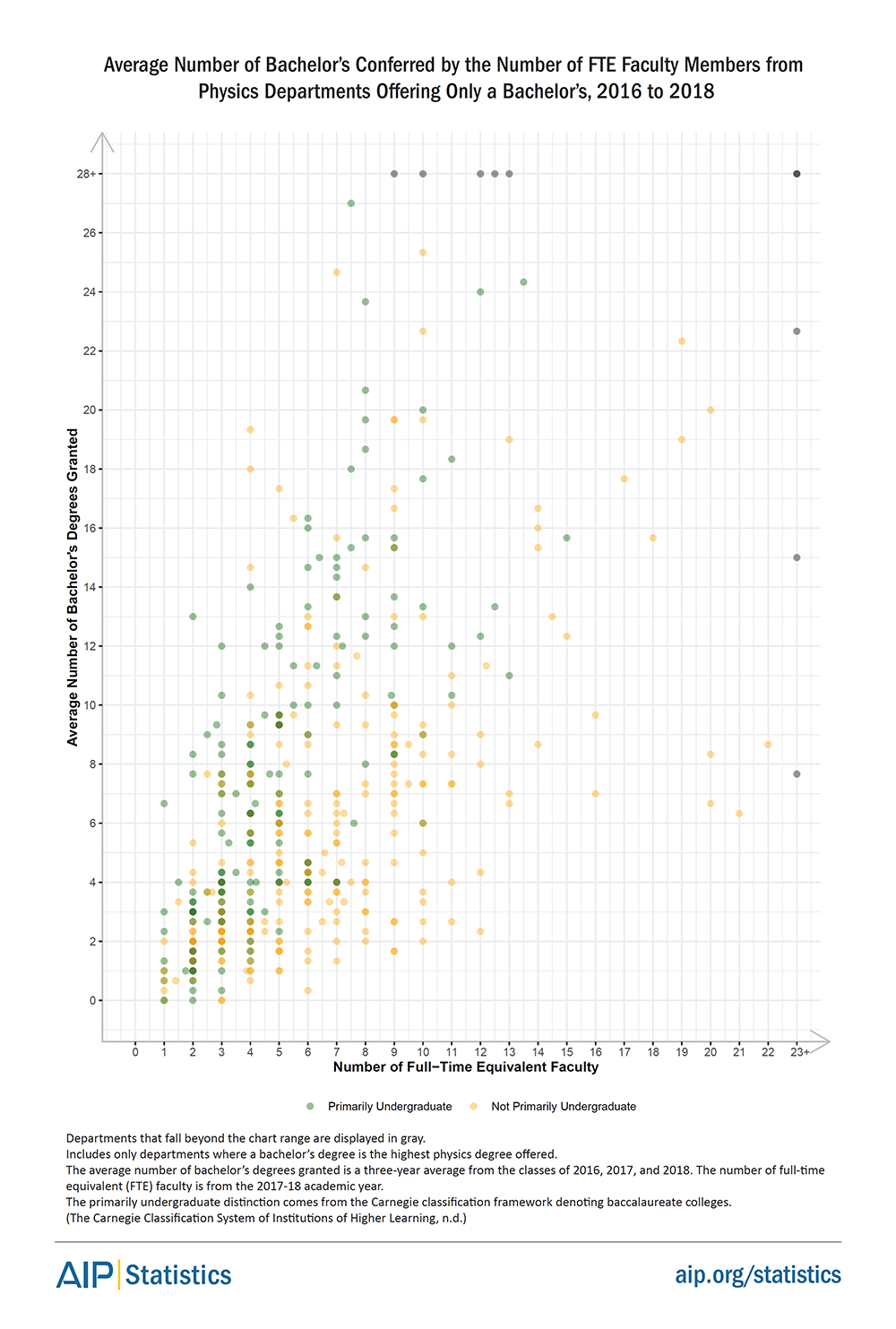 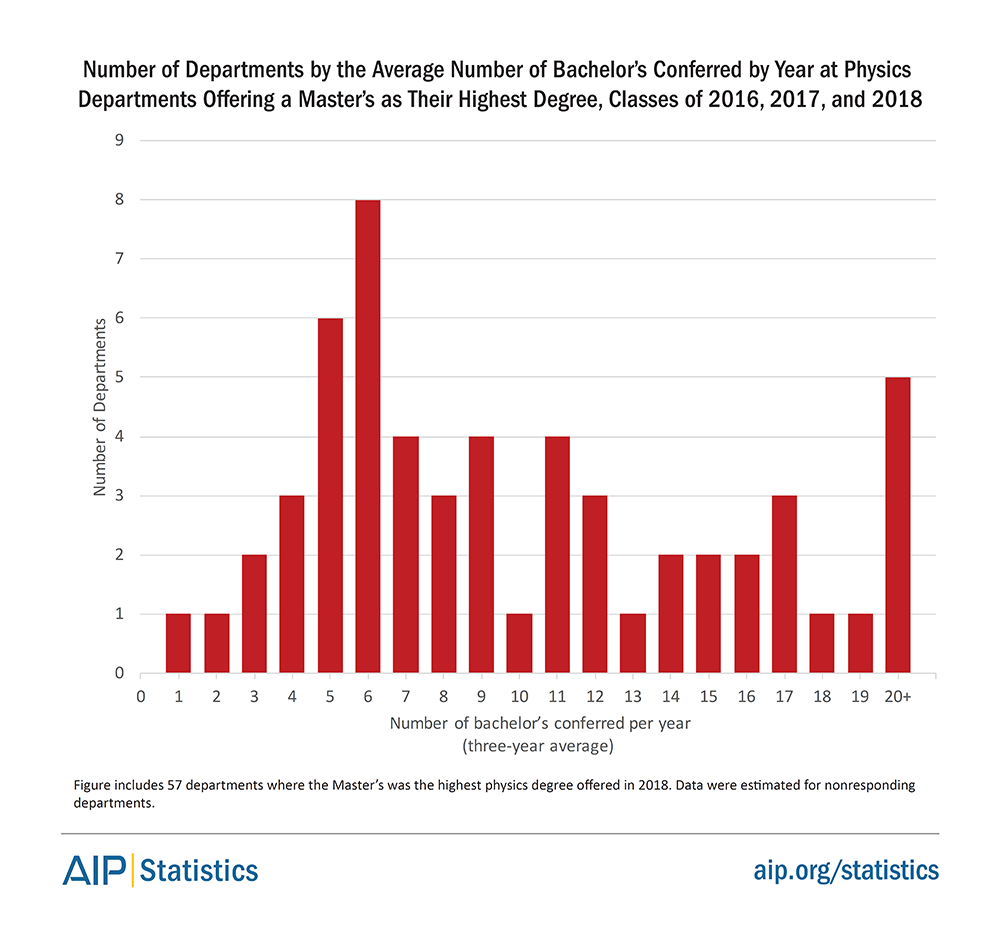 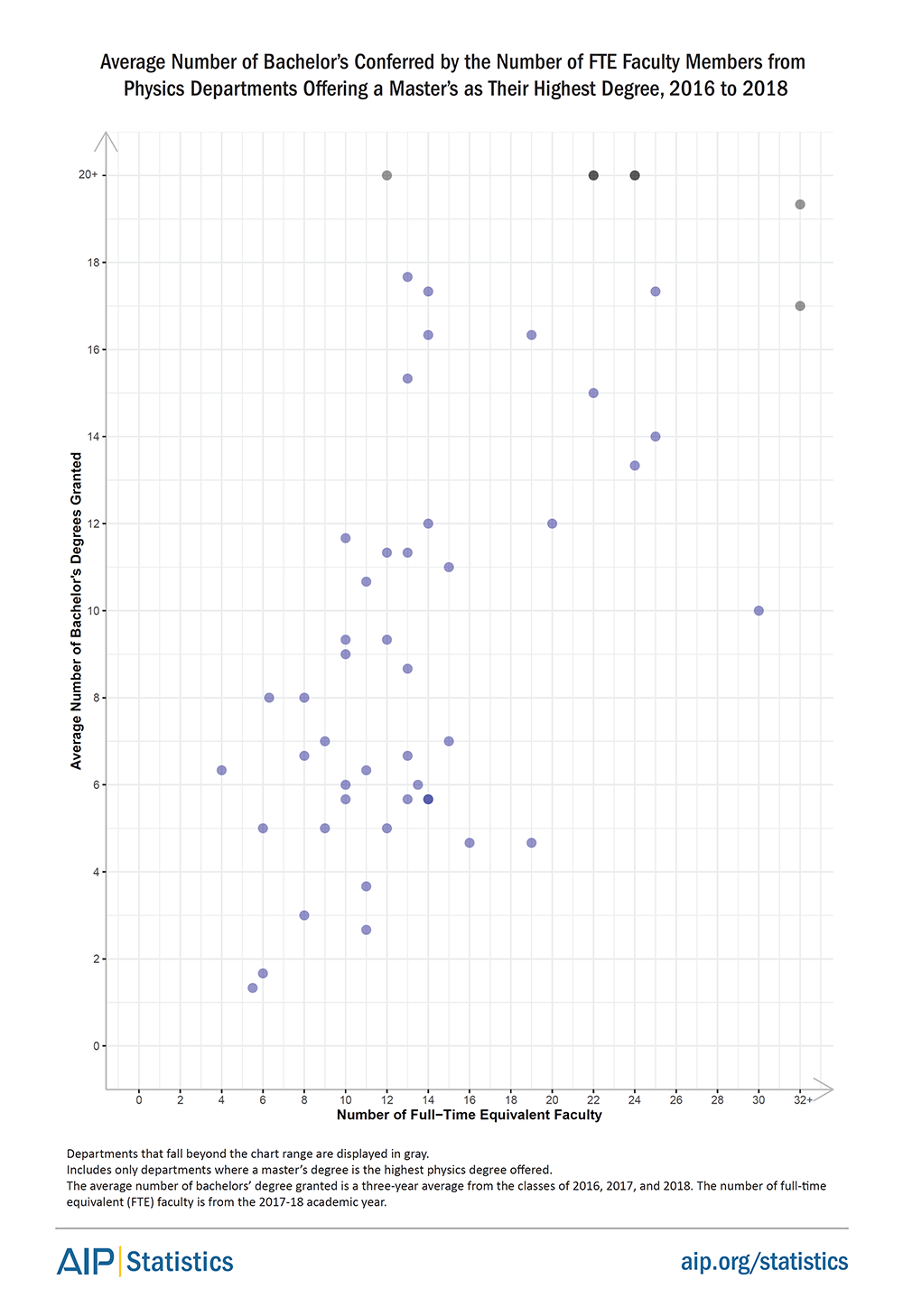 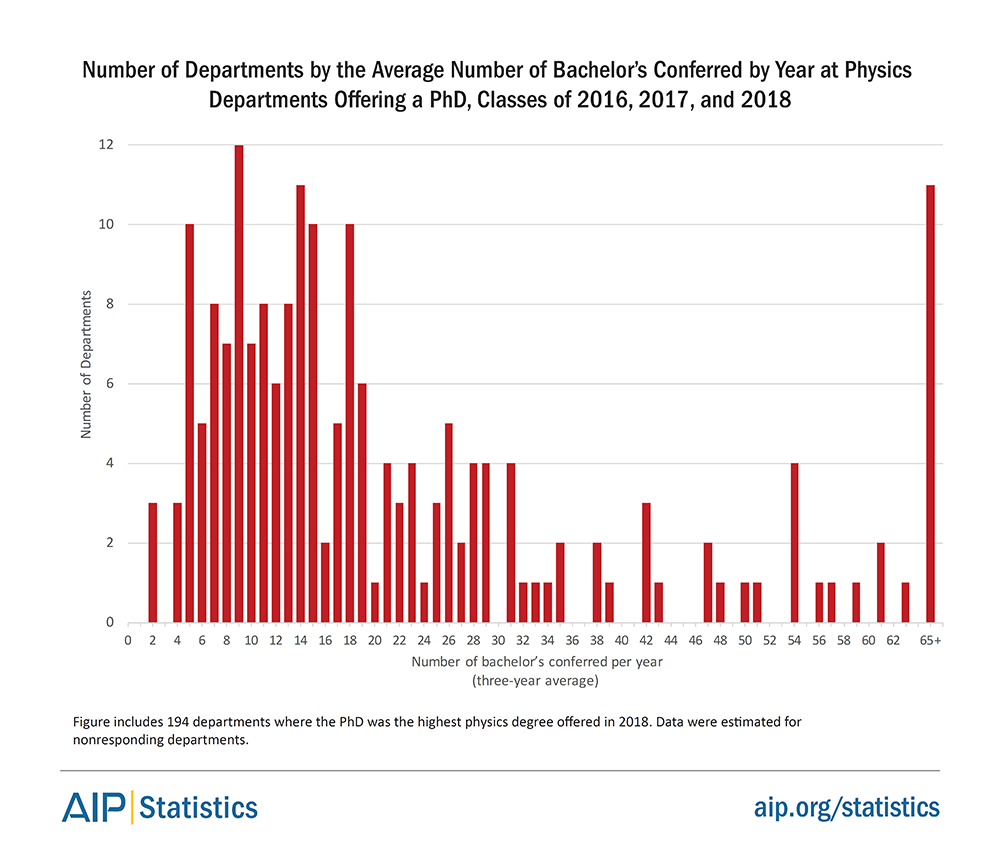 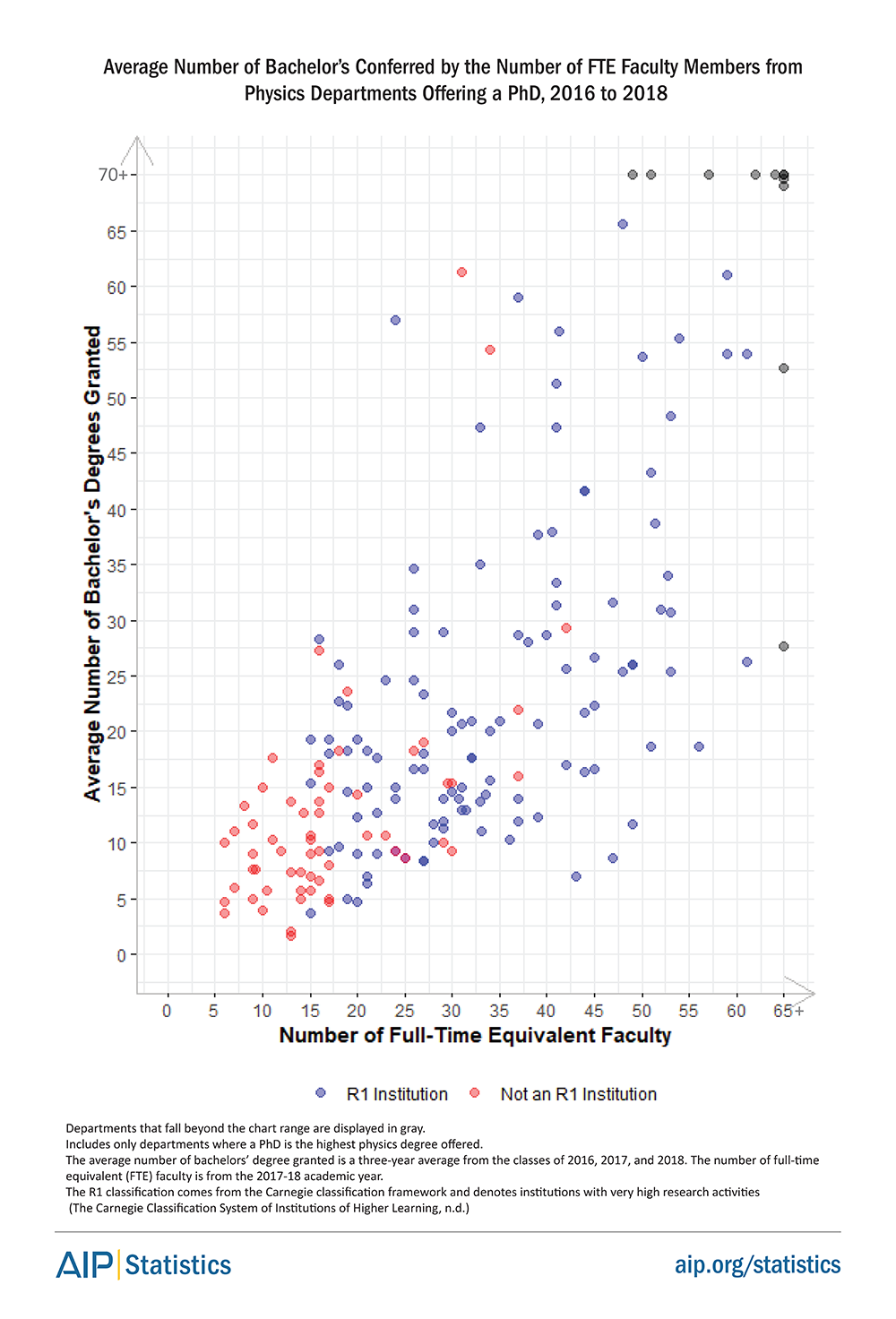 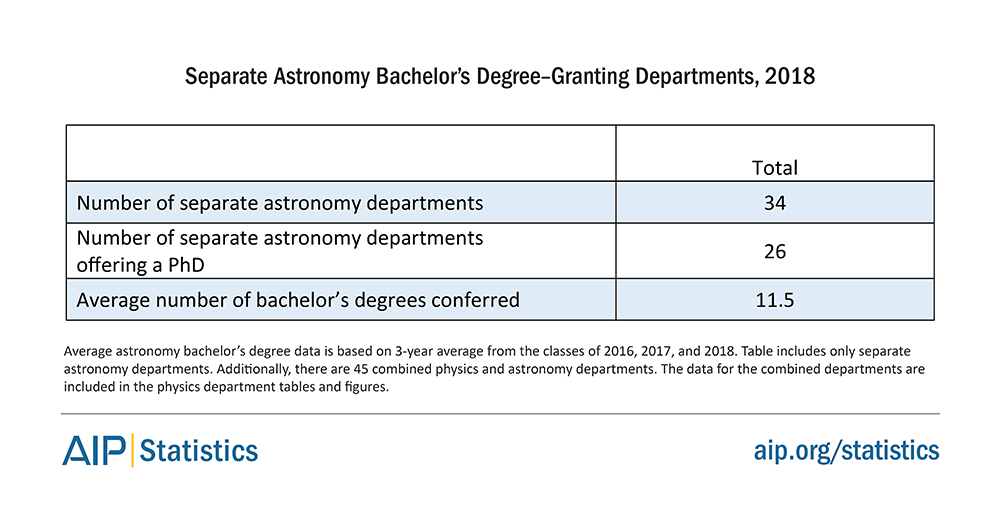 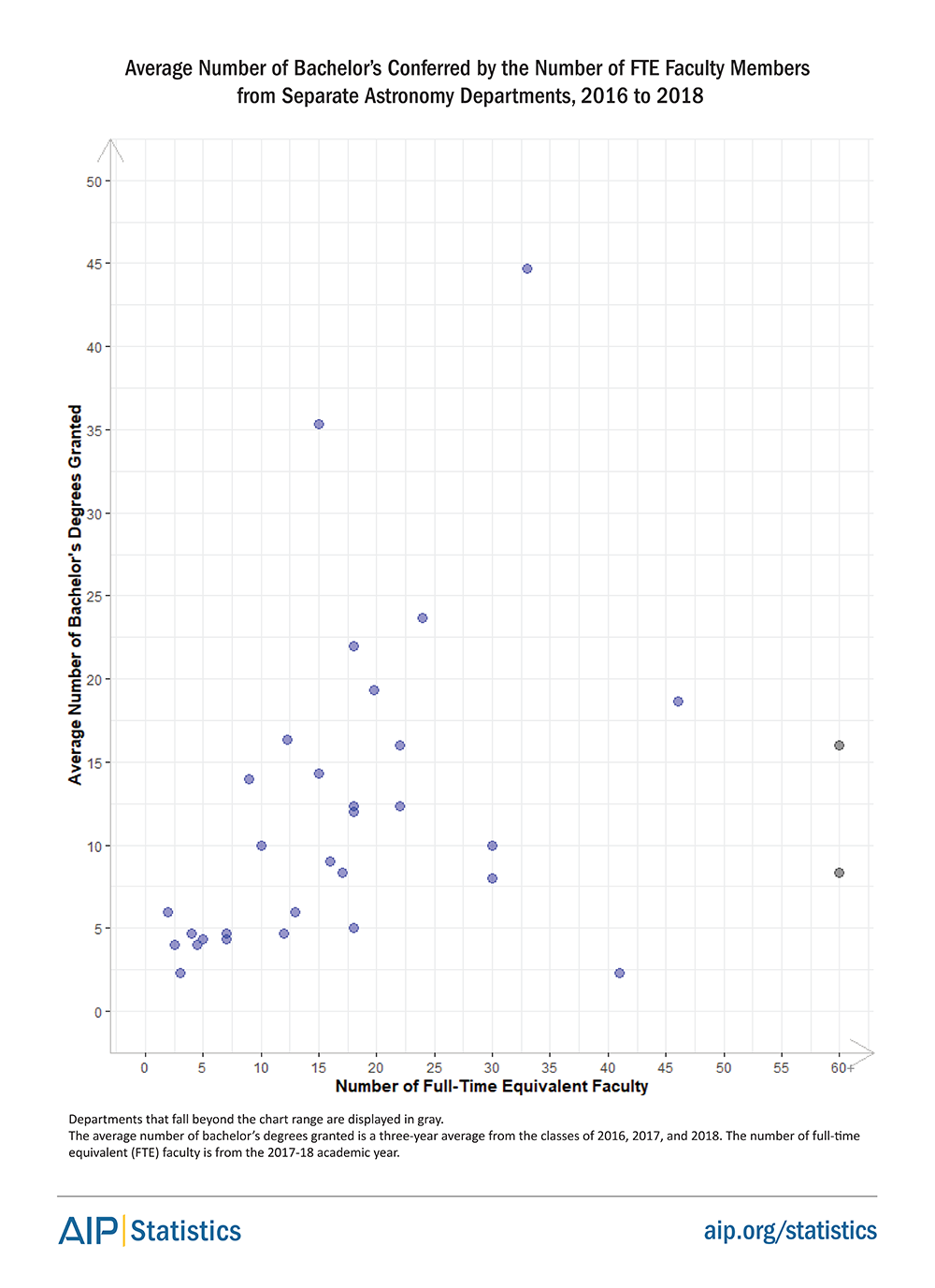 This Focus On uses data from two AIP departmental surveys, the 2018 Academic Workforce Survey and the Survey of Enrollments and Degrees. The Academic Workforce Survey has been conducted every two years since 1986. Departments are asked to provide the number of full-time equivalent faculty members in their department. The data in this Focus On is for the number of faculty in the 2017–18 academic year. The Survey of Enrollments and Degrees is conducted annually in the fall and collects the number of bachelor’s degrees conferred at each department. The data in this Focus On comes from the classes of 2016, 2017, and 2018. Data were estimated for nonresponding departments.

In 2018, the Indiana University Center for Postsecondary Research released an update to the Carnegie Classification of Institutions of Higher Education, which is a framework for describing institutions based on institutional characteristics.

The full definitions for the 2018 Basic Carnegie Classification are located here:  https://carnegieclassifications.iu.edu/classification_descriptions/basic.php.