Although the new year might bring partisan gridlock in Congress, a bipartisan push for a major R&D initiative could materialize. Meanwhile, more routine science policy matters will be affected by turnover in congressional committee leadership. 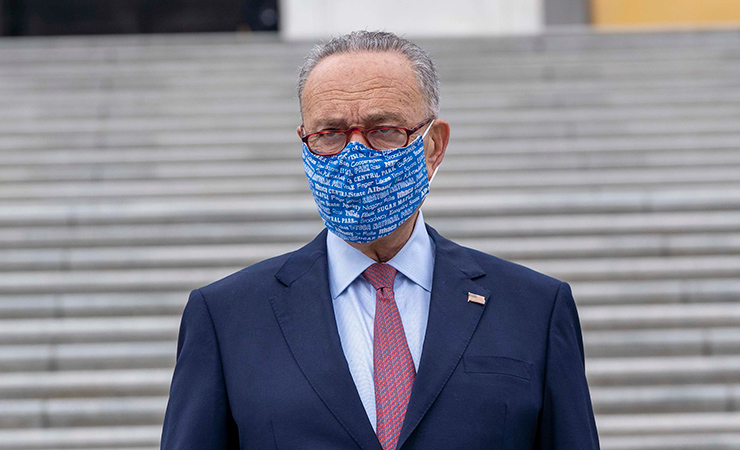 Senate Minority Leader Chuck Schumer (D-NY). Whether or not he becomes majority leader in the next Congress, a broad bipartisan consensus will likely be needed to advance his plans to spend an additional $100 billion on strategically important R&D over the next five years.

Although former Vice President Joe Biden defeated President Trump in this month’s election, Democrats in Congress have found themselves with a diminished majority in the House and a net gain of only one seat in the Senate. Unless they prevail in the runoff elections for both of Georgia’s Senate seats on Jan. 5, Republicans will retain their decisive role in passing legislation and confirming nominations for top-level executive branch jobs.

Regardless of who controls the Senate, when the 117th Congress is seated in early January there will also be more granular changes in the power dynamics surrounding science policy. Two subcommittee chairs overseeing science agencies lost their seats in the election, while retirements and reshuffling within the Democratic and Republican caucuses mean many important decisions concerning science policy and funding will rest in new hands.

Before then, though, the 116th Congress will wrap up its business during its so-called “lame duck” session. Among the top priorities are finishing a new pandemic relief package, finalizing appropriations for the current fiscal year, and passing Congress’ annual defense policy update. Lawmakers do not necessarily need to complete these tasks, as the next Congress could pick them up with minimal delay, but leaders in both parties have expressed interest in starting 2021 with a clean slate.

Looking forward to the Biden administration, Democrats will face extreme difficulties in making any aggressive push on priorities such as climate change mitigation. Even if they gain a bare majority in Senate, at least one Democrat, Sen. Joe Manchin (D-WV), has said he will not assent to dismantling the filibuster, meaning most legislation would require some Republican support to advance. Similarly, if the Republicans control the Senate, Majority Leader Mitch McConnell (R-KY) will decide what bills are even put up for votes.

However, R&D spending is one area where a major initiative may be possible. Some Republicans in both the House and Senate have signaled support for expanding federal funding of energy innovation as a way to combat climate change. Some also argue the government should take a stronger role in promoting strategically important technologies to counter investments by the Chinese government. Among this group, Sen. Marco Rubio (R-FL) has even called for the U.S. to adopt an industrial policy, a subject that has historically been anathema in conservative circles.

Several options for such pushes are already on the table. For instance, a major semiconductor R&D and microelectronics production initiative is on the cusp of inclusion in the forthcoming defense policy update. Less far along, the Endless Frontier Act, sponsored in the Senate by Minority Leader Chuck Schumer (D-NY) and Sen. Todd Young (R-IN), aims to spend $100 billion over five years on an array of technologies through a massive new directorate attached to the National Science Foundation.

In the House, Democrats have put forward an ambitious climate plan that includes major spending increases on R&D and technology commercialization, aspects of which are reflected in a clean energy bill they passed largely along party lines in September. In their fiscal year 2021 spending bill, House Democrats have also included $23.5 billion for the Department of Energy in one-time “emergency” stimulus funding. However, House Science Committee Republicans have helped lead opposition to such plans and instead propose doubling budgets for earlier-stage research across various agencies.

At the moment, Democratic leaders are expressing hope some sort of infrastructure and innovation package can be negotiated early in the Biden administration. According to a call readout, last week Schumer, House Speaker Nancy Pelosi (D-CA), and President-elect Biden discussed the “importance of finding bipartisan solutions to create millions of good-paying union jobs, including through investments in infrastructure, manufacturing, research and development, and clean energy.”

But despite bipartisan interest in R&D spending, partisan conflict could always derail negotiations. For instance, Sen. Lindsey Graham (R-SC), who hopes to chair the Senate Budget Committee, has already signaled a renewed interest in reducing the deficit just as the caps on federal spending imposed by the Budget Control Act of 2011 are set to expire.

Gridlock could also set in over matters such as confirmation of Biden’s appointments to senior federal leadership positions, including at science agencies. During the Obama administration, particularly in its second term, a number of nominations for science leadership positions languished in the Senate, and a few never received votes. 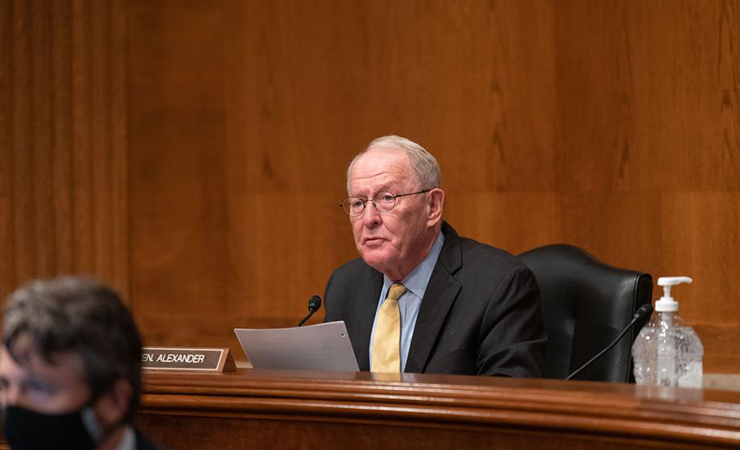 Sen. Lamar Alexander (R-TN) is retiring from Congress in January. As the lead Senate appropriator for the Department of Energy, Alexander has advocated increases in energy R&D funding.

Major legislative initiatives aside, more routine matters of science policy will be affected by changeover in congressional committee leadership as well as the broader political dynamics at play.

One of the most significant gaps will be left by retiring Sen. Lamar Alexander (R-TN), the Senate’s lead appropriator for the Department of Energy. Alexander proposed two years ago that Congress should double funding for federal energy research  and he has consistently advocated for DOE’s national laboratories. Sens. Susan Collins (R-ME) and Lisa Murkowski (R-AK) are the next two in line for his committee slot. Both have taken a significant interest in energy innovation, but they are already chairing other appropriations panels and may wish to keep those spots.

The lead appropriator for DOE in the House, Rep. Marcy Kaptur (D-OH), is making a bid to chair the full Appropriations Committee, since the current chair Rep. Nita Lowey (D-NY) is retiring. Also retiring is Rep. José Serrano (D-NY), the House’s lead appropriator for NASA, NSF, the National Oceanic and Atmospheric Administration, and the National Institute of Standards and Technology. Rep. Matt Cartwright (D-PA) is next in line for his job.

Among the committees responsible for overseeing science agencies, the most notable development is that Murkowski has reached her term limit as chair of the Senate Energy and Natural Resources Committee. Alongside Sen. Manchin, the committee’s top Democrat, she has sought to advance a sweeping policy update for DOE and her departure could complicate the legislation's path forward if it does not cross the finish line during the lame duck.

Sen. Cory Gardner (R-CO), who chairs the Senate subcommittee that oversees NOAA, NIST, and NSF, lost his seat in the election to former Colorado governor John Hickenlooper, who began his career as a petroleum geologist. Gardner was a main sponsor of the American Innovation and Competitiveness Act, a major cross-agency science policy update that Congress passed in 2016.

Among the newly elected swing-district Democrats who took leadership roles on the House Science Committee in 2019, only Space Subcommittee Chair Kendra Horn (D-OK) did not win reelection. Horn has been a key skeptic of NASA’s plans to return astronauts to the lunar surface in 2024 and is sponsor of a pending policy bill that aims to keep the agency focused on Mars exploration.

While the Republican and Democratic caucuses in the House and Senate have already started to name some leaders for the next Congress, committee assignments are usually finalized in January.

In the remaining weeks of the current Congress, lawmakers have a long list of bills they would still like to pass. Foremost among them is a new round of pandemic relief legislation, which has been stuck at an impasse since May, primarily due to disagreements over how broadly or narrowly it should be targeted. Universities are among the groups hoping to receive funding, including roughly $25 billion via science agencies to defray pandemic impacts on researchers and their projects.

Congressional leaders also hope to finalize appropriations for fiscal year 2021, which began Oct. 1. After months of delay, the Senate finally released its spending proposals last week in preparation for negotiating a final package with the House. The stopgap measure that has been funding the government is due to expire on Dec. 11, and either a deal will need to be reached by then or a new extension passed to avert a shutdown.

Three major policy bills with implications for science are also awaiting action. Foremost among them is the annual National Defense Authorization Act, which this year focuses heavily on strengthening the U.S. national security “innovation base.” Although leaders on the House and Senate Armed Services Committees believe reaching a final deal will not take long, President Trump could complicate matters if he holds to his veto threat, primarily over a provision to rename military bases named after Confederate leaders.

The prospects are hazier for Murkowski and Manchin’s energy policy bill. Although a deal has reportedly been reached on an amendment to phase out hydrofluorocarbons, which waylaid the legislation this spring, there is little time to reconcile the bill with the House’s clean energy bill. Similarly, although the Senate and House have advanced competing NASA policy bills, there have been no firm signs that lawmakers are close to agreeing on a final version.